Iran Sanctions Relief: What It Means

Samuel Cutler and Erich Ferrari explain how the Obama administration would implement the reported sanctions relief proposed to Iran by the P5+1 at the Almaty talks. 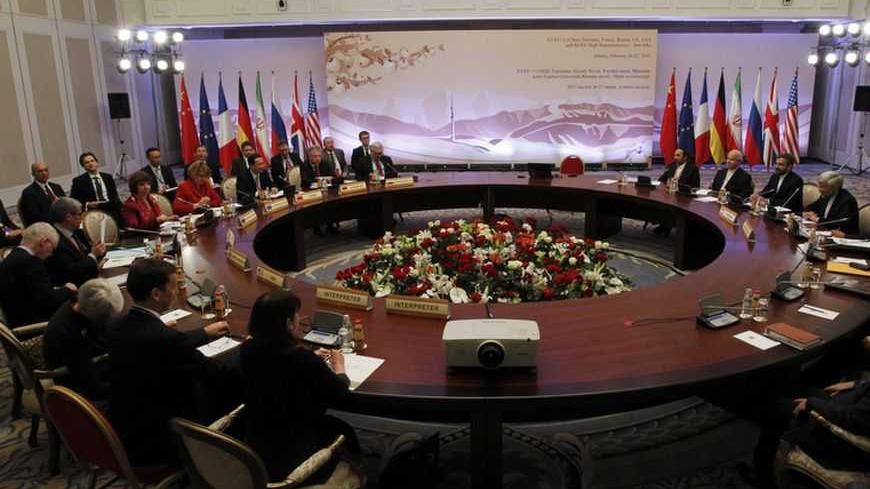 As negotiations in Almaty, Kazakhstan, entered their first day, Al-Monitor’s Laura Rozen has reported that the P5+1 plans to offer Iran sanctions relief in a number of different areas in exchange for shutting the underground Fordow enrichment facility, ending 20% uranium enrichment, and shipping out its existing 20% stockpile. While previous leaks had only mentioned easing restrictions on using gold as a payment method for Iranian imports, the new report states that sanctions on Iran’s petrochemical industry, as well as some “small scale banking sanctions” are on the table. This invites the question: How would the United States go about lifting these sanctions?

— Background: On July 30, 2012, President Barack Obama signed Executive Order 13622 which, among other measures, authorized blocking measures against any person who has “has materially assisted, sponsored, or provided financial, material, or technological support for … the purchase or acquisition of … precious metals by the Government of Iran.” The primary target of this order was the growing use of gold by Turkey as payment for Iranian natural gas. However, in order to maintain good relations with Ankara, the Obama administration declined to issue any sanctions pursuant to the order. Congressional sanctions imposed by the Iran Threat Reduction and Syria Human Rights Act (ITRA) of 2012, which went into effect on Feb. 6, 2013, have largely ended the practice, as the legislation amends the National Defense Authorization Act of 2012 to include precious metals in the definition of prohibited financial transactions and requires payments for petroleum products by countries who have received a presidential waiver to be credited to a local account. Sec. 1245 of the National Defense Authorization Act of 2013 also mandates the imposition of sanctions under the Iran Sanctions Act of 1996 (ISA) on individuals or entities engaged in the sale of precious metals to Iran.

— How would relief be provided? The president has the authority to amend a previously issued executive order and thus can remove sec. 5(a) of Executive Order 13622, which applies to the trade in precious metals. Sec. 1245(d)(5) of the 2012 NDAA as amended by the ITRA authorizes the president to waive sanctions for renewable 120-day periods if he determines that it is in the interest of the United States. Sec. 1245(g) of the 2013 NDAA contains a similar, 180-day renewable waiver. Through this authority, the president could issue a limited waiver to exempt authorizing the use of gold or other precious metals as payment for Iranian petroleum products, including natural gas. Waivers do not necessitate the lifting a particular sanction in toto, they can be used to modify existing measures. For instance, prior to leaving office in 2009, President George W. Bush issued a limited waiver of certain parts of the Tom Lantos Block Burmese JADE (Junta’s Anti-Democratic Efforts) Act of 2008.

— Background: Sec. 201 of the ITRA amended sec. 5(a) of the ISA to include the provision of goods, services, technology, or support to the development and purchase of petrochemical products to Iran to the list of sanction-able activities. The definition of “petrochemical products” in the ITRA includes “any aromatic, olefin, or synthesis gas, and any derivative of such a gas, including ethylene, propylene, butadiene, benzene, toluene, xylene, ammonia, methanol, and urea.”

— How would relief be provided?: Pursuant to sec. 4(c)(1)(a) of the ISA, the president is authorized to waive sanctions contained in 5(a) if he determines that a waiver is “vital to the national security interests of the United States.”

— Background: Without knowing the specifics of the P5+1’s offer and given the diverse and interconnected web of US financial sanctions, it is obviously impossible to know exactly what legal framework applies. One possible option would be to offer indemnity to US and foreign financial institutions that process humanitarian transactions. Exports of some humanitarian goods to Iran have suffered over the past year in part due to the reluctance of foreign financial institutions to process the financial transactions necessary to conduct trade.

— How would relief be provided?: The Treasury Department could amend 31 CFR 560, the Iranian Transactions and Sanctions Regulations, to include an indemnity clause for financial institutions who process transactions that fall into categories normally authorized by a general or specific license, and who carry out mandated due diligence efforts in relation to those transactions.

The majority of these potential steps do not take any sanctions legislation or actions off the books, which could be problematic for negotiations; as noted in a recent report by the International Crisis Group, waivers are “short-term and easily reversible steps [that] are unlikely to prompt meaningful Iranian concessions.” Because the removal of congressionally-mandated sanctions on Iran is linked to issues outside the nuclear program, a full removal seems unlikely given the current political climate on Capitol Hill, though dynamics could change if it appeared a deal were within reach that satisfied US goals. At the same time, the use of waivers is preferential for the United States, at least in the short term, to hedge against evidence of Iranian non-compliance. They are also not subject to any Congressional approval, leaving US negotiators the freedom to sanctions offer relief as they deem necessary.