US Loosens Sanctions On Medicine Sales to Iran

The Office of Foreign Assets Control has quietly revised some key aspects of the Iranian sanctions, allowing US companies to sell certain medical supplies to Iran. Samuel Cutler and Erich Ferrari write that while these steps could alleviate some humanitarian issues, in no way should this move be interpreted as a general easing of sanctions. 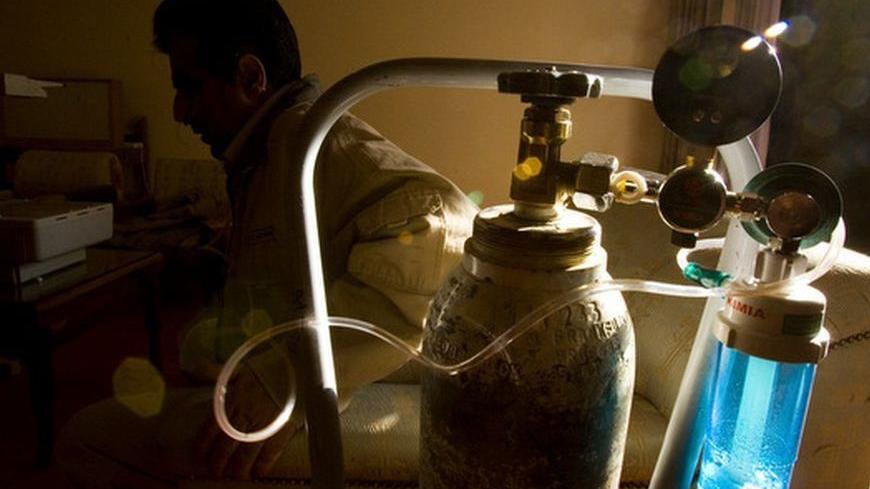 An Iranian man, who was injured in an Iraqi chemical attack during the 1980-1988 Iran-Iraq war, uses oxygen as he waits for a doctor at a government-sponsored medical gathering of visiting doctors in the city of Esfahan, 450 km (281 miles) south of Tehran, Oct. 20, 2007. - REUTERS/Morteza Nikoubazl
October 29, 2012

While most Americans and the US foreign policy elite were focused on last week’s final presidential debate, a small office within the US Treasury Department, without fanfare, rewrote regulations governing key aspects of the Iranian sanctions.

New rules issued Oct. 22 by the Office of Foreign Assets Control (OFAC) — named the Iranian Transactions and Sanctions Regulations — implement sanctions contained in last year’s National Defense Authorization Act and Executive Order 13599, which required American institutions to freeze the assets of the Government of Iran, the Central Bank of Iran and all other Iranian financial institutions. However, in an unexpected move, the regulations now permit US companies to sell certain medicines and basic medical supplies to Iran without first seeking a license from OFAC.

It is clear that the Treasury Department did not want much publicity surrounding the release of the new regulations. Such a major change to US sanctions would normally warrant at least a press release; even mid-level narcotics traffickers usually merit a cursory statement by OFAC Director Adam Szubin when they are designated by the office and their assets in the US are frozen.

What is most curious about the radio silence that has greeted this abrupt change is that the humanitarian costs of sanctions, particularly reported medicine shortages in Iranian hospitals, have long been an area of concern for international organizations and media.

It is difficult to predict exactly what effect the new authorization will have on the humanitarian situation in Iran, but current trade data seems to indicate that US exports covered by a general license, which allow exporters to sell certain goods without notifying OFAC, do better than those which require a specific authorization. While it was recently reported that through August, US exports to Iran were up by almost a third, the rise was driven almost entirely by sales of agricultural commodities, which as of Oct. 12, 2011, are covered under a general license.

In fact, sales of medicine were down almost $12 million compared to last year. Now that medical exporters can ship under the same general license, it is not a stretch to think that more medicine from American companies will be able to reach Iranian patients.

OFAC also included a new general license designed to facilitate payments and financing for licensed exports. Now US companies are allowed to accept a letter of credit issued by an Iranian financial institution not linked to weapons of mass destruction proliferation or terrorism, provided the letter is confirmed by a third-country financial institution. There are 20 such Iranian banks.

The new regulations are also surprising in that they are actually less restrictive than those of the European Union, known for its past concern over the sanctions’ humanitarian costs. Under new EU sanctions released earlier this month, all exports of humanitarian goods over €100,000 must first be authorized by the member state from which the goods are being shipped.

This is not to suggest that conducting any sort of trade with Iran will now be a cakewalk. One of the main problems for exporters is that foreign financial institutions are reluctant to process any transactions with Iran, even if authorized, for fear of running afoul of the complex web of US sanctions. Others simply do not want to worry about the reputational risk of dealing with Iran in any manner.

Additionally, a number of medicines and devices are excluded from the general license and still require a specific authorization to export. The list of authorized medical supplies contains only the most rudimentary products such as bandages, syringes and thermometers.

These steps could alleviate some of the more overt humanitarian issues that have resulted from international sanctions. However, in no way should they be interpreted as a loosening of sanctions in general. By removing the stories of Iranian children suffering due to medicinal shortages from the headlines, the administration may be hoping to strengthen the economic noose surrounding Iran and perhaps pave the way for more restrictive measures.

Samuel Cutler is a policy adviser at Ferrari & Associates, PC.