Despite Looser Rules, Medicine Still Not Flowing to Iran From US

While the Treasury Department has loosened restrictions on the exports of medicine and medical devices to Iran several seeks ago, significant obstacles to conducting such legal trade with Iran remain, Samuel Cutler and Erich Ferrari write for Al-Monitor. 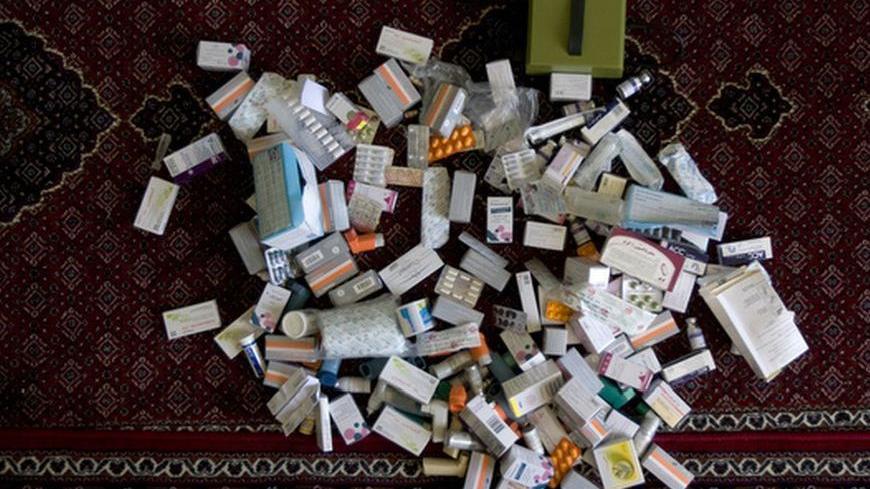 As sanctions over Iran’s disputed nuclear program have intensified over the past year, reports have documented the deteriorating humanitarian situation in Iran. Medicine, in particular, is in  short supply across the country, with drugs produced in the United States and European Union the most difficult to find.

Currently, Iranian authorities are blaming the international sanctions for the death of 15-year-old hemophiliac Manouchehr Esmaili-Liousi, who died in a hospital in southwestern Iran after his family was unable to find medicine needed to treat his condition. According to Ahmad Ghavidel, the director of Iran's hemophilia society, 75% of hemophilia drugs are produced in the US and EU.
Both US and EU officials have been at pains to stress that sanctions are not intended to negatively affect the flow of humanitarian goods into Iran. We noted  several weeks ago that the Treasury Department’s Office of Foreign Assets Control (OFAC) had loosened restrictions by issuing a general license authorizing exports of medicine and medical devices to Iran. However, despite these authorizations, significant obstacles to conducting such legal trade with Iran remain.
The underlying cause is an increasingly complex web of financial sanctions and regulations which have chilled US and foreign financial institutions’ willingness to handle any funds transfers originating in or relating to Iran, regardless of their legality. Furthermore, due to massive settlements and fines for US sanctions violations levied against financial institutions, the global financial system has made a conscious decision to stay away from any Iran dealings, lest they find themselves on the wrong side of a sanctions enforcement action. In one recent example, HSBC has reportedly set aside more than $1.5 billion to settle claims that it facilitated money laundering by Mexican drug cartels, violating Iran sanctions, and other activities.
Given that the revenue generated by facilitating business, legal or otherwise, with Iran does not outweigh the costs of compliance and liability, many of the world’s banks have elected to turn away all Iran-related business.
While on face value, the new general license authorizations for export of medicine seem to address these concerns, the regulatory changes also present new problems for those wishing to trade with Iran. Banks can no longer rely on a specific license authorization in the form of a hard document detailing the transaction to certify that the funds transfers they are asked to facilitate are allowed. Thus, US banks now have to trust that the transactions for which they are requested to process payments are authorized under the new general licenses. Numerous banks are responding to these increased risks by refusing to facilitate any transaction involving Iran, regardless of whether it might be authorized under the new general license.
The decision of the world’s banks to turn away exports of medicine to Iran is playing out in the larger geopolitical struggle between Iran and the West. In an interview on Iran’s state news agency, Ghavidel blasted the United States and the EU for failing to ensure vital medical supplies reach Iran. “If they really think that medicine is not blacklisted by sanctions, they should let the Iranian government know of the safe way to access them.”
Despite Iran’s attempts to paint the West as solely liable for the deteriorating humanitarian situation, responsibility for medicine shortages may not entirely be a direct result of sanctions. There have been some indications that the Iranian government has not provided importers with the foreign exchange necessary to purchase foreign medicine, thereby adding to the disruption of medicine to Iran.
Nevertheless, it is important to remember the words of Stuart Levey, the former Treasury undersecretary for terrorism and financial intelligence who wrote in 2010 that “no credible observer believes that the export of a modest amount of food, medicine and other humanitarian items undermines our ability to pressure the Iranian regime.”
At this juncture, the Obama administration should strongly consider measures to make banks feel more comfortable processing transactions necessary for humanitarian trade, ensuring that any lack of medicine reaching Iran is not the fault of the United States or its policies. There have been rumors of various proposals intended to resolve some of the issues surrounding payments for humanitarian goods being presented to the administration over the past several months. However, at the moment it is unclear if any changes are forthcoming.
Regardless of how the administration tackles this issue, one thing is clear: assurances will have to be provided to the banks processing transactions related to humanitarian trade with Iran that they will not be penalized for participating in those transactions, or the US government’s best efforts to resolve these issues will be for naught.
Samuel Cutler is a policy adviser and Erich Ferrari the principal at Ferrari & Associates, P.C., a Washington law firm specializing in matters concerning US economic sanctions.