A recent military operation by Hezbollah to defend Lebanese Shiite villagers in Syria is another sign that the Syrian conflict is spreading to Lebanon, argues Nasser Chararah. 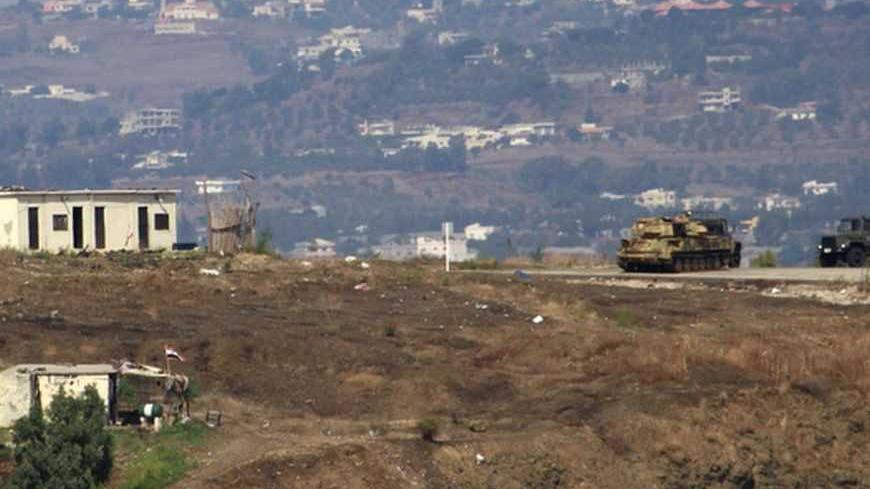 Several days ago, Hezbollah fighters guarding Shiite Lebanese citizens living in and around 14 Lebanese villages located in Syrian territory clashed with armed opposition groups affiliated with radical Sunni Islamist factions. The incident, the first of its kind, portends a possible transition of Syria’s sectarian strife to Lebanon. Also, in a sense, this confrontation proves that historical mistakes do not fade with time.

Today, the area on both sides of the Syrian-Lebanese border is paying for the mistake made by François Georges-Picot and Sir Mark Sykes at the beginning of the last century. The French and British colonialists, respectively, laid out a demographic and political map of the countries of the Levant which were under their mandate. Their vision was based on circumstantial interests and without consideration of the requirements of the historical and geographical reality.

According to the Sykes-Picot Agreement, the French gave Syria a region of Lebanon, which comprises 14 villages inhabited by Lebanese clans from the neighboring Lebanese area of Hermel. They are Shiite Muslims and still live inside Syria, although, legally, they are Lebanese citizens.

Since the start of the turmoil in Syria — which was accompanied by sectarian categorization between the Sunni Muslims, most of them against the Syrian regime, and the Alawite and Shiite Muslims who support it — the Sykes-Picot Agreement has had negative effects on the demographic balance in that region. Security incidents have taken place more than once during recent months among these Shiite villages, which are located in the middle of the smuggling line in the countryside between the Lebanese town of Arsal, Al-Qa’, Lake Homs, Al-Qusayr and Talkalakh.

Shia citizens from the adjacent Lebanese region of Hermel quickly became involved in these tensions. They belong to large clans, which have a social system that values ​the “support of relatives." In the current situation, they are Lebanese Shiite villagers living on Syrian territory, who complain that they are being subjected to attempts of forceful displacement by their Sunni Syrian neighbors.

Last summer, military skirmishes took place between the Sunni town of Al-Qusayr, which is located behind the Syrian border and considered a stronghold of the armed opposition in its countryside, which is also the northern part of the countryside of the city of Homs — and between Lebanese residents in the Hermel region.

Private sources have revealed to Al-Monitor that during one of these skirmishes, Jabhat al-Nusra militants attacked a Hezbollah training camp in the Hermel region from the Al-Qusayr countryside, killing and wounding 10 Hezbollah members. This was followed by a retaliatory operation by Hezbollah, which resulted in the killing of many members of the Syrian opposition.

In general, Hezbollah is cautious about stepping into the sectarian strife raging in Syria. However, the issue of providing protection for the 14 Shiite villages located inside Syrian territory within the Al-Qusayr countryside arose as a challenge for the party before its social base in the Hermel region. It seems that the party has made the decision to protect these villages and prevent the people’s displacement based on the following considerations:

First, there are familial links between the residents of the Hermel region and those of the 14 Lebanese Shiite villages located inside Syrian territory. It should be noted that Hermel, in Lebanon's Bekaa region, is considered as a popular reservoir for Hezbollah and its resistance apparatus. Accordingly, the party cannot turn its back to their appeal for help to save their relatives inside Syria from killing and displacement. Moreover, the Hamadah clan, one of the major clans in Hermel, owns vast areas of Lebanese territories that were cut off in the Sykes-Picot Agreement in the interest of Syria, and they still have the documents proving their ownership of these lands.

The second consideration is beyond the social. From a strategic perspective, the events taking place in the Syrian countryside of Al-Qusayr, which is adjacent to the Hermel-Baalbek region, directly concern Hezbollah. The region falls under Hezbollah’s security jurisdiction, and serves as a human reservoir and strategic logistical base for the party.

After the withdrawal of the regular Syrian army from the Syrian area of the Al-Qusayr ​​countryside for tactical reasons, the armed Syrian opposition — namely the fundamentalist Sunni Islamists — became more active. As a result, the Shiite villages, as well as Christian Orthodox villages like Al-Rablah, which suffered a long siege by the opposition, became threatened. Hezbollah has held that the attempt by the opposition to eliminate the demographic diversity in this region is a red line it will defend. From a strategic perspective, the party cannot allow attempts to bring structural changes to the demography of the Al-Qusayr countryside as this would not only lead to the displacement of its Lebanese Shiite citizens — the remnants of the Sykes-Picot mistake — but would also damage the security of a region it considers a vital hinterland to its Lebanese strategic area in the Hermel-Baalbek region, with which the party has a natural demographic relationship.

In fact, all these considerations encourage the transition of sectarian strife inside Syria between the Sunnis, Alawites and Shiites to Lebanon, especially since the Lebanese border area with Syria is divided into two geographical and demographic areas. The first is the town of Arsal and its surrounding countryside, extending along a ​​60-65 km border area with Syria, inhabited by Sunnis closely affiliated with the hardline Islamist Syrian opposition in the rural areas of Homs and Damascus. The second is the Hermel region, which is inhabited by a Shiite majority.

Prior to the unrest in Syria, these two Lebanese areas enjoyed a peaceful social and economic coexistence with Homs. Following the sectarian conflict, however, mutual hostility and concerns gained ground not only between the Shiites and Sunnis of the Al-Qusayr area and countryside, but also between the Sunni area of Arsal and the Shiite Hermel-Baalbek area in Lebanon due to the support of each for differnet parties in the conflict.

Today, the main concern is whether the recent clashes between the Sunni Syrian opposition in the Al-Qusayr countryside and Hezbollah, which is defending the Shiite villages in that region, will pave the way for the spillover of sectarian strife from Syria to Lebanon. What reinforces this possibility is the fact that the Lebanese areas located along the Syrian border are a demographic extension of the Homs countryside, since they contain the same diversity of Sunnis, Shiites, Alawites and  even Christians.