Turkey May Find Itself With 'AKP Constitution' 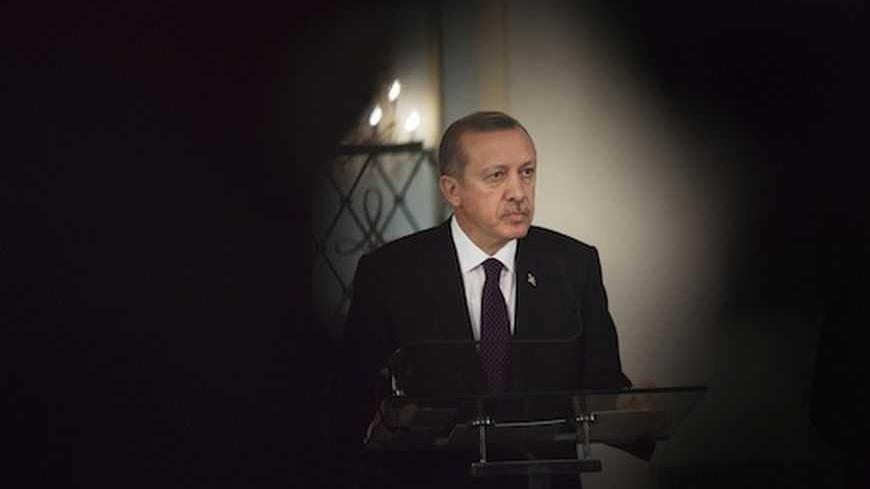 This week, Turkish Prime Minister Recep Tayyip Erdogan declared that if consensus can't be reached by March with Turkey's other major parties, his governing Justice and Development Party (AKP) would take its own constitutional draft directly to a referendum. This announcement has given his critics ammunition to claim that Turkey's new constitution would be an "AKP Constitution."

Turkey's current charter was prepared in 1982 under the auspices of a brutal military junta. Although subsequent civilian governments have introduced dozens of amendments, including some encouraged by the European Union, the illiberal sprit of the constitution has remained. Replacing it with a "civilian constitution" has long been the dream of Turkey’s liberals.

However, more tangible efforts towards a new constitution came from not the liberals, but rather from Erdogan's "conservative" AKP. There are two key reasons: Like the liberals, AKP also dissented from the old Kemalist regime and hoped to build "a more democratic republic." But unlike the liberals, AKP cultivated a huge political mandate and won the majority of seats in parliament.

AKP's first effort came right after the 2007 elections, when the party won an impressive 46 percent of the vote. Erdogan personally asked a group of academics, led by prominent liberal-democrat Ergun Ozbudun, to prepare a constitutional draft. The team produced a text which was unmistakably more liberal and democratic then the current draft, but the project picked up dust during the political turmoil of that era.

After the 2011 general elections, when the AKP won 50 percent of the vote, Erdogan again promised a new constitution. Instead of going solo, however, the AKP joined a parliamentary "constitutional commission" along with deputies from three other major parties. This commission achieved consensus on some issues, but became mired in bitter disputes on others — including the definition of Turkish citizenship. The work was scheduled to wrap up by the end of 2012, but the speaker of parliament recently extended that deadline to March.

It is highly improbable, however, that the four parties in the parliament — the conservative AKP, the secularist Republican People's Party (CHP), the Turkish nationalist Nationalist Movement Party (MHP) and the Kurdish nationalist Peace and Democracy Party (BDP) — will agree on a draft by March. That is why Erdogan's warning that AKP would then act by itself should be taken seriously. Some political commentators think that this was Erdogan's plan all along: he gave consensus a chance, knowing that it would never happen and justifying his going solo.

However, things won't be that easy for Erdogan. First, despite AKP's huge electoral victory in 2011, the party fell just short of winning a three-fifths supermajority of the parliament — or 330 seats — which is the minimum mandate for taking a constitutional change to a referendum. The AKP holds 327 seats, so it would need either to gain support from a second party, which is unlikely, or to “seduce” three deputies from other parties, which is possible but would be very controversial.

Second, even if the AKP were to succeed in taking its own constitutional draft to a referendum, it is unclear whether Erdogan would win the vote. He would hope to rely on the 57 percent support he attained in the 2010 referendum on a large constitutional amendment package, when he formed a large coalition of religious conservatives, secular liberals and even democratic leftists. But since then, this “democratic coalition against the old regime,” as some of its proponents called it, has suffered serious fractures. Many liberals are now concerned with what they see as Erdogan's populist authoritarianism, just as they were concerned with the elitist dictates of the old Kemalist establishment. Even some religious conservatives, especially the popular and powerful Fethullah Gülen community, are less supportive and more critical of Erdogan than they used to be.

Erdogan complicated matters further by insisting that Turkey abandon its nine-decades-old parliamentary system in favor of an American-like "presidential system." This idea is a key feature of AKP's constitutional plans. One does not need to be a rocket scientist to see that this radical change in the political system stems partly from Erdogan's own personal career plans. In 2014, the president of the Turkish Republic — a post that is very prestigious, but less effective than that of a prime minister— will be elected by popular vote for the first time, the result of a constitutional amendment made in 2007. Erdogan evidently wants to run for president — but he first wants to make it a much more powerful post.

But even some former supporters of Erdogan — liberals, the Fethullah Gülen community and even some other pro-AKP conservatives — seem unwilling to support this presidential system. Erdogan's insistence on this issue could produce a "no" vote in a referendum, and mark the first major defeat in his triumphant political career.

Erdogan and his advisors will no doubt contemplate all these scenarios over the next few months. If Turkey gets a new constitution, it will be Erdogan's creation more than anyone's else. But he just might not be able to call all the shots.