Cengiz Candar describes the case and conviction of Pinar Selek as a low point for the Turkish judicial system. 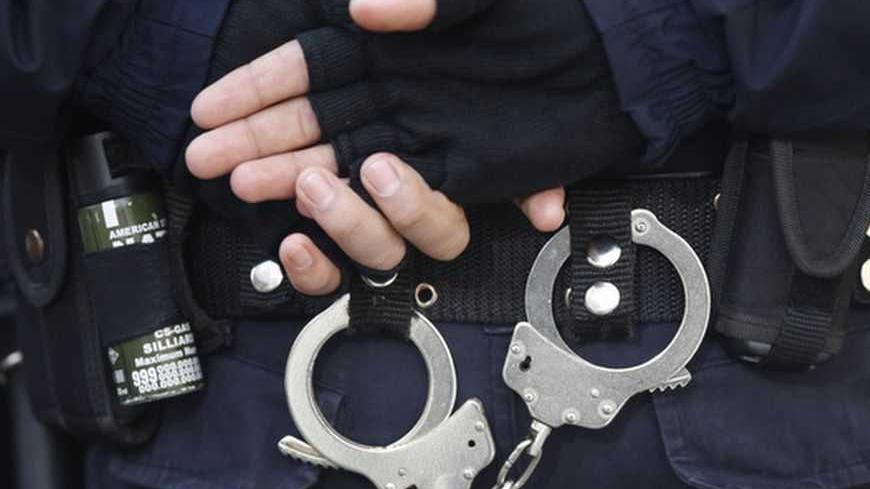 A Turkish riot policeman stands guard at the entrance of a courthouse in Istanbul, Feb. 25, 2010. - REUTERS/Murad Sezer

The Dreyfus case, which went down in  history as one of the most notorious examples of judicial miscarriage, may seem like a joke compared to the judicial scandal that has rocked Turkey.

The story of the trial, known as the Pınar Selek case, easily dwarfs the Dreyfus case in comparison.

On July 9, 1998, an explosion in the Egyptian Bazaar, a small replica of the famous Khan al-Khalili Bazaar in Cairo, killed seven people and injured 127. Those were the days of the military-tutelage regime that carried out a "remote-control military coup," otherwise wise known in Turkey as "the postmodern coup," and severely persecuted its opponents. The country was going through one of the bloodiest episodes of the Kurdish conflict in those days. The investigation of the incident eventually reached Pınar Selek, a young sociologist who had begun to acquire fans from the marginal sections of society with her contrarian actions.

Pınar Selek was charged as one of the perpetrators behind the explosion, based on a statement given by a Kurdish suspect who was accused of having connections with the PKK. It was eventually revealed that his deposition was taken under torture. But oddly, that same person who was detained as the main perpetrator of the incident later said that he didn't know Pınar Selek and that he was forced by torture to give her name. He was not convicted.

By contrast, Pınar Selek spent two and a half years in prison until she was acquitted. The Higher Court then reversed the acquittal, and the case continued while the young sociologist was released pending her trial.

Meanwhile, no evidence could be uncovered to prove that the explosion in the Egyptian Bazaar, which left seven dead and 127 injured, was an act of sabotage by the PKK. In fact, all the evidence pointed to an explosion caused by bottled gas. A number of expert-opinion reports submitted to the court said this was the case.

There was a new trial. Evidence was collected again, new expert reports were examined and Pınar Selek was again acquitted. In other words, she was acquitted three times during the course of the long legal process.

Naturally, the long years of investigation had severe effects on the Selek family. Her mother died after the long years of stress. During that time, her younger sister finished high school, decided to become a lawyer to defend Pınar and studied law at the university. Eventually, she actually became her defense attorney. During those years, her father Alp Selek, already one of the well-known lawyers of the country, approached his 80s and his health gradually deteriorated.

During that time, Pınar Selek first lived in Berlin and later began to study for a PhD degree in sociology at the University of Strasbourg. A civil-society movement formed around her name and gradually expanded in Turkey and abroad.

When the Pınar Selek case entered its 15th year, her third acquittal was once again reversed by the Higher Court, but a new arrangement was made. The staff of the court that had acquitted Selek three times and who had intimate knowledge of the file was changed, and people who had no previous connection with the case decided, while the president of the court was absent on holiday, that the Higher Court would not "stand on the ruling of acquittal."

As a result, the case was started all over again with a new court structure. The court was expected to make a decision on Jan. 24, 2013.

It is not easy to comprehend how all this could happen, but it is possible in the labyrinthian and absurd judicial processes and trial procedures in Turkey. This is  why all judicial mechanisms in Turkey were exhausted and the Pınar Selek case now stands before the European Court of Human Rights.

During the first week of December, I made some contacts with the EU and European Parliament quarters in Brussels and wrote my impressions in an article under the title "The name of judicial murder is Pınar Selek."

The hour and a half I spent at the European Commission in Brussels, and later, the day and a half I spent at the European Parliament showed me one thing clearly. The Pınar Selek case will very soon become a symbol of injustice synonymous with Turkey's name and will stay as a blemish. This case is slowly becoming an "specimen case" that will be a burden Turkey will not be able to carry, one that will get in Turkey's way on every international platform.

Finally, the long-expected day arrived. Against the wishes of thousands demonstrating in front of the court building in Istanbul (the century that has passed since the Dreyfus case has shown what mass demonstrations in front of court buildings can do) and in spite of the dissenting vote by its president, the court ruled that Pınar Selek be sentenced to "aggravated life imprisonment" and an arrest warrant be sent to Interpol since she's residing abroad.

1Fifteen years after the explosion in the Egyptian Bazaar, although there's a strong possibility that it was caused by bottled gas — a view affirmed by multiple expert-opinion reports — Pınar Selek, who had proven that she was not present at the scene of  the explosion and who was acquitted three times in long and exhaustive trials, was finally given a punishment equivalent to the death penalty. Aggravated life imprisonment is the most severe punishment introduced after the death penalty was abolished  in early 2000's. It stipulates imprisonment until death.

It is impossible to understand how such a judicial structure and legal system, which does not allow for a middle ground between acquittal and life imprisonment, and offers only options from two extremes, can exist in Turkey.

The point reached in the Pınar Selek case not only overshadows the Dreyfus case in its absurdity, but also makes a mockery of Turkish justice.

Many people think that the Ottoman system owed its resilience and sustainability for centuries to the perception of justice by its subjects from many different religions and nations living on vast territory rather than its imperial might. This is the reason why the motto "Justice is the foundation of property" is prominently displayed in all courtrooms in Turkey. "Property" in this sense means jurisdiction, or the union of state and land, in Arabic.

After the ruling in the case of Pınar Selek, this saying will be perceived as the most ironic motto in Turkey.

The Dreyfus case had significant implications in European and French history. We will see how it will affect Turkish history.

After the decision of the European Court of Human Rights, which will almost definitely be in favor of Selek, the disgraceful judgment passed by the Turkish judicial system will either be a milestone in Turkey's democratization process, or go down in history as one of the usual practices of oriental despotism. The great difference between the two will show which direction Turkey is heading.