The New Line on the State of Palestine Passport

Daoud Kuttab discusses the implications of the State of Palestine passports. 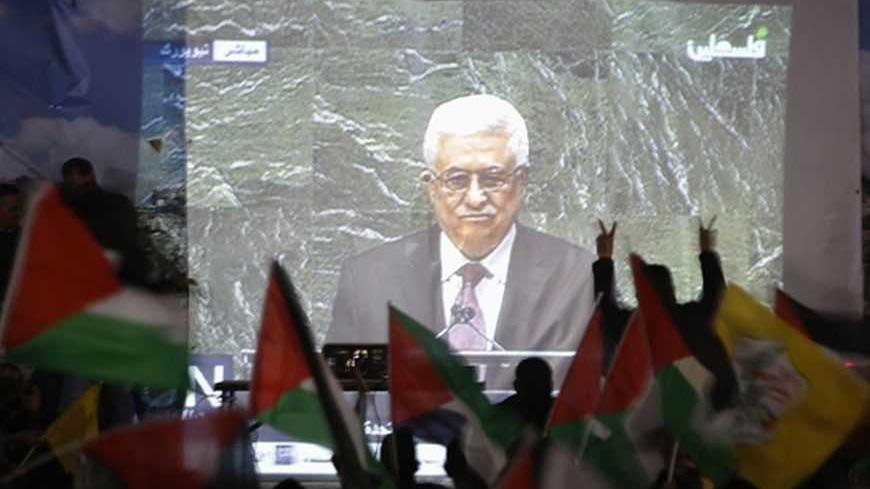 One of the most important decisions following the UN vote on Palestine was made in the temporary Palestinian capital of Ramallah. Mahmoud Abbas issued a presidential decree on Jan. 6, 2013, calling for the issuance of new passports, driver’s licenses, stamps and other national identification documents all under the title of the State of Palestine. The 337-word decree based the decision on both the Palestinian Basic Law (temporary constitution) of 2003 and the UN resolution of Nov. 29, 2012.

The reaction mostly focused on the change in the title on passports from the Oslo-mandated “Palestinian Authority” to the term “State of Palestine.” Israeli Prime Minister Benjamin Netanyahu’s office issued a strong rejection of the decision, refusing any action that predetermines the outcome of talks and opposing the UN declaration of a Palestinian state.

Very few people were surprised by the Israeli decision, and therefore most people are skeptical that the Palestinians will in fact revise the single document needed to be released from the larger prison – the occupation. Any changes to the Palestinian passport or ID card (both based on the Oslo Accords' terminology of Palestinian Authority) will simply deny their holders a chance to travel across the borders which Israel still firmly controls. The new passports could be easily acceptable around the world, but it is unlikely to be of any use on the Israeli side of the King Hussein (or Allenby Bridge).

What Netanayhu and the rest of the media didn’t notice was a single line in the decree that talks about the issuance of a national ID number for Palestinians everywhere. Until the UN declaration, the Ramallah-based Palestinian Authority had restricted the issuance of passports to those Palestinians living inside the occupied West Bank (minus East Jerusalem) and Gaza Strip. Palestinians in the diaspora were not included as part of this privilege.

Cognizant of the fact that many of the diaspora Palestinians have unique relationships in the countries that they live in, the presidential decree stated in the first clause that the issuance of these documents should not endanger the status or the rights of Palestinians with their host countries.

Having a single national number for all Palestinians should do a lot to help provide a central reference point as to where Palestinians live and whatever problems they might face.

It is not clear also whether the new policy will change the working relations of Palestinians with the Land Authority or whether new deeds will be issued under the new name. Again, there is also the uncertainty over whether Israeli courts would recognize such documents.

Whatever happens, however, this courageous step allows Abbas and the Palestine Liberation Organization to be free of some of the shackles that the Israelis and others have placed on them by restricting their movement based on an Israeli-prescribed formula. The decision no doubt removes some of the vagueness that has existed between the Palestinian Authority and Palestinian embassies abroad. Now the State of Palestine is a unifying address for all Palestinians everywhere.

Naturally, the one community that will not be able to benefit directly from the new documents will be Palestinians in the West Bank (outside of Jerusalem), who are still under direct Israeli occupation and whose movement is still based on the benevolence of the occupiers.

Daoud Kuttab is a contributing writer for Al-Monitor's Palestine Pulse. A Palestinian journalist and media activist, he is a former Ferris Professor of journalism at Princeton University and is currently the director general of Community Media Network, a not-for-profit  organization dedicated to advancing independent media in the Arab region. Active in media-freedom efforts in the Middle East, Kuttab is a columnist for The Jordan Times, The Jerusalem Post and The Daily Star in Lebanon, and has co-produced a number of award-winning documentaries and children’s television programs. He has received numerous international awards, including the CPJ Freedom of Expression Award, the Leipzig Courage in Freedom Award and the Next Foundation (UK) Peace through Media Award. His Twitter is @daoudkuttab.