Cengiz Candar analyzes the potential motivations for the murders of three PKK activists in Paris and what it might mean for the Turkey-PKK talks. 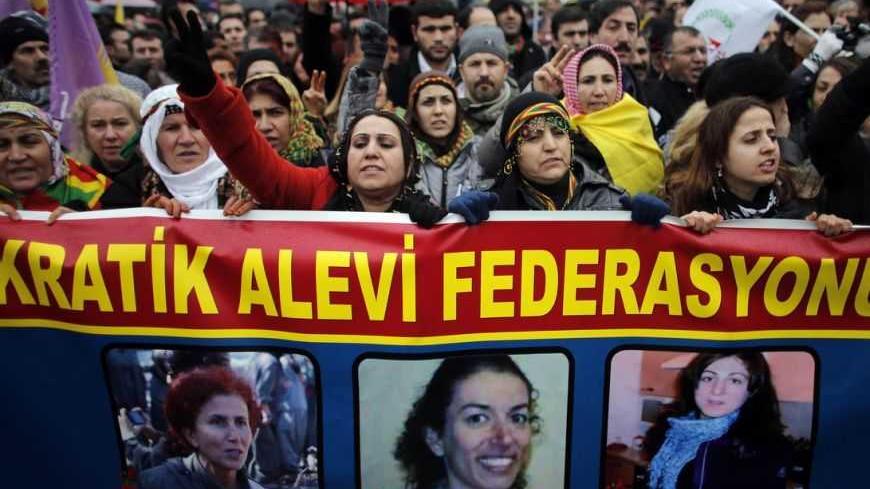 Members of the Kurdish community hold a banner showing the three Kurdish women, Sakine Cansiz, Fidan Dogan and Leyla Soeylemez (L-R) found shot dead in Paris, as they pay tribute to them in front of the Gare de l'Est railway station, in Paris, Jan. 12, 2013. - REUTERS/Christian Hartmann

Awhile ago, I used “Turkey’s Guernica” to describe the Roboski incident along the Iraqi border in late 2011, in which F-16 jets bombed and killed 34 Kurds, most of them boys, mistaking them for PKK militants seeking to infiltrate Turkey.