Lebanon is threatened by the escalating situation in neighboring Syria, as well as by internal political disputes, writes Mohammad Harfoush. 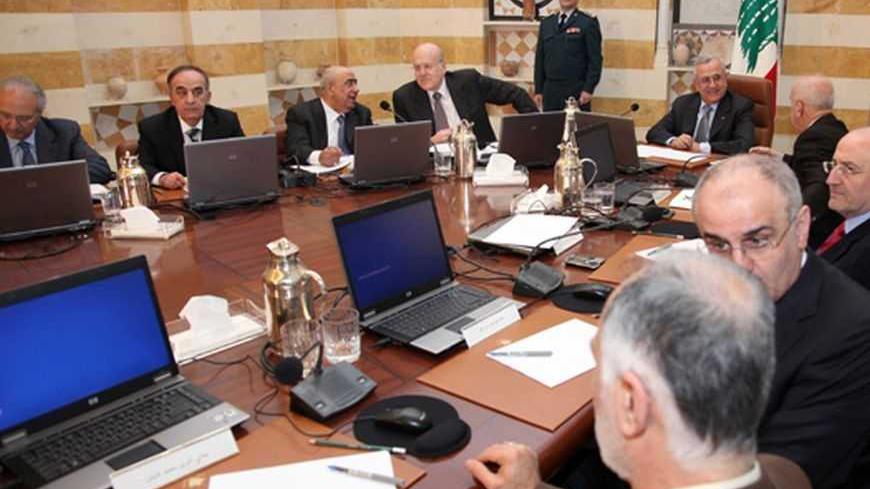 As long as the current international and regional efforts fail to separate the bloody Syrian crisis from the ghost of political deadlock in Beirut, the Lebanese situation faces many possible repercussions.

There is talk in political and diplomatic milieus about intensive international negotiations as part of a settlement deal in Syria. The aim is to pull Lebanon out of this tug of war, and — with the help of Moscow and Tehran — to distance it from the repercussions of the Syrian crisis. It has become clear that there is no need or justification for heated Lebanese disputes regarding the situation in Syria. Moreover, the Syrian conflict — which broke out approximately 22 months ago — has demonstrated the need for a Lebanese hand to help both Syrians and Lebanese equally. Beirut International Airport has become a resort for Syrian refugees, and the world stands as a witness.

Many believe that Lebanon faces two key challenges ahead: first, the results and aftermath of the Syrian crisis; second, internal political conflicts, including the dilemma of deadlocked internal dialogue, the increased tensions in political discourse and the fear of an out-of-control escalation of the security situation.

Several observers believe that the next few months will see an escalation of the political and military crisis in Syria, especially if no agreements are reached. Consequently, the number of Syrian refugees in Lebanon will increase. Although the Lebanese government succeeded last year in containing the political, security and social repercussions of the Syrian crisis, it might be unable to keep this up. This would put Lebanon face to face with dangerous challenges.

The most critical problem that Lebanon faces concerns the persistent internal political dispute amidst failure to return to the dialogue table, and disagreement on a unified political approach to the crisis. All this could jeopardize the country’s security situation, and lead it into the unknown. As in the dangerous aftermath of the assassination of former Prime Minister Rafik al-Hariri, history could repeat itself.

Observers do not think these circumstances mean direct chaos is inevitable, only that the situation might worsen. As a result, the country will face more challenges, and will require increased political and security efforts to control the situation.

In light of this, observers believe that Lebanon has two choices: either to agree on political solutions for the various crises, or to fight and wait for the situation to blow up, as Change and Reform Bloc Member of Parliament Gen. Michel Aoun recently noted.

Will a settlement in Syria and Lebanon take place, or will we face serious security spillovers in the coming months?

Both are possible. Efforts are underway for a settlement in Syria and Lebanon. For Syria, the efforts are at both the international and the Arab level, while for Lebanon, the efforts are domestic. If a political solution is reached in Syria, this will have positive effects on Lebanon. In contrast, if the situation in Syria keeps spiraling out of control and turns the country into the next Somalia, as Lakhdar Brahimi mentioned is his recent statements, negative repercussions will be felt in Lebanon.

In addition to the Syrian crisis and its effects on Lebanon, there is the domestic political tug of war, especially regarding parliamentary elections, the future of Prime Minister Najib Mikati’s government, Hezbollah’s arms and the failure to return to the National Dialogue table.

If the Lebanese sides fail to come to terms, the situation may get worse. It would then be hard to control the security situation despite all the efforts and initiatives that have been tried, or those that will be launched.

There are reports of Western diplomatic discussions focused on the Lebanese situation and on how to pull Lebanon out of the security and political deadlock that jeopardizes its stability.

Europeans are also said to be pursuing a political initiative designed to achieve consensus amongst Lebanese leadership and to allow the upcoming parliamentary elections to be held on time.

Reports indicate that this initiative resulted from regular meetings between Europeans ambassadors and Lebanese leaders. The meetings discussed the possibility of a setback in the wake of Brig. Gen. Wissam al-Hassan's assassination, which crippled political life and spread fear among many politicians and partisans that they would become assassination targets or be forced into temporary exile. Diplomatic concerns that Lebanon may devolve into further political and security chaos centered on two scenarios: first, an executive authority vacuum if the government were to resign without prior agreement on a substitute, or, second, a legislative authority vacuum if parliamentary elections didn't take place. Extending the parliament’s term would be the first choice, preferable to extending the term of all other constitutional institutions, which is something the Europeans do not want.

Obviously, the failure of Lebanese leaders to agree on a new electoral law because of their political disagreements means it is necessary to adopt the European diplomatic initiative. The European initiative seeks to achieve a Lebanese consensus on holding the elections on time. Meanwhile, we must wait for the American administration to develop its own domestic and foreign-policy structure; the US needs time to prepare its diplomatic strategy under John Kerry, its nominee for secretary of state.