Martyr's Day and the Palestinian Resistance

Linah Alsaafin examines the state of the Palestinian resistance movement. 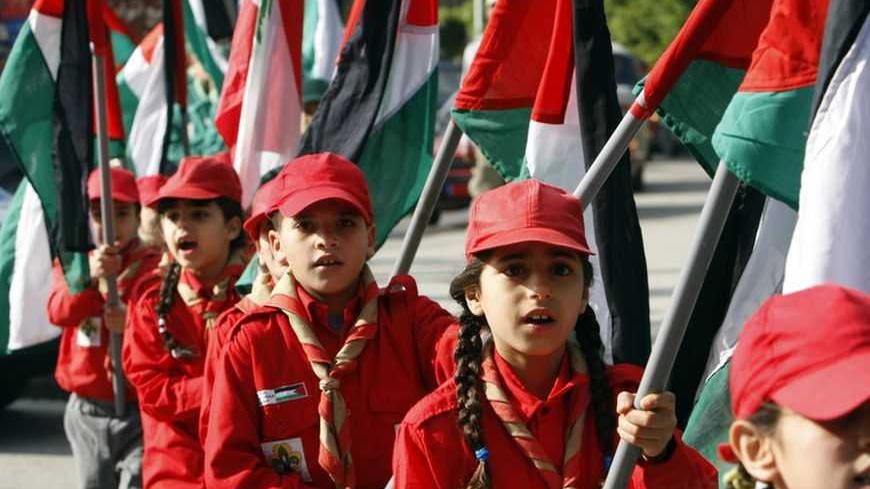 Speaking from her home in the village of Tel just outside of Nablus, Ikram Ramadan's gentle demeanor masks the misfortune and hardships she endured as a young mother of three when her husband Thaer was killed in 2004 after entering one of the nearby settlements with his gun.

Ikram had just given birth to twins, and had her house demolished after her husband’s death — a ritual punishment by the Israeli army to any family of a resistance fighter.

“It’s been eight years now,” says Ikram. “It’s essential to keep the memories of our martyrs alive, and not to regard them as a thing of the past.”

Jan. 7 commemorates the annual Martyrs’ Day in Palestine, named after what Fatah, the political party of the late PLO leader Yasser Arafat, claim was the first martyr to fall in the “modern revolution,” Ahmad Musa who was killed in 1965.

Since the outbreak of the second intifada in 2000 until present time, Israel has killed over 6,500 Palestinians, with over a thousand being children.

Having a martyr in a family is considered an honor in Palestinian society, a celebration of the ultimate sacrifice for liberation and resistance under the Israeli occupation, yet the present day, contrary to Ikram Ramadan’s wish, indicates that in the general consciousness of Palestinians preoccupied with their daily lives, martyrs indeed have become a thing of the past.

“As a society, we changed from a communal one to working in return for material consumption,” Naji said. “This came about after the inception of the Palestinian Authority and the Oslo Accords years, where funding from other countries in solidarity with Palestinians transformed into conditional funding from countries that don’t necessarily support the Palestinian cause.”

The change from an agricultural economy to a neo-liberal one, where public services initiated under a pseudo autonomous Palestinian government resulted in the people caring about their every day lives and only on providing a living for their families serves to explain the desensitization on issues that were once the fire and brimstone of Palestinian resistance, from martyrs, prisoners, to boycotts and mass demonstrations.

As a further contribution to the apathy on the Palestinian street, large sums of donor aid are given to normalization projects, which serve to normalize the occupation as a “conflict” between two equal sides, with the new class of Palestinian capitalists and oligarch usually behind such initiatives.

“Another important factor is the role of the political parties,” Naji continued. “Unfortunately nowadays we can see for ourselves that the parties are only good at amassing huge numbers of people at celebratory rallies for their anniversaries, nothing more.”

“They used to practice resistance in a structured and systematic way on a daily basis,” Naji said. “They would be present at all the levels of society, and paying tribute to martyrs and prisoners on a consistent level was a code of honor for them.”

General strikes were conducted on the same day of martyrs’ funerals, with memorable images from the first and second intifada depicting tens of thousands of Palestinians marching in such funerals, coming from different cities and towns with the trips organized by the parties.

The political parties, through their social and voluntary community work, played a keen role in raising awareness for youths through mobilizing them and seminars. Today’s youth are exposed to factional politics, and the absence of a strong youth movement in the face of the occupation is testament to the mental exhaustion and political depression brought about by a flailing economy dependent on donor aid, corrupt leadership, and the increasing practices of the Israeli occupation.

“Palestine’s history of resistance is not passed down to youth through the education system,” Naji added. “Nor are there activities or events on the streets to raise awareness about the need to resist.”

Ikram Ramadan agrees that the awareness is slipping.

“It’s important to remind the younger generation and the generations to come about the martyrs and what they died for,” she said. “I am a schoolteacher and students are not taught about national figures such as Yahya Ayyash and Fathi Shikaki, not even in the morning assembly.”

Dima Badran, from the National Gathering of Palestine Families, maintains that the organization like every year has planned an event for the families of martyrs, but this year it was postponed to next week due to the bad weather.

“We try to take care of the families by not ignoring them and their sufferings, by holding ceremonies and bringing their stories closer to the viewers through TV programs,” she said.

But Ikram says that the sufferings of martyrs’ families is largely ignored. When asked about the culture of martyrdom in Palestine and whether it is regressing in collective memory, she replies that it depends on each area.

“From where I live, I know young men who still consider that sacrificing one’s life for freedom is an honor. In Gaza, it is perhaps different, as they are relentlessly subjected to Israel’s carnage and consequently, the martyrs.”