Nadav Eyal writes that Yair Lapid, who has no foreign policy experience, would nonetheless boost US-Israeli ties as foreign minister. 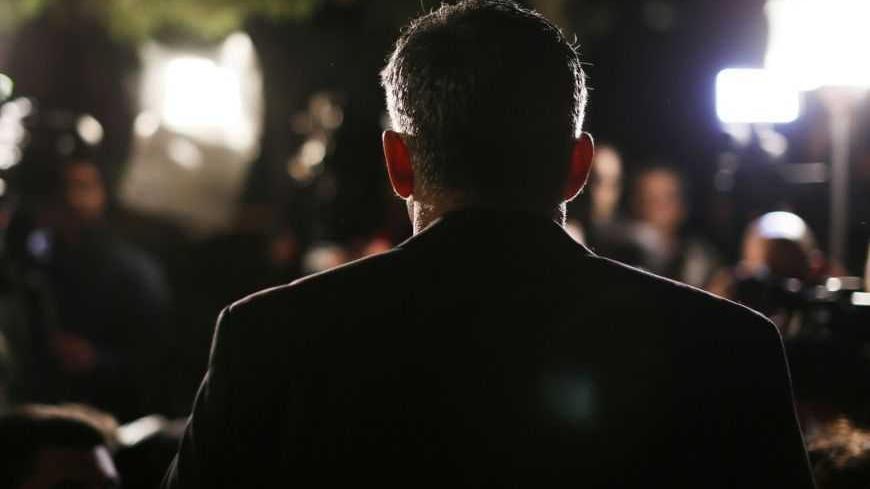 Yair Lapid, leader of the Yesh Atid (There's a Future) party, speaks to members of the media outside his home in Tel Aviv, Jan. 23, 2013. - REUTERS/Amir Cohen

Immediately following the painful beating the Likud had taken in the recent election, Prime Minister Benjamin Netanyahu arrived at Likud headquarters. He was met there by the disappointed party activists and the bands of cheerleaders who had been hired to create the impression that, in spite of everything, the Likud had the upper hand in the election. Netanyahu delivered a brief speech — exceptional in the Israeli political discourse. He talked about the basic principles of the new government he was going to set up now that he was left with a shrunken and shriveled faction in the Knesset. He alluded in passing to the issue of maintaining Israel’s security, as well as to the need for budgetary discipline in view of the global crisis. And he referred to two other issues which he had avoided for a long time — putting in motion a political process for the achievement of true peace, and the recruitment of ultra-Orthodox rabbinical college students to the army. The second issue, in particular, weighs on the mind of most Israelis, who are sharing the burden of military service, while parts of the ultra-Orthodox Jewish community are exempt from service. Neither of these issues were dealt with in the Likud election campaign, whereas both featured prominently in the campaign of Yair Lapid and his Yesh Atid party [which emerged from the election the second-largest party]. Within hours, Netanyahu adapted himself to the new reality and was already addressing Lapid and his voters.

In the past couple of days, the international community has been trying to decipher the riddle and figure out who Yair Lapid really is. Against the backdrop of the unconcealed joy over the defeat of Netanyahu, Lapid has been hailed as the knight in shining armor, the one who is going to advance the peace process at any cost, and possibly even as an antithesis to the Likud.

However, this line of speculation is essentially wishful thinking. Lapid is a self-professed centrist and given the nature of the Israeli political establishment, it means above all that his future moves can hardly be predicted.

While Lapid is in favor of the principle of two states for two peoples, he openly declared that he would object to the partition of Jerusalem. Likewise, he sees no problem in the ongoing construction in the settlements as long as no arrangement has been reached [with the Palestinians]. In fact, he presents a tough stance with regard to the Palestinians. In the course of his election campaign he announced that he did “not believe them” and in light of the large number of traditionally Likud voters who drifted away and cast their ballots for his party, he will most probably take care not to appear in the eyes of the public as a soft-liner.

Judging by his father, the late Tommy Lapid, who led himself at the time [1999-2006] a popular [secular-liberal] party [Shinui], it's rather in doubt whether Lapid sees himself committed to the peace process. They are quite different persons, the father and son. However, as far as the process with the Palestinians is concerned, they are surprisingly alike. This correspondence of opinion should not be attributed to familial kinship, but rather to electoral considerations. The target audience addressed by both father and son is in the political center, which explains their limited commitment to territorial compromise. The typical electorate of Yesh Atid — the middle and upper classes — is no different from that of Shinui at the time and the same holds true for the basically civil issues on top of the agenda of the two parties.

Needless to say, these elements significantly enhance the standing of Yair Lapid. Having built a public image of someone far removed from the left ("Don’t count me along with the others in the center-left bloc" — he once asked of the political commentators covering his campaign), Lapid can allow himself considerable room to maneuver. It's interesting to note that in Israeli politics, those leaders who had originally adopted an uncompromising approach in their dealings with the Palestinians, in particular, and with the Arab world, in general, were the ones to eventually agree to painful compromises. This was the case with the late Yitzhak Rabin, as well as with Ariel Sharon. And who knows, Yair Lapid too may be made of the same stuff.

His father was one of the most determined advocates of the withdrawal from the Gaza Strip. Without his support, the move for disengagement would not have passed. However Lapid Sr. would not have dreamt of initiating such a move himself. All that he was required to do was to support the move led by then-Prime Minister Sharon. The current situation is completely different. Lapid Jr. has become overnight the kingmaker of Israeli politics, and his party wields significant power, more so than any other center party of its kind has ever had, including his father's party.

The first test Yair Lapid will be put to concerns the choice of portfolios. He will have to decide whether to take on the foreign affairs portfolio, officially offered him by Netanyahu. Netanyahu offered him, as an alternative, the highly important finance portfolio, which seems to be the natural choice for Lapid. After all, his election campaign focused on the economic issue and the plight of the middle classes, while barely touching on the peace process.

As a matter of fact, the role of finance minister is the one most befitting Yair Lapid, considering the socio-economic campaign conducted by him and his party. Alas, the finance portfolio is regarded as “a political curse.” In view of the huge state deficit exposed on the eve of the election and the need for budgetary cuts, coupled with Lapid’s inexperience and, hence, lack of political skills, his prospects of success in the Treasury are rather flimsy. Furthermore, not many in Israeli politics managed to accede to the premiership after serving as finance ministers — it's a politically eroding and unpopular post. Lapid is well aware of it and so is Netanyahu.

The foreign affairs portfolio, on the other hand, is customarily seen in the Israeli political establishment as not requiring any special proficiency (which is regrettable, but still, that’s the way it is). Indeed, Israel already had foreign ministers who could barely hold a conversation in English. The post of a foreign minister has to do essentially with representation, but at the same time, it is the kind of job that prepares the incumbent for the office of prime minister. On the face of it, Lapid should thus opt for foreign affairs.

However, there is a catch. If Lapid is nominated foreign minister, he will have to give up the [social] agenda that has earned him his popularity and focus on the issues that he sought to evade — those pertaining to the complex peace process with the Palestinians. In that case, he will be seen as left-oriented and as pulling the government to the left. What’s more, if Lapid fails in the political process and gives voice to inflexible, unbending positions, the left wing will lash out against him and accuse him of “betraying” his leftist voters and agenda. If, on the other hand, he strives to advance the negotiations, the Likud, threatened by his moves, will condemn him as “a leftist in disguise.” In any event, the voters will react with suspicion, and wonder about the true intentions of their representative in the government, who “waves the banner of the middle class while spending his time touring the American capital."

The foreign affairs portfolio would thus be a trap for Lapid, but so would be the finance portfolio. The leader of Yesh Atid has apparently never imagined that he will have to deal with such a dilemma following the election.

Be that as it may, as matters now stand, chances are that Lapid will opt for foreign affairs. During the election campaign, he has shown himself to be a fast learner, a politician who is acting diplomatically and who is capable of creating a highly efficient work environment.

Once at the helm of the Foreign Ministry, Yair Lapid is likely to revolutionize the relations between Israel and the United States — if for no other reason than the fact that [ex-Foreign Minister] Avigdor Liberman has virtually become a persona non grata in certain circles in the American capital. Yet, Lapid has something else to offer. As head of the party that may tip the scales and determine the fate of the government, he is wielding real political power. His presence in the Foreign Ministry would thus no doubt breathe new life into the Ministry.

All the same, if anyone expects the new star of Israeli politics to rush to revive the [Israeli-Palestinian] political negotiations and to strive for a swift settlement, he is apparently deluding himself. Lapid is a judicious and calculated person and he is not going to fall into the trap of speeding up the process. It is more likely that we will first go through a reassessment of the relations between Israel and the Palestinians and start a dialogue with the international community.

The Americans, for their part, are going to warmly embrace Lapid, a well-known fan of American culture. And they have a good reason to do so.

Nadav Eyal is a contributing writer for Al-Monitor’s Israel Pulse. He directs Chanel 10's foreign news desk and was formerly a political reporter and European correspondent for Maariv daily. Eyal was named one of the hundred most influential people in the media for 2011 by the Israeli business magazine Globes. He holds an LLB degree from the Law Faculty at Hebrew University in Jerusalem and a master's degree in global politics from the London School of Economics.