The Votes That Will Really Count In Egypt’s Presidential Election

As Egyptians prepare for presidential elections, H.A. Hellyer writes that the question of who will win may depend on who gets the crucial backing of the military and the Muslim Brotherhood. 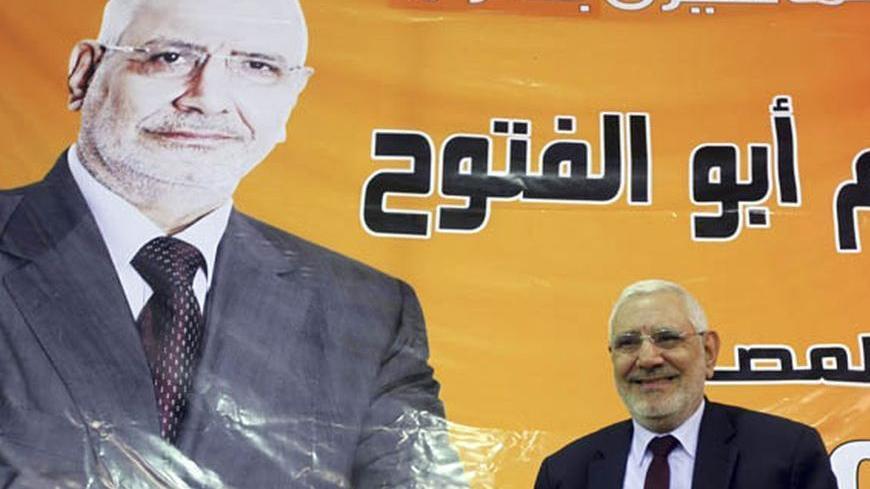 As Egypt and the world are just beginning to adapt to an Egyptian parliament dominated by Islamist parties, another election is about to commence. On May 23 and 24, Egyptians will go to the polls to elect a new president. For the first time in more than 30 years, that president will not be Hosni Mubarak. Since Mubarak’s forced resignation in February 2011, the Supreme Council of the Armed Forces (SCAF) has wielded executive control.  The presidential elections will reveal the role and influence of both the military, including the SCAF, and Islamist parties, in post-Mubarak Egypt.

There are several questions which will inform how the contest is conducted and who will be the eventual victor. The first question is: do Egyptians actually want presidential elections now, or not? Judging from many Egyptian activists, one might assume, “no” – many of them lament the fact that Egyptians did not boycott, en masse, the parliamentary elections in December and January, which took place against a backdrop of substantial violence visited upon protestors in Cairo. A significant portion of activists on the non-Islamist portion of the political spectrum have insisted that a constitution is needed before parliamentary elections, let alone presidential ones. On the other hand, Gallup polls released in January indicate that most Egyptians do not want the presidential election to be delayed; 87% think it would be a bad thing for Egypt to delay presidential elections, only 9% indicated it would be a good thing. Moreover, 88% of Egyptians indicated that they expect the presidential election to be fair and honest, and 86% claim that they plan to vote in that election. They might be naïve about the nature of that presidential election, or not, but unless there’s a massive shift in the next couple of months, there will not be a boycott.

Fine. Who do they intend to vote for? Here, the picture becomes fuzzy indeed. The majority of Egyptians do not yet express a preference: 55% of them polled in December said, “I do not know” when asked who they’d vote for in an open-ended question. A few months before the first presidential election in a post-Mubarak Egypt, and Egyptians have yet to decide whom they intend to vote for.

At present, commentators and analysts alike are speculating on the probable strength of existing candidates. But the support bases for all of the known or presumed candidates are slim. Amr Moussa, the former secretary general of the Arab League, has the highest percentage thus far at only 17%. Everyone else – and yes, everyone else – trails behind, with percentages of 3% or less. That includes Mansour Hasan – who, despite getting the official endorsement of the Wafd party, has little grassroots support.

One might hope that this election is going to be based on the programs of the individual presidential candidates, or even their personalities. But Egyptians’ experiences of a more open political system post-Mubarak are nascent, and their decision of who to support and who not to support will come down to two key institutions in Egypt. The real question is not simply who is going to win. That question will become very clear after answering two others: who the military and the Muslim Brotherhood will want to win.

The military enjoys a high degree of support within Egyptian society: 88% of Egyptians expressed confidence in the military in polls published in January. Some thought that confidence in the SCAF might be less, with Egyptians distinguishing between the SCAF and the military. But it was virtually the same. This does not mean that Egyptians at large want the military to remain involved in politics after the election – a majority of them do not. But rejecting direct involvement is one thing – valuing the opinion of the military in political matters, or at least watching to see where the implicit (or explicit) support of the military will lie, is quite another. Any SCAF-supported candidate can expect to receive a huge publicity boost from the state media. Lest we forget, that media is the first source of information for the majority of Egyptians – and its impact should not be underestimated.

The second critical factor to watch out for is the Muslim Brotherhood – or to be more precise, the Freedom and Justice Party leadership. That leadership is currently struggling to find a candidate to support who is not a member of the Muslim Brotherhood, as that would damage their aim of at least appearing not to be after grabbing power. The Muslim Brotherhood, at present, enjoys a strong base of support within the Egyptian population. Some of it is variable, some of it is more core – when polls were done in April in Egypt after the revolution began, the Brotherhood enjoyed 15% support. By September, that number had risen to 22%, and in December, the same month the parliamentary elections began, support was at 50%. Egyptians did not become MB en masse overnight, and it is clear their political priorities – jobs, the economy and security – did not change. What did change is that the Muslim Brotherhood gained in the perception of being the most capable, at least in terms of who was on offer in the parliamentary elections, to achieve those priorities.  A good portion of the Egyptian public, if not the majority, will wait to see whom the Brotherhood supports for president and vote accordingly.

The question, unfortunately, is not who the best candidate is, or is not, in this presidential election. That will not deliver a winning result for any candidate – the question is, who will win the support of the military, and less importantly, the MB? If a candidate can get both, then he’s won before a single vote has been cast. If no candidate gets either, then we may see a very interesting race indeed.