US influence on a rapidly changing Middle East is questionable. Nevertheless, several politicians from the region visited Washington this week in hopes of attracting support for their causes, showing that regional figures still care about US opinion and find embarking on such charm offensives worthwhile. Barbara Slavin reports. 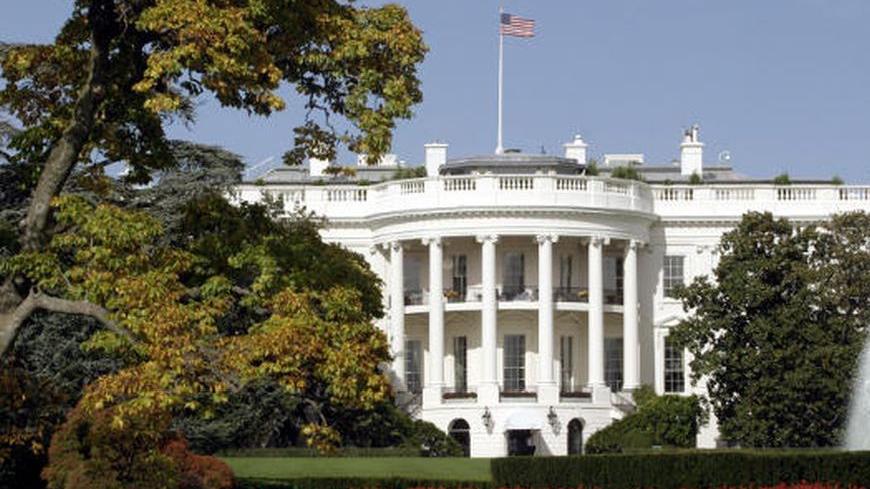 The White House is pictured in Washington D.C., two days ahead of the presidential election October 31, 2004. - REUTERS/John Pryke

The United States may be seen by some as a declining global power. But that hasn’t stopped several Middle Eastern politicians from visiting Washington this week in hopes of attracting US support — or at least neutrality — for their causes.

The visitors included Islamist politicians from Egypt and Tunisia who are at the cusp of taking power in in the wake of the Arab Spring. Also in Washington this week: the president of the Kurdistan Regional Government (KRG) of Iraq, Massoud Barzani.

On Thursday [April 5, 2012], Barzani gave a bristling speech to the Washington Institute for Near East Policy, an influential think tank that is usually supportive of Israel and that has cultivated close ties with Iraqi Kurds.

He threatened to call for a referendum among Iraqi Kurds about their relationship with the Iraqi state if the Baghdad government does not pay the KRG for the services of foreign oil companies operating in the Kurdish region.

Iraqi Kurdistan had been producing about 170,000 barrels of oil per day and predicts an increase to one million barrels a day by 2014 and two million by 2019.  But the KRG has recently cut production drastically to dramatize its disagreements with Baghdad.

While Barzani said the KRG would resume production if the payments were made, he made it clear that his region’s problems with Iraq’s central government go far beyond its failure to reimburse the KRG or to enact a law governing oil production in the country.

“The problem is that the constitution is not being adhered to,” Barzani said. Instead of an Iraq that is “federalist, democratic and pluralistic” as the constitution requires, he said Iraqi Prime Minister Nouri al-Maliki is moving “toward one-man rule.”

Maliki, Barzani noted, is also commander-in-chief of the armed forces, minister of defense and interior, chief of Iraq’s intelligence service and is talking about taking over the Central Bank.

“Where in the world would you find such an example?” Barzani asked, adding that Maliki has “10 times more power than the constitution grants him.”

In coming to Washington and meeting on Wednesday [April 4, 2012] with President Barack Obama and Vice President Joe Biden, Barzani was hoping for the US to pressure Maliki to compromise with the Kurds and with Iraq’s Arab Sunni Muslims. Maliki has antagonized Sunnis by diminishing their institutional role and recently threatening to arrest Sunni Vice President Tariq al-Hashemi. Hashemi escaped to Iraqi Kurdistan and went on to Qatar and Saudi Arabia.

Although the US has withdrawn its combat troops from Iraq, Barzani said that doesn’t mean US power is gone.

“Certainly the US has influence in Iraq,” Barzani said.

How much the Obama administration can do to pressure the Maliki government is questionable, however. Ultimately, Iraqi leaders will have to sort out their differences by themselves if their country is to remain united. Tellingly, Barzani refused to reveal a timeline for holding a referendum in Iraqi Kurdistan if Maliki refuses to bend.

While Barzani was pleading his case, politicians from Islamic parties in the region were also in town meeting with US officials and conducting a charm offensive at Washington think tanks and universities.

Early US enthusiasm for the overthrow of autocratic rulers has turned into mounting anxiety that the victors are religious fundamentalists, not the secular Internet-savvy youth who predominated in the street demonstrations that toppled the old regimes.

At a conference Thursday sponsored by the Carnegie Endowment for International Peace, Islamist politicians from Tunisia and Egypt insisted that they wanted democratic, pluralistic systems and not a new kind of autocracy.

Sahbi Atig, a member of the Ennahda party in Tunisia who has a seat on the National Constituent Assembly, said the body “reflects the reality of Tunisian society” and will draft a new constitution “by consensus” that will protect Tunisians’ freedoms and rights.

“We decided to postpone the issue of Sharia,” Atig added, and that Tunisia’s rulers would not be “getting sanctity from an unseen power but taking care of the people’s interests.”

Atig, who spent 16 years in prison, much of it in solitary confinement, grew animated when questioned about his commitment to democracy.

“We are victims of torture,” he said. “We don’t want any oppressor.”

Abdul Mawgoud Rageh Dardery, a new member of parliament from Egypt’s Freedom and Justice Party from the upper Egyptian resort city of Luxor, was equally emphatic.

Speaking in fluent American-style English — a result of his higher education and teaching experience in Pennsylvania, California and Minnesota — Dardery tried to explain why the Muslim Brotherhood, which already controls Parliament through his party, broke its pledge not to run a presidential candidate.

He blamed Egyptian military authorities who have been governing the country since the overthrow of President Hosni Mubarak for the Brothers’ last-minute decision to nominate its deputy leader, Khairat al-Shater, to run for president in elections scheduled for May.

“The SCAF [Supreme Council of the Armed Forces] would not let us form a government after the [parliamentary] elections,” Dardery said. “We are backing al-Shater to protect the democratic road.”

Echoing the Tunisian, Dardery said that his party is not interested in “bringing another pharaoh back” or in a theocracy and that it will use Sharia only as a reference while ensuring that Egypt remains a civil state.

In remarks later to journalists, he promised that he would “stand against al-Shater if he does something wrong.”

He also pledged to retain Egypt’s close relations with the United States and not to object if Israel and the Palestinians are able to reach a peace agreement.

“The United States is a superpower,” Dardery said. “Egypt is the biggest regional power. Working together, we will produce peace in the area.”

As for the annual $1.3 billion in US aid to Egypt that has traditionally gone to the military, Dardery suggested that it could be better used to help the Egyptian people, not the “military-industrial complex.”

Legislation currently in parliament would legalize non-governmental organizations that seek to deepen Egyptian democracy. US groups that have been targeted by the military government, such as the International Republican Institute and the National Democratic Institute, will be free to return, Dardery said.

Do Barzani, Atig and Dardery speak for a majority of their constituents? Can they be trusted to carry out their promises?

From Egypt to Iraq, from Tunisia to Morocco, Jordan and Syria, the Middle East is changing more rapidly than anyone could have envisioned 18 months ago. Americans may have come to doubt US power to control the outcome. But at least regional figures still care enough about US opinion to come to Washington and seek our understanding if not support.

Barbara Slavin is Washington correspondent for Al-Monitor and a senior fellow at the Atlantic Council.