UAE Political Islamists Are Not 'Defenders of Human Rights'

The UAE’s political Islamists have been referred to in the West as human rights activists. Sultan Al Qassemi has followed their rhetoric as many Western writers cannot — in Arabic. He explores the social-media posts of one such character, whose writing he describes as xenophobic, exclusionary and repugnant. 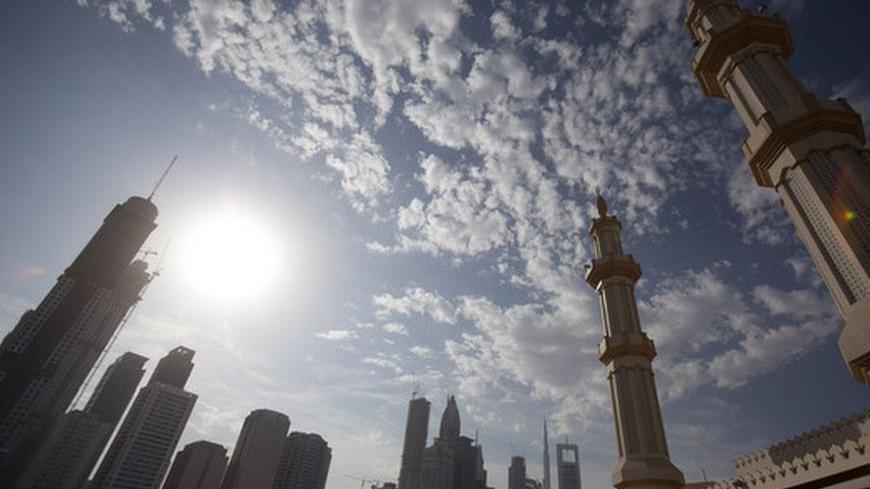 The twin minarets of a mosque are seen with office towers along Sheikh Zayed Road in Dubai, November 29, 2009. - REUTERS/Steve Crisp

For almost two years, the UAE’s political Islamists have been referred to in the West as human rights activists. No doubt, they are indeed activists with an agenda but there is also no doubt that they are not our version of Nelson Mandela, nor is their vision for the country that of the Magna Carta. I have been following their rhetoric — in Arabic — over the past few months on social media with great concern. I have found it to be xenophobic; anti-Semitic; sectarian; exclusionary; racist toward Asians, Africans and other Arabs and overall repugnant.

For instance, a few months back Shamma Hamdan, an 18-year-old Emirati who participated in the "Arabs Got Talent" TV show, bore the brunt of the criticism of the UAE political Islamists (along with other conservative elements). Shamma was referred to as a boya (a slur for "lesbian") who should not even be allowed into local universities. Twitter comments by the UAE political Islamists wondered why her passport wasn’t withdrawn, and why she was “given the nationality” while their own comrades had had theirs revoked. Hardly the language of "human rights defenders."

The case of Hassan Al Diqqi

Hassan Al Diqqi, a leader of the UAE political Islamists, is often referred to, along with his comrades, as a human rights defender. In his 2002 book Features, Al Diqqi peddles countless conspiracy theories about a “Christian-Jewish-Persian project” to dominate the region. Sectarian and ethnic references are found all over the book.

For instance, Al Diqqi refers to the “dangerous Hindu nuclear bomb” (page 50) that India tested in the late 1990s. (There are over 1.75 million Indians living in the UAE.) He also cites the jihadi war against the Christian state of the Philippines and the Hindu state in Kashmir, along with the jihad against Jews, Alawites and Shiites. He also sings the praises of the holy war in Afghanistan (page 129) calling it the greatest form of modern jihad.

Going over the book, I realised how detrimental it would be to the tolerant and ethnically diverse UAE model for “human rights defenders” who share this ideology to assume power in the country. Among the strategies of the so-called “Nation Party” that Al Diqqi founded last summer is the notorious concept of “Promotion of Virtue and Prevention of Vice,” which is employed in neighboring Saudi Arabia. The party’s mantra, which Al Diqqi constantly links to on his Twitter account, plans to put an end to the “negative touristic practices” in the UAE, among other promises.

Here’s a selection of the human rights defender’s tweets, something that non-Arabic speakers are perhaps unaware of. Al Diqqi says, “The Emirati members of al-Qaeda [two of whom participated in 9-11] never targeted their country, how could Al Islah pose a risk to their country?” He then goes on to say that the Muslim Brotherhood, Salafis and al-Qaeda should “rise above” to the common ceiling of the Islamic nation. (It's unclear what that means).

Much of his tweets center around the “American-Jewish-Iranian project to take control of the Arabian Peninsula” conspiracy theory. On Jews and Christians, Al Diqqi prays to God for an “Earthquake to destroy their project” and those who follow them, reminding his readers that religion forbids following the Jews and Christians. The human rights defender Al Diqqi goes on to say in Arabic that “unfortunately, the largest number of churches in the Arabian Peninsula is in the UAE, with more than 30.” He then tweets derisively that “It’s not just churches” that are built in the UAE, tweeting a photo of the Sikh temple in Jebel Ali.

Al Diqqi, the human rights defender, tweets that “the Shiites found an opportunity in Iraq in 2003 and executed Saddam as a symbol" (of Sunnis). He follows up saying that the Shiites of Bahrain, Iraq, Yemen, Kuwait, Saudi Arabia and Lebanon follow a single plan for Syria and that they are executing the “Khomeini plan.” He advises al-Qaeda, the Muslim Brotherhood and the Salafis to collaborate in Syria because their differences are a golden gift to the Shiites and the Americans.

The Arab Spring, tweets Al Diqqi, will be the end of the “snake project” of the Shiites. Al Diqqi, the human rights defender, thanks God for the Jihadi project in Iraq, which he believes will recur in Syria to fight the "Safavid project" there. (Suicide bombings in Iraq have cost the lives of 12,000 civilians, at least). Sadly, his tweets and thoughts are shared and retweeted on social media across the UAE political Islamists spectrum.

Nothing exposes the ignorance of non-Arabic-speaking writers than when they comment on the current events in the UAE without taking the time to read what is written. Referring to the political Islamists as “human rights defenders” is an insult to human rights activists all over the world and the equivalent of calling Greece’s Golden Dawn, Holland’s Freedom Party led by Geert Wilders or Hungary’s Jobbik Party as human rights platforms. If outsiders want to champion the UAE’s political Islamists, they should at the very least refer to them as they truly are: right-wing, exclusionary political movements. Vote for Geert Wilders if you like, just don’t call him a human rights defender.

Sultan Sooud Al Qassemi is a UAE-based political commentator. He tweets as @SultanAlQassemi