After the latest US presidential debate, Sultan Al Qassemi takes note of Mitt Romney's subtle linking of Egypt’s Brotherhood with "al-Qaeda-type individuals." Nevertheless, he writes, there are good reasons why this election does not rank among the top issues in Middle East. 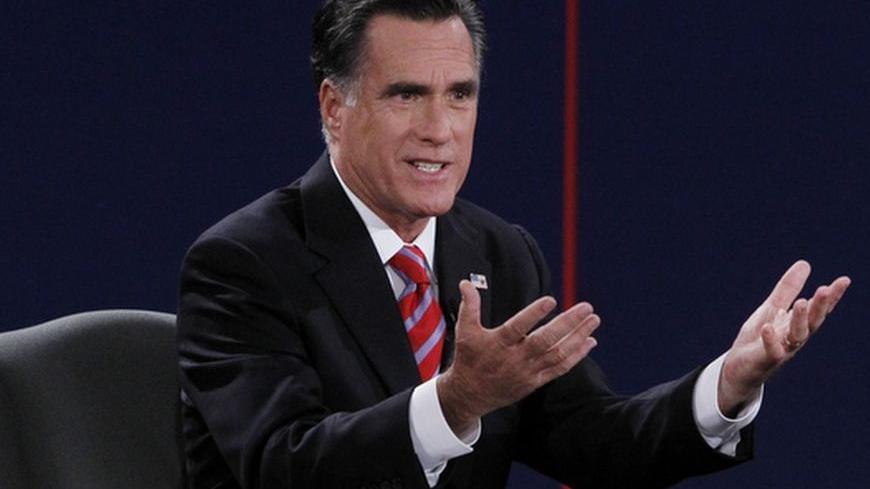 Amidst the jokes about Mitt Romney’s Middle East geography blunder (Iran is Syria’s “route to the sea”) I thought his comment on women’s rights in the Middle East at the outset of the debate was interesting. In the same reply, Romney seemed to hint that Egypt’s Brotherhood was a serious concern to him. After mentioning the Benghazi attack he said: “Mali has been taken over, the northern part of Mali, by al-Qaeda-type individuals. We have in — in Egypt, a Muslim Brotherhood president.” Notice the chronology.

Many Arabs wondered and commented on how and why the candidates would go out of their way to assure Israel of its security. I personally found the moderator Bob Schieffer’s question “Would either of you be willing to declare that an attack on Israel is an attack on the United States?” to have pushed this rhetoric even further to the right. Obama’s comment that the Egyptian government has to “abide by their treaty with Israel. That is a red line for us” must have caught the attention of Mohammed Morsi’s administration. While Israel was mentioned countless times, surprisingly Saudi Arabia, the world’s biggest oil supplier, was mentioned only twice, and both times by Romney.

Obama’s promise that “as long as I’m president of the United States, Iran will not get a nuclear weapon” was also intriguing. Obama can’t be president beyond January 2016. While each candidate talked about “crippling” sanctions on Iran, neither candidate cared to mention that many Iranian citizens are suffering as a result. It’s worth remembering that similar US-backed sanctions against Iraq in the 1990s only empowered the regime there and resulted in the deaths of countless innocent children.

While the Arab governments may be glued to every word, ultimately I don’t see much Middle Eastern public interest in the US presidential election due to a variety of reasons.

Sultan Sooud Al Qassemi is a UAE based political commentator. He tweets as @SultanAlQassemi.