Turkey Will Pay a High Price After Assad 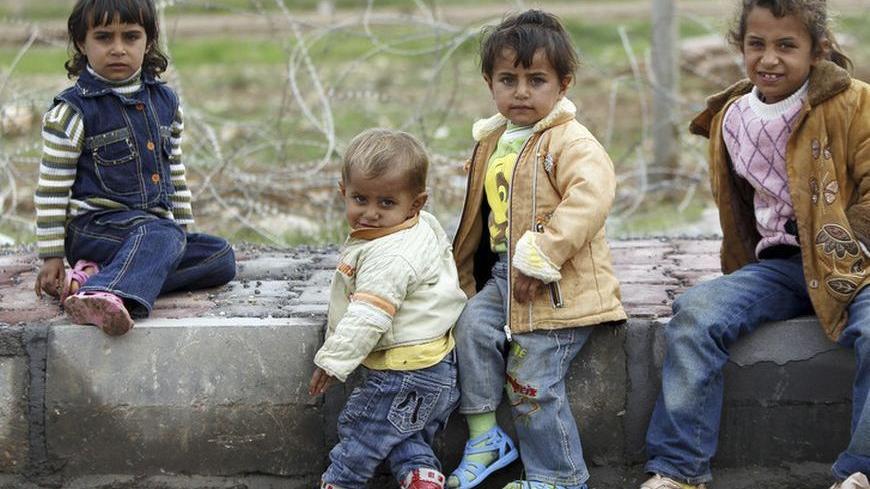 If we have to explain Turkey’s fundamental mistake in the Syria crisis, there is no better way than “putting all the eggs in one basket.” This is exactly what Turkey did by putting all its eggs in the basket of the Muslim Brotherhood and locked itself into the parameters of a zero-sum game.

But a zero-sum game couldn’t be played in Syria. For Turkey to emerge from the Syrian conflict as a country collecting all the bonuses, the Muslim Brotherhood has to fully and absolutely dominate the entirety of Syria. The likelihood of this is close to zero.

Foreign-policy makers in Ankara, while putting all Turkish eggs into the Muslim Brotherhood basket, acted recklessly with extreme self-confidence, confident that the Baath regime will be toppled in a short time.

One reason why the neo-Islamist elite ruling Turkey today adopted an attitude that was far removed from realities was their underestimation of the institutional resistance capacity of the Baath regime against an uprising. This was a gross misjudgment.

But that wasn’t the only reason: There were also emotional instincts in play.

The hope that solidarity among countries dominated by Sunni-based Islam could lead to a new Middle East order in the eastern Mediterranean basin created that euphoria within the AKP elite who lost track of reality. Emotional factors played a significant role in the emergence of Sunni, Islamic and Ottoman elements in Turkey’s foreign policy.

Now, the general expectation is for Assad to be ousted in near future, one way or the other.

For the rulers of Turkey, the criterion for the success of their Syrian policy is Assad’s departure. We are expected to applaud the success of their policy once Assad goes. But if we apply concrete assessment criteria, a positive reaction to their wish won’t be possible.

Before answering the question “What problems await Turkey once Assad goes?” we must ask ourselves “What will be the price of Assad staying in power longer than expected?”

Turkey has already paid a heavy political and economic price for Assad clinging to power for 21 months despite all overt and covert policies and measures we employed to topple him.

As an example, we can cite the almost total disruption of our land trade with the Middle East and costs accrued to transport, production and agricultural sectors. Naturally there will be a price AKP has to pay in domestic politics for this situation. The masses of Syrian refugees more or less invited with the hope that they may facilitate setting up a buffer zone did not work. Today, Turkey is carrying alone the financial burden of more than 140,000 refugees.

As long as Assad remains in Damascus, efforts of the Syrian Kurds to achieve autonomy, seen as a threat by Ankara, will gain momentum. The longer Assad stays in power higher the cost will be for Turkey.

But don’t think that Turkey’s problems will ease once Assad departs. On the contrary, the problems will be more diverse, more complicated and confusing, the vast majority of which can be attributed to Turkey’s faulty policies.

Let’s begin with Turkey’s Kurdish issue: Emergence of Syrian Kurds under the leadership of the PYD — seen as Syrian offshoot of the PKK — affixed regional context to Turkey’s Kurdish issue. In this context Iran, Baath, Baghdad, Kurdistan regional government of Iraq and many other elements entered Turkey’s Kurdish equation. A possible intervention by Turkey in this region will bring with it the risk of internationalizing the issue.

If Syria’s Kurdish issue is solved through peaceful means and Kurds achieve their aspiration of autonomy, Turkey will be exposed as a country with the largest Kurdish population but also a country that has given the minimum political rights to its own Kurds.

Meanwhile, the PKK, with weapons it will acquire from the army of the Baath regime, will be even a greater threat to Turkey’s security.

Ankara’s entry to the Syrian conflict as a party supporting the Sunni majority will cause serious problems of confidence in its relations with other minorities of that country. After every massacre and act of brutality against those minorities, there will be attempts to determine Turkey’s part in it. The fact that weapons to Sunni opposition and Jihadist groups were sent via Turkey will burden Turkey with ethical and political responsibility.

Turkey will also suffer headaches because of the activities of Al Nusra Front and other al-Qaeda-linked groups in Syria.

And finally we might see the small Syrian Turkmen minority being designated a target of retaliation against Turkey.

Since Assad’s departure doesn’t automatically mean stability, the problems of Turkey’s Middle East trade because of the Syrian crisis will continue during the transition period.