Turkey Needs 'Zero Problems' With Its Own Kurds First

A Turkey that can’t resolve its own Kurdish problem through peaceful means can’t talk of “zero problems” with the Syrian Kurds today or tomorrow, writes Kadri Gürsel. 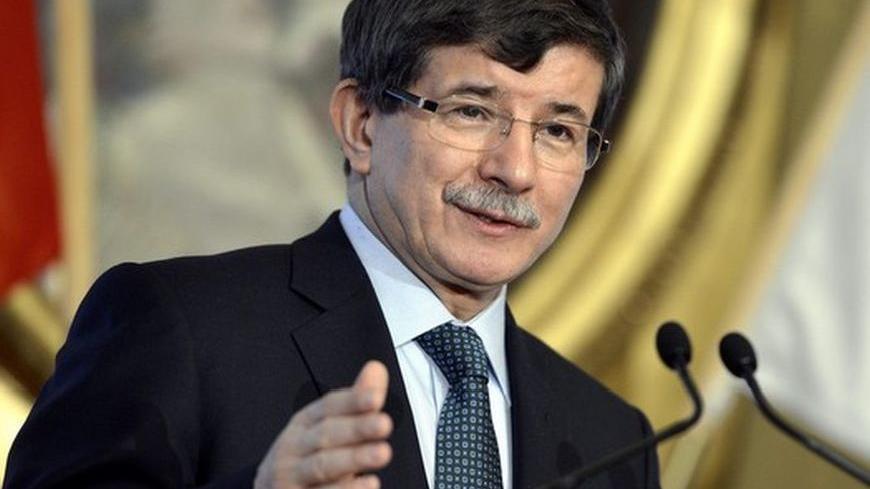 Anyone who follows Turkey’s new foreign policy and the diplomacy of its founder, Foreign Minister Ahmet Davutoglu, is surely aware of the concept of “Zero problems with neighbors.” Ahmet Davutoglu is the godfather of the idea. He has the copyright to it.

Apart from being a concept, what is the significance of "zero problems"? What is it really? Is it a hope, utopia or a discourse? If so, no problem. We all wish to have no problems with neighbors.

The answer is in the official website of the Turkish Foreign Ministry. There is an icon that reads “Policy of zero problems with our neighbors.’’ Click on it. The first sentence you will see is: “Aware that development and progress in real terms can only be achieved in a lasting peace and stable environment, Turkey places this objective at the very center of its foreign-policy vision.”

When we continue reading the text we realize that “zero problems” is not only an expression or an ideal, but actually a policy.

How does the website link “zero problems" to the context of Arab revolutions?

“We believe that our policy of 'zero problems with neighbors' has gained additional meaning and importance as the Middle East stands at the brink of a historical transformation. We hope that the current dynamic for reform advances in way that will meet the expectations of the people while also contributing to peace and security in the region.”

What has to be underlined here is that the Turkish Foreign Ministry has declared “zero problems” as its policy.

Then we have to look how this policy is implemented. This is where we are now:

If someone attempted to list the achievements of the new Turkish foreign policy over the past three and a half years and praise the results of the "zero-problems" policy, nobody would believe it. Although "zero problems’’ is a legitimate ideal, it is also a policy applied wrongly for diverse purposes.

Ankara now has to reinterpret this policy and transform it into a tool of a pluralist democracy that will set an example for Turkey’s neighbors.

The first task for Turkey would be to make peace with its Kurds. If Turkey doesn’t achieve first for its own Kurds the imperative of “meeting the expectations of peoples” that it sets out in its website and satisfy at least their minimal expectations, then we will be heading toward serious problems with the Syrian Kurds.

This is Turkey’s problem: Ankara sees Syria’s mainstream Kurdish movement, the Democratic Union Party (PYD), which has emerged as a political actor in the environment of war and is aspiring for autonomy, as an extension of the Kurdistan Workers Party (PKK). Ankara is not totally wrong.

Turkish officials are making statements equating Syrian regime’s shabbiha militia with the PYD’s armed wing, the People's Defense Units. Here Turkey faces a dilemma. It will either improve its relations with its own Kurds, and therefore not have a security threat originating from Syrian border, or it will continue to perceive Syrian Kurdish autonomy as a threat against Turkey’s security and stability and will devise a way of intervening in that region.

Sources among the PYD and PKK claim that this intervention is already happening, indirectly. They say Al Nusra Front, which is linked to Mesopotamian Al Qaeda and was recently blacklisted by the US, is supported by Turkey and it is now fighting the Kurds at Ras el Ain right on the Turkish border.

A Turkey that can’t resolve its own Kurdish problem through peaceful means can’t talk of “zero problems” with the Syrian Kurds today or tomorrow.

In the context of the zero-problems policy, Middle East revolutions and uprisings, postulate the following: A Turkey that has major problems with its own Kurds cannot talk of "zero problems" with its Kurdish populated neighbors.

At the “Syrian Turkmens Platform” held in Istanbul on Dec. 15, the foreign minister said: ”The basis of our policy is 'zero problems with neighbors' and brother peoples, not with brutes” — by which he meant Assad.

Sixteen months ago, Turkey with its commitment to “zero problems with neighbors” had to severe its ties to the Damascus regime because of its excessively tough handling of the uprising.

The first postulation of the Arab uprisings was “Turkey cannot have 'zero problems with neighbors' who have major problems with their own people.”

The first major misapplication of the "zero-problems" policy was at the NATO summit held in Lisbon in November 2010 when Turkey had to approve the new strategic vision of the alliance.

The pillar of the new strategic vision was the creation of a ballistic missile-defense system for the alliance. The system that was to counter a nuclear-missile threat from Iran could not be effective unless its radar elements were deployed in Turkey. The minute Turkey approved the new project of NATO was the end of "zero problems" with Iran.

This x-band radar at Kurecik-Malatyua is the main cause of the covert cold war between Iran and Turkey. Turkey’s subsequent efforts to topple Iran’s strategic ally in Damascus added to the tension.

The first "zero-problems" reality Ankara faced was that Turkey could not maintain "zero problems" with neighbors who have major problems with the global system. Turkey is a part of that system.

Turkey initially used its "zero-problems" policies with Iran and Syria to relativize its relations with the Western alliance and re-orient Turkey’s political culture base from Western values to the Middle East. But Turkey simply did not have enough capacity to sustain that policy to the end.

The last three and half years since Davutoglu became the foreign minister have taught Turkey plenty about the implementation of the "zero-problems" policy. Now, in the light of lessons learned, this policy must be reset — but this time in a correct and valid manner, starting with the Kurds.

Kadri Gürsel is a contributing writer for Al-Monitor's Turkey Pulse, and has written a column for the Turkish daily Milliyet since 2007. He focuses primarily on Turkish foreign policy, international affairs and Turkey’s Kurdish question, as well as Turkey’s evolving political Islam.