Turkey Needs to Rethink Policy Toward Its Fractious Neighbors

Turkey instituted a policy of “zero problems” with its neighbors a decade ago, an integrated foreign policy in which soft power is balanced with core security interests and which served Turkey well for a time. Current security, economic and political stakes in Syria and Iran, however, may require Ankara to change its philosophy. Kadir Ustun reports. 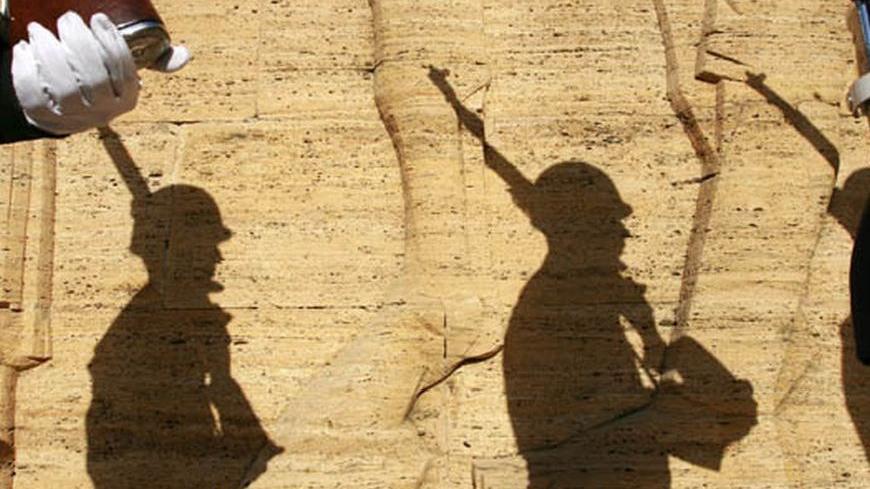 Shadows of Turkish soldiers are seen on a wall as they wait for the start of a ceremony at the mausoleum of Mustafa Kemal Ataturk during the 70th anniversary of his death in Ankara November 10, 2008. 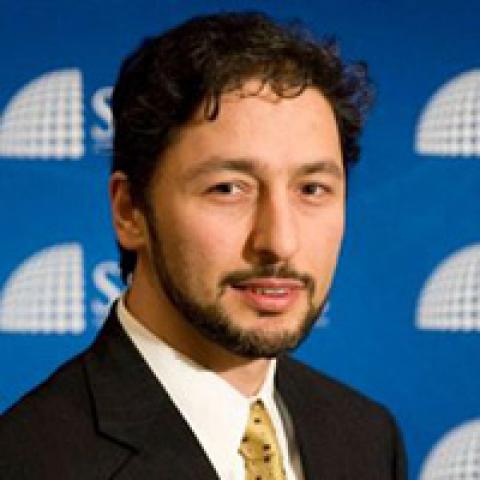 When Turkey devised a policy of “zero problems” with its neighbors a decade ago, the decision was based on necessity, not necessarily on choice.

In the 1990s, Turkey considered virtually all its neighbors to be potential enemies who might support Kurdish militants of the PKK and its intention to carve out a separate state in Turkey’s southeast.

Turkey expended enormous financial and human resources trying to curb PKK activities both in Turkey and in neighboring countries including Lebanon, Syria and Iraq. The 90s proved to be a lost decade for Turkey, as the country could not move forward in spite of significant assets such as a young population and a strategic location.

The issue of Kurdish separatism dominated Turkey’s bilateral relationships and international engagements during this period. This severely undercut Turkey’s prospects to join the European Union as well as its economic growth, democratic credentials, human rights record and overall foreign relations.

But in the early 2000s, starting with a rapprochement with Greece during the tenure of Foreign Minister Ismail Cem, Turkey set out to change these regional relationships. Turkey recognized that the security challenge posed by the PKK could not be resolved through military means alone; it needed more and other kinds of cooperation with its neighbors. The zero-problems approach thus evolved against the backdrop of Turkey’s security-oriented foreign policy of the 1990s.

Turkey was also influenced by US intervention in the region. In 2003, Turkey was presented with a difficult choice: whether to grant the US request to allow American forces to open a northern front into Iraq or reject the request in keeping with overwhelming public sentiment against the imminent invasion. The Turkish parliament did the latter, even though the ruling Justice and Development (AK) Party government — still somewhat insecure as a new party in power — initially leaned toward the former.

"Zero problems with neighbors," thus, represented a necessary mental shift to an integrated foreign policy in which soft power is balanced with core security interests. Through the free movement of goods and services, economic links became the backbone of relations.

This approach resulted in improved economic and political ties with virtually all of Turkey’s neighbors. It also allowed the Turkish public to see neighboring countries — Middle Eastern as well as European — in a different light. Turks still have misgivings and doubts about neighboring countries but no longer worry that they are bent on carving out a piece of Turkey for Kurdish separatists.

The zero-problems policy has also yielded impressive dividends for Turkey in terms of trade, political coordination and overall influence. In the wake of the Arab Spring, the policy is being challenged by security threats, reduced economic activity and increased sectarian realignments. What needs to be recognized, however, is that Turkey’s relations with its neighbors remain multi-faceted and that Turkey is able to cooperate on some issues while disagreeing on others.

Turkey’s extensive relationship with Syria, developed over the past decade, failed to convince President Bashar al-Assad to change course and lead his country toward a democratic future. Turkey admonished Assad to allow civilians to demonstrate peacefully, undertake other reforms, grant Kurds citizenship and hold free and fair elections. However, Assad understood that following Turkey’s advice would mean the end of his repressive regime. Assad did not choose this route and the result has been the deaths of more than 10,000 Syrians amid a burgeoning civil war.

With more than 25,000 Syrian refugees flooding into Turkey, Ankara is seriously considering interventionist measures, such as establishing a buffer zone within Syria. In the aftermath of Syrian firing into refugee camps near the border, Turkey has also threatened to invoke Article 5 of the NATO charter, which obliges all members of the organization to come to the defense of any member who is attacked. Turkey also hosts the Syrian opposition, including Syrian National Council and Free Syria Army leadership.

Due to its security, economic and political stakes in Syria, Turkey has been at the forefront of action against the Assad regime and is working hard to prevent a “black hole” next door. In a post-Assad Syria, whenever it emerges, Turkey will continue to play an important role.

With regard to Iran, Turkey is trying to retain economic relations while abiding by UN sanctions against Iran’s nuclear program. Turkey’s most recent effort to help resolve the nuclear issue by providing the venue for negotiations was criticized by some Iranian officials, which drew an angry reaction from Prime Minister Recep Tayyip Erdogan. Iran eventually conceded and Turkey hosted another round of talks this weekend between Iran and the five permanent members of the UN Security Council plus Germany. Iran’s “constructive” approach was reported and a second round of talks will be held in Baghdad in May. Turkey will likely continue to contribute to this process with an aim to resolve the nuclear issue because it is deeply apprehensive about the possibility of yet another conflict in the Middle East.

Turkey continues to affirm Iran’s right to enrich uranium for peaceful purposes while urging Iran to comply with its international conventions. However, the Turkish-Iranian disagreement over Syria is deep and will probably not be reconcilable anytime soon.

This diversity and complexity is a product of Turkey’s efforts to better engage its neighbors. If Turkey pursued a zero-sum policy with regard to Iran, it would be less useful as a go-between if not mediator with the Islamic Republic.

Turkey’s relations with Iraq are also complex. Turkey has a very strong presence in the northern, Kurdish part of the country and will remain one of the strongest stakeholders in Iraq’s future, despite problems with the central government of Prime Minister Nouri al-Maliki over discrimination against Sunni Muslims in the political process.

Rapprochement with the Kurdistan Regional Government (KRG) became possible through the zero-problems policy, which helped broaden the scope of common interests and has resulted in major economic benefits for both sides. Turkish companies are investing heavily in the region even while the presence of the PKK in the Qandil mountains in northern Iraq remains a challenge for Turkish security.

Recent analyses of Turkish foreign policy have simplistically focused on the fact that Turkey has numerous problems with its neighbors at present. Some have declared the no-problems policy a failure.

But this approach fails to appreciate the historical backdrop against which the policy was designed and the dividends it has yielded for Turkey over the past decade.

Turkey has benefited greatly from unprecedented levels of security cooperation, bilateral trade, political clout and diplomatic influence. Turkey’s neighborhood is undergoing a historic and fundamental transformation, which will continue to challenge all regional actors including Turkey. This does not mean that Turkey’s policy is unsuccessful, especially as long as Turkey stands with people’s legitimate demands as it has throughout the course of the Arab Spring.