No Reason for Attacks on Hagel

Ben Caspit writes that the attacks on Chuck Hagel are not serving Israel or US-Israel relations. 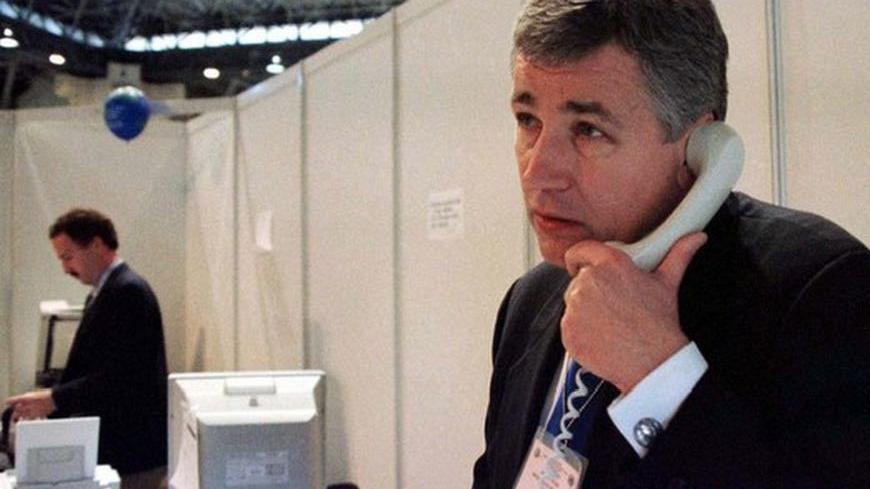 Sometime in mid-2008 I was the author of an article that made the headlines of Maariv. It read: “Concern in Jerusalem: Obama is Getting Closer to the White House.” That article appeared after Barack Obama won several important victories in the Democratic Party primaries, placing him in a comfortable launching point to achieve the impossible, or at least the impossible until then. It looked like he could beat Hillary Clinton and then go on to defeat John McCain. The Jerusalem I was writing about was the Jerusalem of former Prime Minister Ehud Olmert, former Foreign Minister Tzipi Livni, and Defense Minister Ehud Barak. It was a Jerusalem of peace, negotiations and international stature. Israel’s legitimacy around the world was solid. Nevertheless, despite all that, Jerusalem was still worried about Obama, that unknown variable from Chicago, the man who came out of nowhere and managed to whip up every deep-rooted paranoia ever held by Jerusalem into a feverish pitch.

Four years have passed since then. Jerusalem itself has changed. Olmert and Livni are gone, and Prime Minister Benjamin Netanyahu and former Minister Avigdor Liberman have taken their place. Barak is still there (but he has since swapped dog-tags). Obama has completed his first term in office and is now getting ready for his second term. As things turned out, despite all the “Concern in Jerusalem,” Obama has been the most favorable president ever to the Israeli right. True, he never meant for that to happen, but when all is said and done, settlements in the Occupied Territories flourished during his presidency, the peace process died, the US continued to veto every anti-Israel decision in the Security Council, intelligence cooperation between the US and Israel reached an all-time high, and so did the security and military aid that Israel received from the US.

Here’s something worth remembering. At a press conference in early October 2001, Prime Minister Ariel Sharon delivered his famous “Czechoslovakia Speech,” criticizing President George W. Bush’s efforts to piece together an international and pan-Arab coalition against terrorism. Sharon warned America and the world that they shouldn’t even consider turning Israel into a second Czechoslovakia. He gave that speech less than a month after Al-Qaeda launched its terrorist attack against the United States, while in Jerusalem — that same paranoid Jerusalem — people fretted that the US would throw Israel to the dogs in its efforts to spare itself, just like Neville Chamberlain tossed Czechoslovakia under the Nazi jackboots.

The end of the story is well-known. George Bush, Jr. later emerged as one of the most pro-Israeli presidents since the founding of AIPAC. He became a close friend of then-Prime Minister Ariel Sharon and later of then-Prime Minister Ehud Olmert, he invaded Afghanistan and later Iraq, and in April 2004 he gave Sharon his famous letter recognizing demographic changes in the region. That document is still considered to provide the backing for everything pertaining to Israel’s position that it will keep the settlement blocs in the Occupied Territories.

But the paranoia continues. We’ll always have some demon or other to warn against. For now, that demon’s name is Hagel, Chuck Hagel. With the Iranian threat moved to a low burner, and the Europeans, Arabs, and Americans all sweating over the Syrian threat instead, Jerusalem regards the possibility of former Senator Charles Hagel being appointed the new American Secretary of Defense as posing a kind of existential threat against Israel, the Jewish people, or maybe even all humanity. Why is this? Everyone has a different explanation. He once said something or other about AIPAC (who in the US hasn’t said something once about AIPAC, for God’s sake?), he is not fully supportive of the settlements (who in America is?), and he is for making sizable cuts to the defense budget (in Israel too, a significant number of politicians are talking about cutting the defense budget, aren’t they?). In other words, he’s an anti-Semite.

Last week I held an intense series of dialogues with just about everyone who ever made the rounds between Washington and Jerusalem over the past decade (meaning politicians and diplomats, not lobbyists and other interested parties). They all raised the fact that what is happening now is really not that extraordinary. It is just another outbreak of that typically Israeli paranoid psychosis. I spoke with ambassadors, ministers and even former prime ministers, and they all concluded unequivocally that Hagel is not a card-carrying member of the Likud. On the other hand, Likud MK Dan Meridor is no longer a card-carrying member either, nor is Likud MK Benny Begin for that matter. Tell me something: Is Secretary of State John Kerry a Likudnik? After all, Kerry, like most Americans with any real insight, has maintained his position against the settlements for several decades now. Kerry even played an active role in efforts to create channels of communication between Israel and the Assad regime, when that was still relevant. So why was there no similar outcry when Kerry was appointed Secretary of State?

Not one of the people I spoke to remembers Hagel ever taking any active measures against Israel. Not one of them remembers any authentic statement that he made, which would indicate that he holds anti-Israel or anti-Semitic attitudes. Actually, Hagel maintained close ties with Israel, its representatives, and its lobbyists in every position that he held in the Senate. He always expressed interest and showed support, but he also managed to maintain his independence and had his own positions and policies. So what? That’s his prerogative, isn’t it? Yes, Hagel thinks that Israel should consider what the international community has to say. He also thinks that the construction of settlements is an illegal act, but that has been the official American policy since 1967. There are even a few Israelis in Israel, none of them card-carrying members of the Likud, who think that, perhaps, the time has come for America to help Israel defend itself against itself. Someone should tell those people in Jerusalem that the emperor has no clothes, that their arrogance will lead us to a third Intifada, and that their complacency has already resulted in more than one disaster, so it should be avoided.

There is absolutely no reason for these attacks on Hagel. They lack any meaningful basis in fact, and can end up hurting Israel more than they help her. Anyone who suggests that Hagel would not throw his support behind an American assault on Iran is forgetting something. Unlike the enlightened Mideast democracy that is Israel, in the US, policies like that are determined in one place and in one place only: the Oval Office of the White House. The President of the United States alone will ultimately decide how and when to take action against Iran, and the members of his Cabinet will do exactly what he says. Now, it is quite possible that the US is nothing more than a banana republic that prohibits any of its secretaries or under-secretaries from coming out openly against the president’s policies, but that’s the way things are in the US. Obama doesn’t need to be re-elected. He has learned about Iran the hard way, he is spearheading aggressive sanctions that are paralyzing Iran, and if he comes to the conclusion that the military option is all that he has left, even a thousand Hagels won’t be able to change that. Maybe it would be better if Hagel was there after all. That way no one could pop in to Barnes and Noble later to pick up the latest conspiracy bestseller, claiming that the attack against Iran was orchestrated by Israel. We’ve already seen enough books like that.

That’s the real threat that Israel faces. There’s a growing feeling in America that here in Jerusalem we tend to see Washington as a satellite state. People once claimed that Israel is the fifty-first state of the US. Soon they’ll be saying that the US is another illegal Israeli outpost. It’s time for us to let the Americans manage their own affairs. They deserve it.