The Good and Bad Muslims Of Western Media

The vilification and stereotyping of Arabs and Muslims is rampant, writes Habib Battah. Most recently, ABC aired a Barbara Walters special that asked people of various faiths about heaven. But while most religions were given nuanced portrayals, Muslims were presented as either good, soft-spoken scholars, or bad, bloodthirsty terrorists. 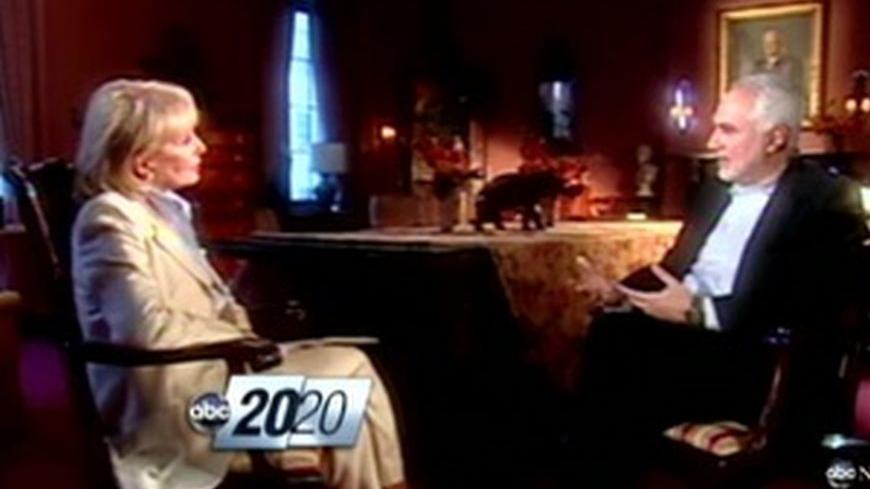 The veteran media critic Jack Shahen tells us 90% of Hollywood films depict Arabs negatively, reinforcing “a consistent pattern of dangerously hateful stereotypes” in his book, Reel Bad Arabs, which examined 1,000 American movies produced since 1896. An equally in-depth study needs to be conducted for television news, where the vilification and stereotyping of Arabs and Muslims has been similarly consistent.

Most recently, a shining example of this trend was the two-hour ABC news special dubbed “Heaven,” which aired earlier this month on the program 20/20, with host Barbara Walters asking: "Where is it and how do we get there?" Of course one would require a healthy imagination to think such questions could be answered in 120 minutes of Walters' interviews, many of which were clearly dug up from the ABC archives for the show. Yet the two-hour slot provided plenty of time to honor the American broadcast news tradition of promoting an Orientalist, Islamophobic narrative that paints Muslims as probable fanatics.

To answer such vague questions about our complicated views of the afterlife, Walters and her team travel the world, speaking to Catholics, Protestants, Mormons, Jews, Buddhists, Atheists; they look at the portrayal of heaven in movies, music and ancient mythology. They speak to priests, pastors, reverends, rabbis, televangelists, even the Dalai Lama himself. Some interviewees came off as articulate and inspiring, while others seemed rather narrow-minded or outlandish. Yet when it came to reporting the views of heaven by Muslims, viewers were offered a stark choice between a soft-spoken scholar and a bloodthirsty terrorist behind bars.

It seemed that far more effort went into producing the latter interview than any other segment, with Walters traveling across oceans to visit an Israeli prison and meet members of Hamas.

She sat down with Jihad Jarrar, who reportedly failed at his attempt to suicide bomb Israelis in 2001.

Walters explained, "Knowing he was only a moment from eternity in paradise, Jarrar pressed the detonator, but the bomb failed." Jarrar tells Walters what she expects to hear: that he attempted to kill Israelis in his bid to go to heaven and encounter virgins there.

In her voice-over narration, Walters tells us Jarrar joined Islamic Jihad at the age of 17, and to illustrate this, ABC rolled classic footage of random marching Islamist fighters. There was no description of where they were, who they were, why they were marching or what, if any, relation they had to the man being interviewed or his upbringing.

And why would ABC News bother describing these young fanatics? They are all the same apparently, a sort of Islamist militant wallpaper or "B-roll,"as such stock footage is known in television. The point here is not to examine perceptions of heaven in Islam, it is to lump Muslims into two broad, easy-to-digest categories: The militant killers who terrorize the streets with AK-47s and the soft-spoken type, fluent in English. The bad and the good. In this case the “good Muslims” were represented by Faisal Abdel Rauf, the head of a New York City mosque.

"The killing of innocent civilians is expressly prohibited in Islam," he tells Walters, in a clip that is played immediately after the words of Jarrar, the classic bad Muslim. It’s as if we are being told Islam has a sort of split personality, akin to the age old tale of Dr. Jekyll and Mr. Hyde. It’s never quite clear which Islam we can trust.

Still, if ABC is telling us that Muslims can be either peaceful folks or stone-cold killers, why is this dichotomy not applied when presenting the views of other faiths in the "Heaven" show? In fact, throughout the entire two hours of the ABC special, we are not offered a single militant Christian, Jew, Atheist, Hindu or hateful follower who is willing to kill in the name of his or her religious views.

Instead, the clerics who represent these faiths come across as well-mannered individuals, often willing to have a laugh with Walters. Why then, when it came to Islam, did 20/20 choose to juxtapose a well-groomed elite with a scruffy criminal in a jail cell? Are American viewers to believe that it is only among Muslims that religiously-grounded militancy and intolerance exist, and thus should be examined in its journalistic report? Or were hateful Muslims the only violently religious individuals available for interviews with ABC? Did the team at ABC News even think of asking militants from other faiths to be interviewed for the show? Surely they know that thousands of Muslims have been massacred at the hands of Christian militias in Serbia and Lebanon or by Buddhists in Myanmar or Hindus in India?

Since Walters was chaperoned by Israeli security forces, did she consider examining the Israeli military as a whole, as an instrument of defending the Jewish state? ABC producers could also roll footage of civilian Israeli settlers, who frequently carry machine guns in public and whose attacks on Palestinians have risen dramatically over recent years, according to the Office of U.N. Commissioner for Human Rights.

In fact the very public hatred toward Palestinians was revealed earlier this month when many young Israelis openly called for the killing of a Palestinian boy who was taped being assaulted by border police.

But why does Walters need to travel halfway across the world to find militant religiosity when guns and prayer mix so openly in the United States? At the Assembly of God church, for example, worshipers have been encouraged to bring their weapons to services. In battle, US military chaplains and soldiers routinely pray before combat missions. And let’s not forget Lee Greenwood’s chart-topping hit “God Bless the USA,” the favorite anthem of former US Central Command Chief, General Norman Schwartzkopf who famously played the song while assembling his troops before going into Iraq in 1991.

In preparing for the “Heaven” episode, ABC producers clearly thought it was essential to examine the concept of killing in the name of conviction. But why was this phenomenon presented as uniquely Islamic or uniquely religious?

Could she not find a fanatical Protestant or Catholic Irish militiaman from that country’s bloody conflict? Or how about the US-based Christian Identity Movement, which is often associated with white supremacy?

Would it have been difficult for an ABC producer to find US military families who believe God protects the United States and calls on them to fight and die for its freedoms? Would it be difficult to find good, church-going US soldiers who say they are willing to kill enemies of the United States for the patriotic promise of protecting their families back home?

Now that 20/20 has tackled heaven, will they consider doing a show on "freedom?" If so, one would hope that the “Christian view” of this concept would not be represented by interviewing selected belligerents who may say they are willing to kill — or at least accept collateral damages — for it.

The photos in this article are screen grabs of ABC News footage.

Habib Battah is a Beirut-based journalist, media critic and author of the blog www.BeirutReport.com