The Salafist "Hazemoon" movement, which has supported President Mohammed Morsi since his election, may be growing in influence — and making moves toward challenging Morsi and the Muslim Brotherhood, reports Maggie Fick in Cairo. 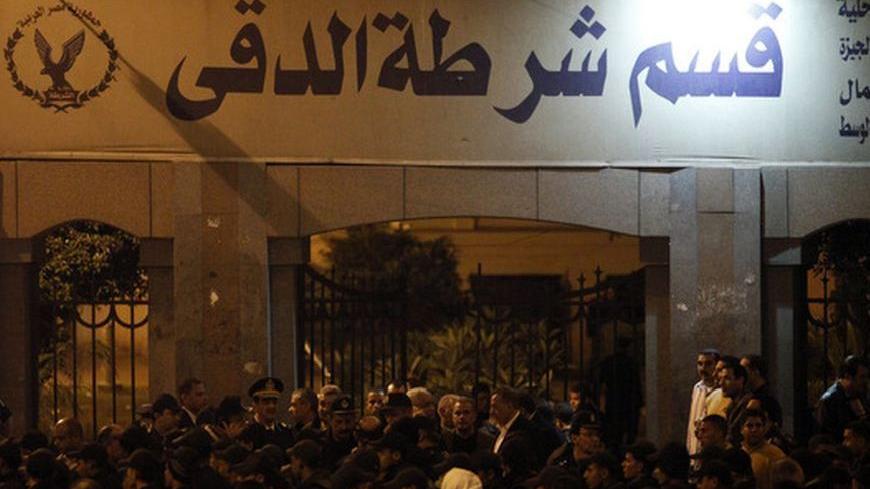 During the ongoing political crisis, Morsi has relied on the support of the Muslim Brotherhood and other Islamic groups while facing increasing pressure from his opponents. Although the liberal opposition is by no means entirely secular, anti-Morsi protesters have chanted against the "government of the Guide," a reference to the influence that the spiritual head of the Brotherhood is perceived to have in Morsi's government.

Morsi may soon face a new challenge from inside the Islamist camp — from an ultraconservative Islamist preacher and his followers, who may choose to break from the Brotherhood-led Islamist coalition to pursue their own political agenda.

Aside from the Brotherhood, the most prominent Islamist force on the scene amid the turmoil of recent weeks is a smaller and more conservative group wielding an outsized influence thanks to its popular leader Hazem Abu Ismail, the namesake of the so-called "Hazemoons" — a rising force within the Salafi movement that has demonstrated its ability in recent weeks to both help and hurt the president and his controversial agenda.

Islamist alliances forged during the series of elections held since last year's uprising were reactivated in the wake of Morsi's decree. As in other tense moments during Egypt's post-revolution transition, the powerful Muslim Brotherhood and various Salafi groups came together over shared interests, this time to back the president and attempt to provide popular legitimacy for the disputed constitution.

Brotherhood kingpin Khairat al-Shater — who some Egyptians feel wields more power in the country than the president himself — held a press conference a week before the Dec. 15 referendum vote with a range of allied Islamist groups to call for the referendum to be held on time.

Al-Shater deployed a familiar rhetoric, accusing unnamed Egyptian and foreign parties of attempting to steal the revolution and incite chaos in the country. He said that an "Islamist coalition" of 10 groups was working to protect the legitimacy of the elected president and of the constitution that was voted on by an assembly dominated by Islamists, after nearly all the non-Islamist members resigned in protest. At the same press conference, a member of the Salafist Calling said that his group was ready to offer "more martyrs" to protect this legitimacy, according to comments published by state-run Al-Ahram.

Although Abu Ismail urged his followers to join various Islamist rallies in support of the president over the past weeks, the lawyer-turned-cleric appears to be laying the groundwork to make another bid at fulfilling his political ambitions.

Earlier this year, Abu Ismail launched a bid to run as an independent presidential candidate after he was rejected by the Salafi Al-Nour Party's leaders and clerics. He was disqualified after it was proven that his mother had held American citizenship, but his popularity has only grown since this setback.

On Sunday, Dec. 17, Abu Ismail announced that he had just finished preparations to set up a new political party and that the party would contest 100% of the seats in the parliamentary elections to be held two months after the official results of the constitutional referendum are announced, if the document is approved by voters (as expected given the first-round results).

This announcement comes after busy weeks for the Hazemoons, who have been involved in various pro-Islamist (and pro-Morsi) sit-ins and rallies, notably a sit-in outside Media Production City, the home of a number of private Egyptian television stations which Salafi groups have said are "tools for burning the country." This sit-in began on Dec. 9 and was adjourned after a call from Abu Ismail to his supporters to go vote in last Saturday's constitutional referendum; the group plans to continue their sit-in after the second and final round of referendum voting is held this Saturday, Dec. 22. A video interview posted on YouTube on Dec. 13 showed Hazemoon supporters outside the media complex in Cairo preparing for a sustained mass demonstration.

It was not until the day of the referendum that Hazemoon supporters were directly implicated in violence. On Saturday night, Dec. 15, the liberal Wafd Party headquarters came under attack by a group that stormed the party's office in Cairo, carrying knives and throwing Molotov cocktails. Wafd blamed Abu Ismail for the attack, saying that he had ordered his followers to lay siege on the building; the newspaper published an article criticizing Morsi for not speaking out against the attack.

Abu Ismail denied his group was involved in the attack, but issued a call via Facebook to his supporters on Sunday, saying that "sacking the minister of interior" was an urgent necessity and calling for his supporters to convene at 7 p.m. at a police station in Cairo. The call for the interior minister's removal was reportedly linked to anger by the Hazemoons over what they saw as a failure by security forces to protect the ultraconservative cleric in Alexandria last Friday. The call prompted the deployment of hundreds of Central Security Forces around the police station that Abu Ismail had specified; central roads leading to the station were blocked off in the centrally located Doqqi neighborhood. Shortly before 7 p.m. on Sunday, another message was posted on Abu Ismail's page stating that his supporters would not be present at the police station. Although this could have been interpreted as a means of deflecting blame for any violence between his group and police, the protest did not materialize, suggesting that the powerful cleric had played a successful trick on the Interior Ministry by prompting a response to his threat.

Abu Ismail's challenge to the Interior Ministry may signal a looming conflict between his group and the Brotherhood. A senior member of the Brotherhood's Freedom and Justice Party issued a warning to Abu Ismail on Sunday on his own Facebook page, urging him to legally register his political party so that other unnamed elements would not cause trouble in the name of the Hazemoons. At the same time, he did not blame Abu Ismail for the Saturday attack on the Wafd headquarters, saying that the unnamed forces who attacked some two dozen Brotherhood offices around the country over the past weeks are likely the same ones responsible for the Wafd attack.

On Monday, Dec. 17, Morsi's spokesman said at a press conference that orders had been issued to the interior ministry to arrest and prosecute anyone taking part in attacks on public or private property. According to comments published by Al-Ahram, Yasser Ali said that "recent attacks on the offices of certain political parties, government institutions, media outlets and places of worship" were "a new phenomenon in Egypt."

Khalil al-Anani, an expert on Islamist movements, told Al-Monitor that the Hazemoon group embodies a new trend within the broader Salafi movement that he termed "revolutionary Salafism." Al-Anani said that the group advocates its "conservative religious ideology" through an "active and revolutionary political agenda."

"They operate outside formal politics [but] seek to become a key player in the political arena," al-Anani said. He said that Abu Ismail and his followers have become more visible since Morsi took power in June, mainly because Morsi has employed the group as additional manpower against his liberal and secular opponents.

Al-Anani concluded that the latest moves by Abu Ismail and his followers are beginning to damage Morsi's image, as it is clear that the president is not in control of the group although they have proven to be useful, if now unpredictable, supporters.

"So far, [Morsi] blinds his eyes to the emerging role of Hazemoon," he said. "With time, he will have to confront them. Then, it will be a very risky game, as they might turn against him and threaten his rule."

As with other Salafi political movements that have emerged since the revolution, it is unclear how Abu Ismail will reconcile his ideology with practical political concerns.

Last week, Al-Qaeda leader Ayman al-Zawahiri posted a video on YouTube announcing his support for Abu Ismail. According to the Egyptian daily Al-Masry Al-Youm, al-Zawahiri encouraged Abu Ismail and his supporters to continue the revolution and to claim it back from parties that had manipulated and aborted it. 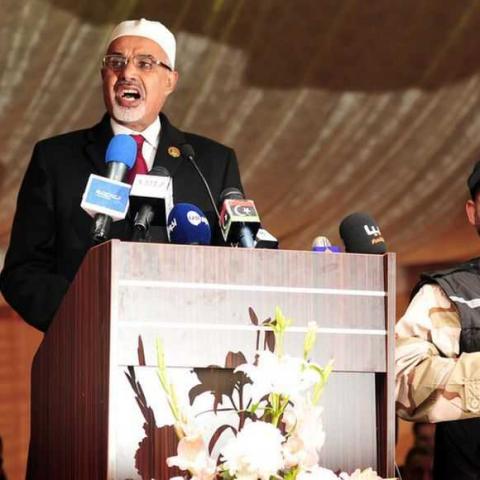 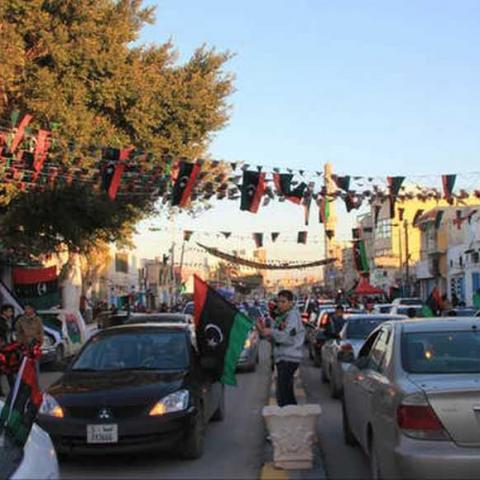 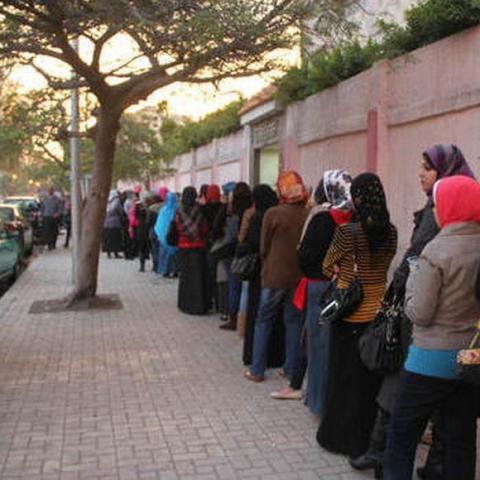