The Obama administration is pressing to change the rules on weapons exports despite objections from Congress, which is concerned about the spread of drone technology across the Middle East, writes Richard Sisk. In May, Iraq agreed to buy at least six unarmed US surveillance drones and Turkey is currently haggling for new drones. 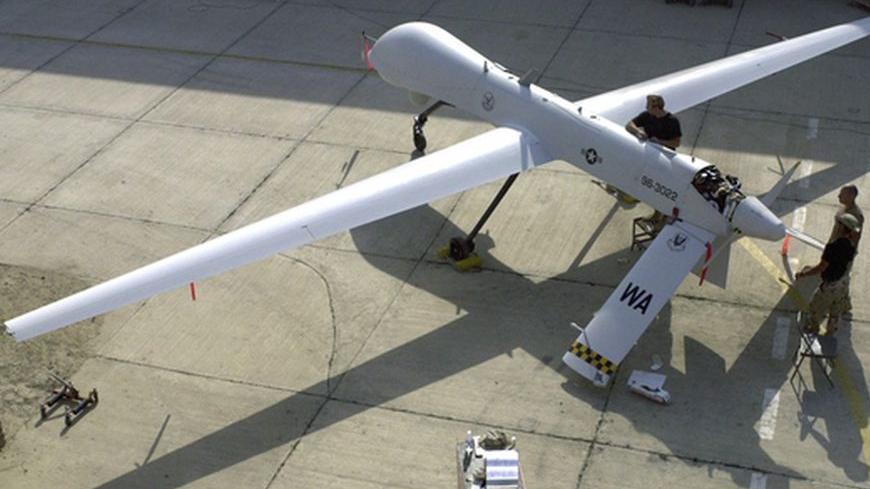 Fleets of military drones are proliferating in the Middle East, potentially adding to tensions in the region, under a renewed push by the US Defense Department to lift restrictions on arms sales and boost profits for US manufacturers.

In May, Iraq agreed to buy at least six unarmed US surveillance drones despite the protests from Iran. Turkey currently is haggling with the US for the purchase of $4 million hunter-killer Predator or $30 million Reaper drones armed with Hellfire missiles and laser-guided bombs for use against the guerrillas of the PKK (Kurdistan Workers Party).

Israel already has a thriving UAV (unmanned aerial vehicle) industry and sells drones, some the size of a Boeing 737 airliner, around the world. Israeli drones keep a constant watch over the Gaza Strip, where residents sometime refer to the buzz of the drones as “zenana” — Arabic slang for a nagging wife.

Iraq’s drone buy is intended to shield its booming oil exports and oil platforms in the Gulf. It is part of a $15 billion deal with the US that includes 36 F-16 fighter-attack aircraft, M1 Abrams tanks and armored personnel carriers to be used for “defensive purposes.”

The drone sale showed that the Iraqis “understand the importance of the mission to protect its oil platforms,” Army Lt. Gen. Robert Caslen, head of the U.S. Office of Security Cooperation-Iraq, told Al-Monitor.

Despite the close ties between Baghdad and Tehran, complaints from Iran over the drone sale were brushed off by Ali al-Moussawi, an adviser to Iraqi Prime Minister Nouri al-Maliki. “Iraq should have the ability to protect itself against outside aggression,” al-Moussawi told the Associated Press. “Whether Iran has concerns or not, we’re okay with that. This is in our interest.”

The type of drone sold to the Iraqis was not specified, but both sides to the deal stressed that the UAVs flying over the Gulf would be unarmed and used only for reconnaissance and intelligence gathering.

Turkey is demanding an entirely different type of UAV as part of any deal with the US, as made clear by Turkish President Abdullah Gul at the NATO summit in Chicago in May. Gul told a news conference that his private meetings with President Obama on the proposed sale of armed Predator or Reaper drones were “positive” but he expected the president and Defense Secretary Leon Panetta to show a “stronger will” in overcoming objections from the US Congress.

“They are trying to convince Congress,” said Gul, who showed frustration at the holdup. He noted that Turkey already has plans to buy 100 new F-35 fighters.

“If drones are dangerous weapons, these [F-35s] are even more dangerous. We are buying these fighters and we are participating in the manufacturing process,” Gul said. “These things should be told to Congress members.”

As a NATO ally, Turkey expects the same consideration shown to another alliance member, Italy. The Obama administration has recently been pressing Congress to approve the sale of kits at $17 million a piece to Italy to arm its current fleet of Reaper surveillance drones with Hellfire missiles.

But Turkey’s experience with drones has given pro-Israel members of Congress pause. Turkey currently has several Helon drones bought from Israel, but their operational status is questionable. Israel withdrew technical support for the drones as relations worsened after the deadly Israeli commando raid on a Turkish ship bound for Gaza in May 2010.

Turkey also designates routes and coordinates intelligence for four US Predator drones flown out of the US airbase at Incirlik in southeastern Turkey to monitor movements of the PKK militant group.  Last December, Turkish Prime Minister Recep Tayyip Erdogan denied media reports that intelligence provided by a US Predator led to a Turkish air strike that mistakenly killed 34 Kurdish villagers.

But last month, Kemal Kilicdaroglu, leader of the opposition Republican People’s Party, brought up the air strike in the village of Uludere in condemning a PKK attack that killed eight soldiers in the Daglica district.

“In Uludere, they bombed civilians detected by UAVs. Now take a look at Daglıca,” Kilicdarogu said, according to the Hurriyet newspaper. “The militants travel with heavy weapons, get into position, surround the outpost and launch an attack. Are we not to ask: What happened to your UAVs?”

Turkish opposition leaders asked similar questions last month after a Turkish F-4 fighter was shot down by Syria over the Mediterranean, killing the two crew members: Why was an aging US-built jet sent on the mission instead of a UAV?

Turkey and other Middle Eastern states with security cooperation agreements with the US would have the UAVs if Defense Secretary Panetta could convince a Congress made wary by reports that President Obama keeps a “kill list” of alleged terrorists for targeting by US drones.

In a statement, Sen. Dianne Feinstein (D-Calif.), head of the Senate Intelligence Committee, said “There are some technologies that I believe should not be shared with countries, regardless of how close our partnership.”

But in a speech at the US Institute for Peace last month (June 28), Panetta said he would press for loosening the restrictions on arms sales, with or without the support of Congress.

“Our security cooperation programs still rely on a patchwork of different authorities, different funding [and] different rules governing defense exports” that were established during the Cold War, Panetta said.

“I strongly support efforts to achieve comprehensive reform in these areas through legislation. But I have also directed the Department of Defense’s senior leadership team to streamline and strengthen those security cooperation procedures that are under our control” to boost sales, Panetta said.

“Defense trade is a promising avenue for deepening security cooperation with our most capable partner nations,” he added. “Our on-going work in reforming our export control system is a critical part of fostering that cooperation. This is important for American jobs and for our ability to invest in new defense capabilities for the future.”

Richard Sisk is a veteran Pentagon correspondent, most recently for the New York Daily News.