Civil Rights, Not Statehood, Should Be Palestinian Focus

Sadia Ahsanuddin and Linah Alsaafin write that despite Palestine's achieving non-member observer status at the UN General Assembly, the quest for statehood is over and Palestinians should shift their attention to obtaining civil rights within Israel. 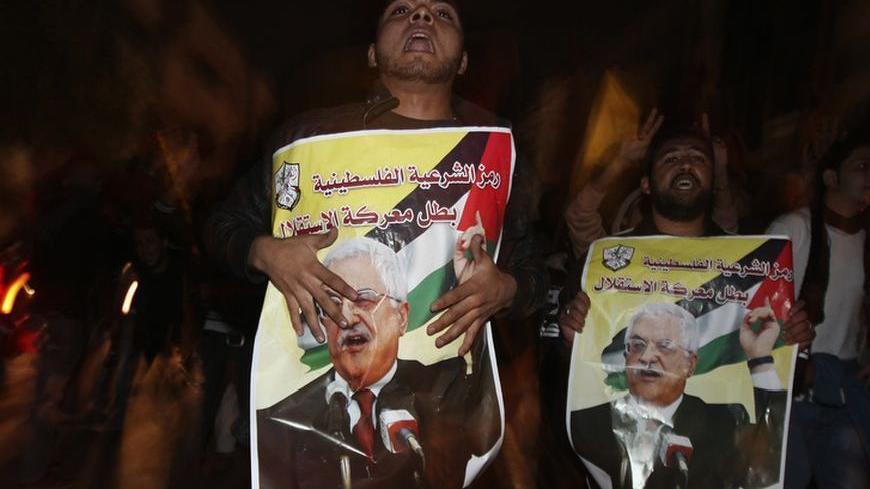 On Nov. 29, 2012, the UN General Assembly overwhelmingly voted to upgrade the status of the Palestinian Authority (PA) to a non-member observer state — indicating recognition for a Palestinian state based on the 1967 boundaries.

In the days preceding the vote, Israel lost the support of European allies, including France and 15 other members of the European Union. Palestinian Authority president Mahmoud Abbas addressed the General Assembly afterward by saying, “Yes, now we have a state.” His sentiment, though, was premature.

The geopolitical reality on the ground today is that a sovereign, independent Palestine consisting of the West Bank and Gaza is no longer possible. The two-state solution, according to many specialists, is now impossible to attain.

Instead, Israel maintains de facto control over the Occupied Palestinian Territories, and its influence is growing.

What we are seeing is the gradual establishment of a single state comprised of present-day Israel and the Palestinian territories.

The Israeli government significantly undermined the prospect of a future state in Palestine immediately following the UN vote. On Nov. 30, the Israeli cabinet approved the building of 3,000 new housing units in illegal settlements in the West Bank and East Jerusalem. In particular, the Israeli cabinet approved planning and zoning in the E-1 area, located between Jerusalem and the Israeli settlement of Ma’ale Adumim. Israel was unmoved by condemnations of the settlements offered by Britain, France, Sweden, and other members of the European Union.

Implementation of the E-1 plan would create a continuous Israeli-controlled territory in the West Bank, stretching from Jerusalem and extending eastward to Ma’ale Adumim. Not only would construction in the E-1 area cut off the West Bank from the intended capital of a future Palestinian state, East Jerusalem, but it would divide the West Bank, an area already carved up by settlements and military checkpoints.

Regarding the decision to commence planning for E-1, the Palestinian chief negotiator Saeb Erekat said, “Anyone who looks at the map, looks at the geography will know exactly that this decision means that there is no more two-state solution.”

However, Palestinian control of the West Bank has already been diluted because of existing settlements and changes in demographics.

As Israel plans its gradual annexation of the territories, Palestinians are denied basic rights such as access to clean water, electricity, and medical aid, and are denied opportunities for progress by the restrictions on imports, exports, education, and travel opportunities. Indeed, on August 27, 2012, the United Nations released a report stating that Gaza will be uninhabitable by 2020 due to lack of a clean water supply, schools, and hospitals.

Palestinians must recognize that the reality on the ground no longer lends itself to the establishment of two states. This therefore means a shift from the struggle for statehood to a struggle for equal rights under Israeli law — the right to representation in Israeli government and the right to live as any other Jewish national.

This could take the form of a single-state confederacy that guarantees both nationalities their rights — an idea that has an increasing amount of support, with Harvard University hosting a conference on the topic in March 2012 and a copious amount of literature discussing the possibility. Indeed, in April 2010, Knesset Speaker Reuven Rivlin said, “I would rather Palestinians as citizens of this country over dividing the land up.”

Conscientious global citizens will recall that the answer to the problem of segregation in America was not separate facilities for separate peoples; similarly, the answer to apartheid South Africa was not the bantustanization of the native population. The answer was cohabitation, desegregation, and gradually, harmony.

It is now time that Israelis and Palestinians begin to walk down this path. Those Palestinians advocating a civil rights agenda should consider the following tactics to achieve this goal: proceedings at the International Criminal Court to bring war criminals to justice and pressure the Israeli government to grant basic rights; an end to restrictions on international assistance to the Palestinians; encouraging  companies, universities, and countries to join the boycott, divestment, and sanctions movement against Israel; and coordinated grassroots popular resistance by Palestinians on the ground against Israel.

The Israeli government’s encouragement of settlement-building gradually ensures Israeli control over the occupied Palestinian territories and belies any intent to grant sovereignty to an independent, neighboring Palestine. If Israel cannot grant Palestinians sovereignty as an independent state, they must grant them representation as citizens within Israel.

Linah Alsaafin is a writer and editor based in the West Bank. Sadia Ahsanuddin is a researcher and writer based in New York.