Though the Hapsburgs, Romanovs and Pahlavis are gone, the House of Saud survives. But for how long? Bruce Riedel reviews a new book by Karen Elliot House, who presents an ominous picture of a country seething with internal tensions and anger. 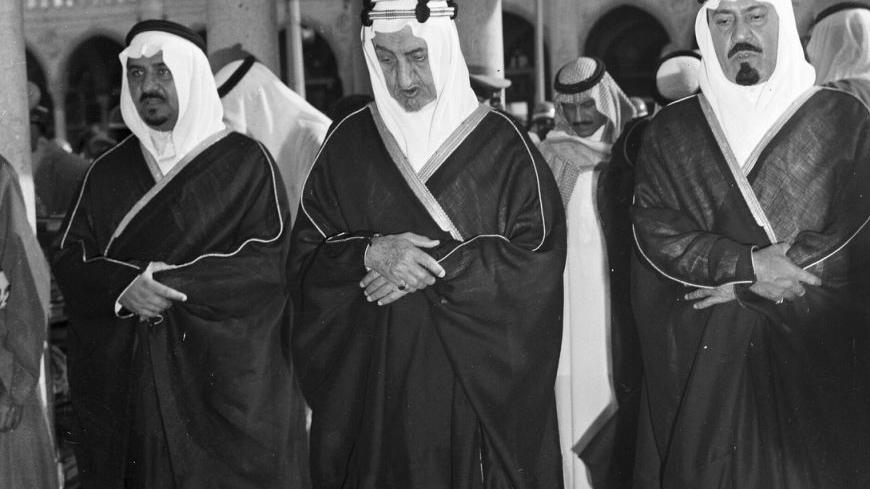 The Kingdom of Saudi Arabia is an antique, the last absolute monarchy in the world, perhaps the last in human history. The Hapsburgs, Romanovs and Pahlavis are gone but the House of Saud survives. But for how long?

Perhaps the greatest international challenge the next US president could face is a revolution in Saudi Arabia if the royal family’s time runs out.

A timely new book, On Saudi Arabia:  Its People, Past, Religion, Fault Lines and Future by Karen Elliot House, presents an ominous picture of a country seething with internal tensions and anger.

The royals, 25,000 princes and princesses, own most of the valuable land and benefit from a system that gives each a stipend and some a fortune.  Foreign workers make the Kingdom work; the 19 million Saudi citizens share the Kingdom with 8.5 million guest workers.

Other fault lines are getting deeper and more explosive.  According to House, regional differences and even “regional racism” between parts of the country are “a daily fact of Saudi life.”  Hejazis in the West and Shiites in the East resent the strict Wahhabi lifestyle imposed by the Quran belt in the Nejd central desert.  Gender discrimination, essential to the Wahhabi world view, is a growing problem as more and more women become well educated with no prospect of a job. Sixty percent of Saudi college graduates are women but they are only twelve percent of the work force. You can hear some of their angry voices in this book.

Since the start of the revolutions in the Arab world in early 2011 the most important question has been will they spread to the Kingdom? The stakes are huge, since one in four barrels of oil sold in the world are Saudi produced.

The American alliance with Saudi Arabia is the oldest alliance Washington has with any country in the Middle East dating to 1945 when President Franklin D. Roosevelt met with the founder of the modern Saudi state, Abdul Aziz bin al Saud, and fashioned an oil-for-security bargain.

Today the United States needs Saudi Arabia more than ever.  Our oil imports are up from the kingdom. The alliance with Egypt is in doubt. Iraq is tilting toward Iran.  The Saudis are our critical partner in the war against al Qaeda in Yemen and elsewhere. Saudi intelligence has thwarted at least two al-Qaeda attacks on the American homeland since 2010. Saudi support is important to containing Iran.

Yet the kingdom is also a source of anxiety. European intelligence sources say the kingdom’s rich are still the No. 1 source of finances for extremist Islamic groups including the Afghan Taliban and Pakistan’s Lashkar-e Tayyiba. And the kingdom has all but annexed its small neighbor Bahrain to squash a democratic revolution on the island that hosts the US Navy’s Fifth Fleet.

The current Saudi Kingdom is the third state created by the House of Saud. Two earlier kingdoms — the first created in  1745 — collapsed because of outside pressure and internal divisions created by succession quarrels.  All three have been based on a unique partnership between the Saudi royal family and a conservative clerical establishment begun by Muhhamad ibn Abd al Wahhab, one of the most important Islamic figures since the earliest days of the faith.  The Saud-Wahhab alliance remains crucial to the Kingdom’s stability today.  Since the Kingdom is also home to Islam’s two holiest cities, that partnership has global implications.

House’s new book is a well-researched and argued assessment of the current state of the kingdom. A veteran journalist who has been visiting and reporting on the Kingdom for 30 years, House has interviewed Saudis from richest royals to the destitute poor.

For decades the kingdom has been blessed with good leadership and King Abdullah is a progressive by Saudi standards.  But the third Saudi state will soon face an unprecedented succession challenge.  Since the death of ibn Saud in 1953, succession has moved only among his sons. Now they are all old, ill and few in number.  Sooner rather than later the kingdom will have to pick a grandson of ibn Saud and there is no agreed formula for how to do so other than that the last of the current line will choose from his own sons.  The House of Saud will enter a new world then, without the legitimacy its leaders have enjoyed for a century.  History is not encouraging; the second Saudi state fell apart over succession problems in the late 19th century.

Revolution in Saudi Arabia is no longer unthinkable.  Ironically, the more successfully the revolutions in other Arab states develop, the more likely Saudis will also want a government that is modern, accountable and chosen by the people.  But revolution in the Kingdom may come from angry extremists outraged by the Kingdom’s alliance with America.  Ms. House usefully reminds us that al-Qaeda remains a strong force under the surface despite a vigorous and so far successful counter terrorist effort by the Saudis (with American help).

On Saudi Arabia concludes with some useful scenarios for what may be coming in the kingdom. There are several possible directions for the future. Absolute monarchies are not usually capable of reform. Like the Soviet Union, once change starts in a deeply ideological authoritarian state it is hard to control.  The downfall of the shah 35 years ago proved to be the defining crisis of the Carter administration.  Will the next president face a similar crisis across the Persian Gulf?  We have a good guide in On Saudi Arabia.

Bruce Riedel is a senior fellow at the Brookings Institution's Saban Center and a professor at Johns Hopkins School of Advanced International Studies. A specialist on the Middle East, he served in the CIA for 30 years.