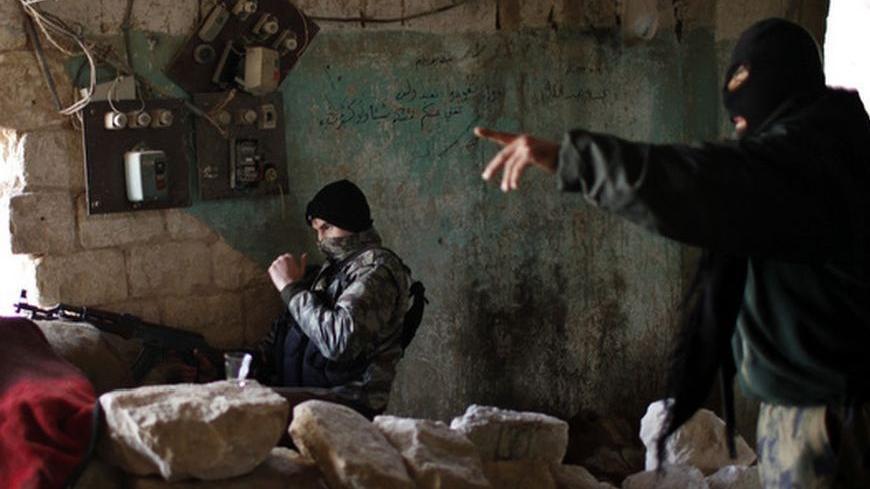 Senior Lebanese security officials have confirmed that there has been a noticeable increase in jihadist elements associated with al-Qaeda within Lebanon. This increase is naturally linked to armed elements in Syria and the stated and covert positions taken by some Lebanese political forces towards the conflict in Damascus. However, the same security apparatus has revealed in an exclusive interview that their investigations have determined that the most recent statement made by Jabhat al-Nusra was authored in north Lebanon. The email address responsible for posting the statement on the internet was traced to Tripoli, the capital of the North Governorate and close to the Syrian border.

Jabhat al-Nusra is the Syrian branch of al-Qaeda in Iraq. Washington recently classified it as a terrorist organization, triggering negative reactions among armed forces of the Syrian opposition. It is noteworthy that this discovery by the Lebanese security apparatus is the first indication of the possibility that the organization’s leadership is moving into northern Lebanon, after having had a lingering presence in the land of the cedars for many years.

The transformation of a few specific areas in north Lebanon into strongholds and secret hideouts for Islamic jihadists is nothing new. In 1993, with the conflict raging in Bosnia, an explosive device detonated at the World Council of Churches, which was being held at a Greek Orthodox monastery (the sect to which the majority of Serbian Christians subscribe) in the area of ​​Balamand near Tripoli in northern Lebanon. A number of those involved in the blast were arrested, and it was said that they confessed to being Islamic jihadists who carried out the bombing to exact vengeance for the massacre of Bosnian Muslims. That day the people of Lebanon learned for the first time of the existence of al-Qaeda jihadists in their country.

From that point on, one thing led to another. On the last day of 1999, an armed jihadist group attacked the central command of the Lebanese army in the northern region of al-Danniyah and also in eastern Tripoli. These attacks led to clashes with the Lebanese army which lasted for days. Once the smoke cleared, more than two dozen of those involved had been killed and dozens more arrested.

After less than two years, Ziad Jarrah emerged as one of the suspects in the September 11, 2001 attacks on the United States. He was from a village in the Bekaa region of Lebanon and was a close relative of a representative in Hariri's parliamentary bloc. It is worth noting that the issue of Ziad Jarrah has been kept completely silent in Lebanon by his relatives and associates, despite the passage of more than 11 years since the disaster.

Just a few months later, Lebanese security officers announced in early October 2002 the arrest of 20 people accused of being members of al-Qaeda in Lebanon, among them were Lebanese, Saudi Arabians, Yemenis, Jordanians, Palestinians, Turks and Syrians. A number of “bin Laden followers”, as they were known, became publicly recognizable, such as Saudi national Ihab Defaa, Jordanian national Saleh Mahmoud al-Jamal, Turkish national Mevlut Zikaar, and Yemeni national Muammar Abdallah al-Awama. In addition, others later became infamous for having been al-Qaeda officials, such as Ahmed Salim Mikati, and others with noms de guerre such as Ibn Shahid, Obeida al-Turki and Abu Omar, et al.

The jihadists were quick to respond to these arrests. In the months of April and May 2003, a spree of bombings targeted several Western and American restaurants in Lebanon. On September 21, 2004, Elias Murr, the Lebanese Interior Minister at the time, announced the arrest of two al-Qaeda networks, one headed by Ahmed Salim Mikati, and the other by Ismail Mohammed al-Khatib. They were charged with conspiring to carry out a wide range of bombings which targeted the Ukrainian consulate, the Italian embassy and a number of other security centers. Murr did not forget to note “the indisputable achievement of the security apparatus,” that what accomplished “in coordination with the brothers of the Syrian security apparatus.”

While some questioned the credibility of the news, Reuters revealed on the same day that Italy had foiled a major terrorist attack that had targeted its embassy in Beirut. Reuters quoted Defense Minister Antonio Martino as he praised the Italian military intelligence for “the brilliant operation carried out in Lebanon.” He then thanked the Lebanese and Syrian security forces for their assistance in thwarting the attack. However the suspects were later released, despite some of them having connections to the events of Dinniyeh, because of the amnesty law issued by the parliamentary majority of the Cedar Revolution on Jul. 20, 2005, and pushed through by Hariri's parliamentary bloc.

In addition, international investigations have uncovered the involvement of several Lebanese nationals in criminal cases outside of Lebanon, these include: Salim Hamada in Germany; Dr. Mazen al-Najjar and his brother-in-law Sami al-Arian in the U.S.; Mohamed Kamal al-Dahabi; Hussein Fares in Buenos Aires; and Dyab Abou Jahjah who was recently incarcerated in Belgium. Moreover, there has been more international news linking other Lebanese nationals to al-Qaeda, as well as a long string of arrests and prosecutions by Lebanese authorities.

However, having acknowledged this tally of al-Qaeda elements in Lebanon, senior Lebanese security officials have confirmed that they are monitoring the movements of all elements and that they will not hesitate to arrest them once they have the legal backing to do so. However, there is a growing disconnect between the rhetoric of the political authorities and that of the security/intelligence sectors of the region regarding the existence of al-Qaeda in their respective countries. Politicians insistently deny the existence of such elements and often claim that the news coverage of jihadists and al-Qaeda is sensationalist or even fabricated. They justify this position by claiming that the security apparatuses in their respective countries intentionally exaggerate the threat of jihadists so as to create a greater demand for security, and thus possibly even intervene in politics and attempt to reclaim what was lost during the Arab Spring.

In contrast, intelligence officials in those same countries stress the seriousness the domestic presence of jihadists and the need for regional and international cooperation in order to confront them. This is the stance of the Lebanese security apparatus. They explain that the politicians most likely overlook this risk so as to appear in control of their countries’ affairs, or out of fear military influence, or sometimes as a result of the ideological convergence between new rulers and the jihadists’ religious authorities... Who will the people believe: the politicians or the intelligence apparatuses? This seems to be a conundrum from which the jihadists will be the sole beneficiaries.