Amid regional chaos, some fear that al-Qaeda may have spread to Lebanon in the form of sleeper cells. 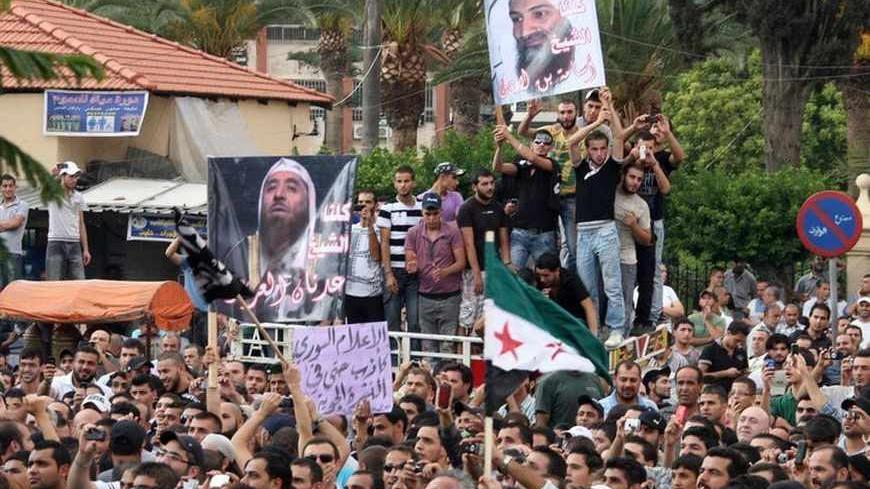 Until recently, Lebanese security agencies, as well as a large swath of political powers, had insisted on denying the existence of an al-Qaeda presence in the country.Those espousing this position can no longer skirt the truth, however, following the recent discovery of sleeper jihadist cells in Lebanon.

The naysayers had built their erroneous stance on the premise that Lebanon’s geographical and demographic peculiarities did not fit al-Qaeda’s adopted operational agenda. It was assumed that al-Qaeda required vast geographical areas, similar to those in Iraq, Afghanistan and Syria, that would permit its members to hide prior to and after conducting a strike. Furthermore, the network would need a social environment of a particular sectarian flavor offering popular refuge to its cells. In Lebanon, most areas are a hodgepodge of various religious and sectarian affiliations.

Based on these assumptions, Lebanese security agencies thought that, at best, al-Qaeda would be limited to using Lebanon as a support area — for instance, a site for safe havens for operatives' temporary use during their travels from one country to another — not as an arena for jihad itself. This theory no longer has many advocates, even within Lebanese security circles, following repeated security incidents and the discovery of jihadist Takfiri cells in mid-2011, in more than one region, preparing to lead terrorist strikes inside the country.

The operations and who's who

According to information obtained by Al-Monitor from well-informed security sources, the activities of the Salafist Takfiri network consists of three categories of operations in Lebanon.

First — Factions whose existence is known to Lebanese security agencies but are holed up in areas off-limits to the Lebanese state because of international and regional factors. These areas include Palestinian refugee camps, in particular Ain al-Hilweh, where these factions have a quasi-open existence, especially in the Taamir neighborhood. Population movements during the last four decades have transformed the neighborhood into a commonly shared area between the Palestinian camp and its Lebanese environs, thus making it in practical terms part of the camp although it remains administratively separate.

In the past years, several Palestinian Takfiri factions — such as Jund al-Sham, Fatah al-Islam, the Abdullah Azzam Brigades, Ziad al-Jarrah Battalions and other factions of lesser significance — have taken up residence in Taamir. They have since ceased to be known by their individual organizational names, as their infrastructures began eroding as a result of the security, military and political developments stemming from the Syria crisis. They have instead collectively adopted the nomenclature “the five factions,” each of which is led and represented by its own emir:

Based on information obtained by Al-Monitor, these factions comprise between 200 and 300 members, most of them Palestinians and Arabs from the Gulf states, Egypt and Morocco.

In late June, the five factions had tried to come to the assistance of the group led by the Salafist Sheikh Ahmed al-Assir during their battle against the Lebanese Army in Sidon, adjacent to Ain al-Hilweh, during which Assir lost his strongholds in the city. The army targeted the the factions with artillery shots as a warning and informed them that the army would storm their area if they attempted to aid Assir militarily.

Mediation efforts by Palestinian factions resulted in an undeclared compromise between the five factions and the army, according to which a joint Fatah-Hamas force would deploy to Taamir to keep the factions under control and prevent them from carrying out security operations outside of their areas of influence. Implementation of the agreement continues to be the subject of Lebanese-Palestinian negotiations.

Second — Takfiri groups considered to be extensions of military Salafist factions operating in Syria. These are mostly located in Tripoli, Akkar, Wadi Khaled and Arsal, in northern Lebanon. The following are the most prominent and dangerous among them.

The Wadi Khaled faction is led by Bilal Abdul Jabbar al-Hassian, a former inmate at Roumieh Prison accused of belonging to Fatah al-Islam. Hassian was recruited by the Libyan Salafist nicknamed “al-Bashti,” who has ties to al-Qaeda. Hassian was active in the areas between Lebanon’s Wadi Khaled and Tal Kalakh and Qusair in Syria prior to the Syrian regime seizing control of these cities. He coordinates his activities with Salafist military groups operating in the Homs’ countryside in Syria. His faction’s activities include running guns and militants to the Syrian opposition via smuggling routes that originate in Wadi Khaled.

A Lebanese security source revealed information to Al-Monitor about military Salafist groups in Lebanon preparing to form a branch of Jabhat al-Nusra when instructions to that effect reach them from al-Qaeda’s international command. The most important of these factions are the one located in the Akkar region led by a Lebanese man nicknamed “Abu Tha’er” and others capable of mobilizing around 200 fighters. The most prominent of these factions’ Syrian emirs are Farid Sameh, Ahmad al-Assaad, Hassan Ismail al-Rich and Mohammad al-Abrash as well as the Jordanian Ismail Khalil. They are all wanted in Syria. Their immediate task is to transport weapons inside Syria on behalf of Jabhat al-Nusra and to prepare to take control of Lebanese border posts with Syria in al-Qubeiha, al-Arida, and al-Aboudia when the opportune time arises.

Hussam Abdullah al-Sabbagh’s group is thought to be the most important of the military Salafist factions operating in Tripoli, the capital of northern Lebanon, and having a cooperative relationship with Syrian Salafist opposition groups. Prior to arriving in Lebanon, Sabbagh had lived in Australia, where he is a citizen. He is nicknamed “Abu al-Hassan” and leads a group of 300 jihadists, among them Syrians, Arabs, Africans, Chechens and other foreigners.

Abu al-Hassan's group includes activists who have garnered quite a reputation in their home city of Tripoli for their role in episodes of violence in June and July between inhabitants of Jabal Mohsen, one of the city’s predominantly Alawite neighborhoods, and another part of the city. Among these activists are Bassem Said al-Dawi, Shadi al-Mawlawi and Kamal al-Boustani, the last of whom now leads his own group and is known to have ties with al-Qaeda. Moreover, Mawlawi had been arrested in May 2012 by the Lebanese General Security Directorate on charges of belonging to al-Qaeda, but political intervention led to his release.

Tripoli is also home to other less important factions, most prominent among them being the one led by the Sunni Salafist Sheikh Hajj, who has close ties with Saudi Wahhabid and other Salafists in Syria. Hajj lives in the Qubbah area of Tripoli and is known for being extremist in his views and possessing significant financial resources. He accuses the Lebanese Army of being an army of apostates, because its commander is Christian, and he attacks the Shiites because they have, in his eyes, abandoned true Islam and allied themselves with “infidel Iran” against the Sunni Arab nation. He calls for the support of the Syrian revolution with people, money and weapons. His group numbers around 50 members, and his supporters are increasing by the day.

Most notable among the factions hailing from the Lebanese northern border town of Arsal is the one led by the extremist Salafist Hassan Dergham, a Lebanese citizen who espouses the doctrine of Sheikh Mustafa al-Hujeiri, a local Salafist. His faction’s 300 militants are spread along the porous, mountainous border region between Syria and Lebanon and stand side by side with fighters from Jabhat al-Nusra. Another faction operating close to the Syrian border comes from the town of al-Qaa. Despite being situated in Lebanon, the group is led by a Syrian called Mohammed Khaled Hijazi, another indication of how all the Arsal factions have adopted a unified Syrian-Lebanese agenda. Among this faction’s most prominent activists is the Syrian Khalid Mohammed al-Turk, who is wanted in Syria, and the Lebanese Faisal Abdullah, who is also wanted.

Third —  Salafist Takfiri armed groups in Lebanon characterized as sleeper cells. Their identities are not precisely known, but their activities have begun as evidenced by the June 9 bombing in Bir el-Abed, a Beirut southern suburb, and a few launchings of rockets in May. The first week in August, a house was discovered in the Lebanese town of Daraya, in Kharroub province, that was being used to store and prepare explosive charges in Lebanon against a multitude of targets.

Despite Lebanese security agencies closely following the movements of sleeper cells inside the country, information about them remains scarce, as was revealed to Al-Monitor by an official security source who requested anonymity. This source offered, “The most dangerous aspect of these cells is that their members engage in misdirection operations aimed at drawing the attention of security agencies away from them. For example, members of these cells might frequent nightclubs and wear Western clothes that do not give away the possibility of them espousing extremist religious beliefs.”

In short, Lebanon is living in fear that Takfiri terrorism might have infiltrated its society in the form of sleeper cells augmented by other openly known factions. As a result, security agencies are currently in an undeclared state of alert in Lebanon, tasked with suppressing what seems to be a great terrorist wave heading its way in the not too distant future.

Editors Note: A previous version of this article provided an erroneous identification of a name mentioned in the text. It has been amended to reflect his true identity.