Yuval Diskin launched a stunning broadside attack on Israeli Prime Minister Benjamin Netanyahu and Defense Minister Ehud Barak Friday, saying he doesn’t trust their “messianic” leadership. He accused them of promoting a war on Iran that could accelerate, rather than set back, Iran’s acquisition of a nuclear weapon. 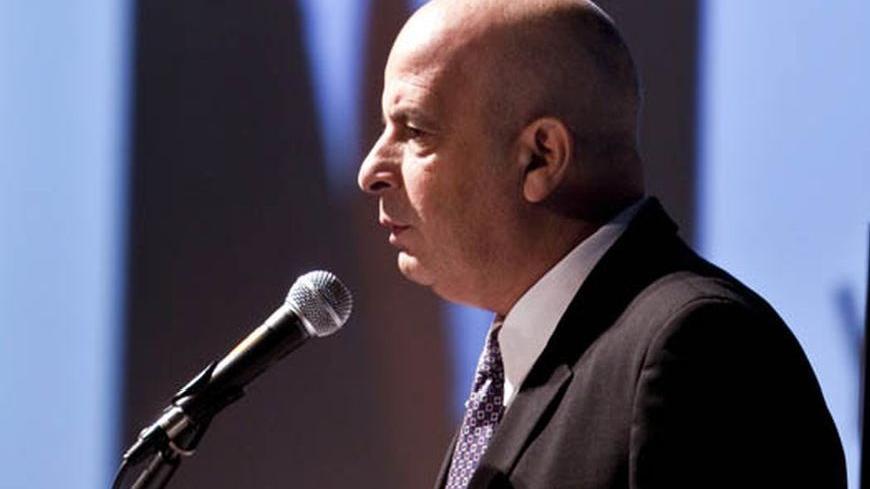 Israel’s recently retired former intelligence chief launched a stunning broadside attack on Israeli Prime Minister Benjamin Netanyahu and Defense Minister Ehud Barak Friday, saying he doesn’t trust their “messianic” leadership and accusing them of promoting a war on Iran that could accelerate, rather than set back, Iran’s acquisition of a nuclear weapon.

“The Israeli public is being spun on Iran, what worries me is that, we are creating a sense that if Israel doesn't act then Iran will get a nuclear bomb,” former Shin Bet chief Yuval Diskin said at the “Majdi Forum” in the central Israeli town of Kfar Saba Friday, according to a translation.

“I can tell you … that many experts for many years have said that one of the results of an Israeli attack on Iran can be a dramatic acceleration of [the] Iran nuclear program; i.e. what Iran prefers today to do slowly and quietly, they would then have the legitimacy to do quickly and in a much shorter timeframe,” said Diskin, who stepped down last May as head of Israel’s Shin Bet service, which he headed from 2005-2011.

“My main problem on this issue is that I don't have trust in the current leadership of the state of Israel—that could lead Israel into something of the order of magnitude of a war with Iran or a regional war,” he continued. “I don't believe in the Prime Minister and the Minister of Defense—I don't believe in people who take decisions based on messianic sentiments.”

Diskin also blasted the Israeli leadership for the stalemated Israeli-Palestinian peace process: “I was there up to a year ago and I know from up-close what is happening,” he said, according to Haaretz. “This government is not interested in solving anything with the Palestinians, and I say this certainly…This prime minister knows that if he makes the slightest move forward, then his well-established rule and his coalition will fall apart."

The former Shin Bet chief’s critique of the Netanyahu government over the Palestinian issue “is even more significant than his declarations over the Iranian issue,” Haaretz assessed. “The reason for this is that the Shin Bet is the body responsible for the Palestinian issue on both the political and security-related levels, whereas the issue of a nuclear Iran falls under the Mossad’s area of expertise as well as that of Israel Defense Forces' intelligence unit”

Israeli analysts said Diskin’s scathing critique of Netanyahu is unusual even given the suggestion of personal resentments. “The former [security] chiefs lead the opposition,” Haaretz editor-in-chief Aluf Benn told me. Netanyahu “will argue that it's because he refused to give Diskin the Mossad. [But] it’s very damaging to Bibi."

Diskin’s comments come in the wake of top Israeli uniformed military officer Israeli Army Chief of Staff Lt. Gen. Benny Gantz telling Haaretz, this past week, in an interview that he does not believe Iran has yet decided whether to make a nuclear bomb.

Former Mossad Chief Meir Dagan has repeatedly gone public since his retirement in early 2011 with his view that an Israeli strike on Iran would be a disaster.

More recently, Israeli deputy prime minister and minister of intelligence Dan Meridor—a member of Netanyahu’s Likud party—has also voiced opposition to an Israeli strike on Iran, expressing cautious support for the effectiveness of international-led economic sanctions and pressure on Iran to curb its nuclear program. “I don't think Israel should use the military option,” Meridor told Metro International in London April 16. "I don't agree with some of my colleagues who support a military strike. An attack on Iran wouldn't add anything to our security.”

The flurry of public comments come as Netanyahu and Barak have expressed skepticism about recently re-launched international nuclear negotiations with Iran, which got underway in Istanbul earlier this month and will continue in Baghdad at the end of May. Netanyahu would need support from the majority of his cabinet to order an Israeli strike on Iran.