Iran’s hard-line leaders may be ready to deal with the US, but that does not mean Tehran will compromise on all of Washington’s demands. A former political adviser to President Mahmoud Ahmadinejad told Al-Monitor: “We’ve learned from experience the best approach with the Americans is to hold our ground.” 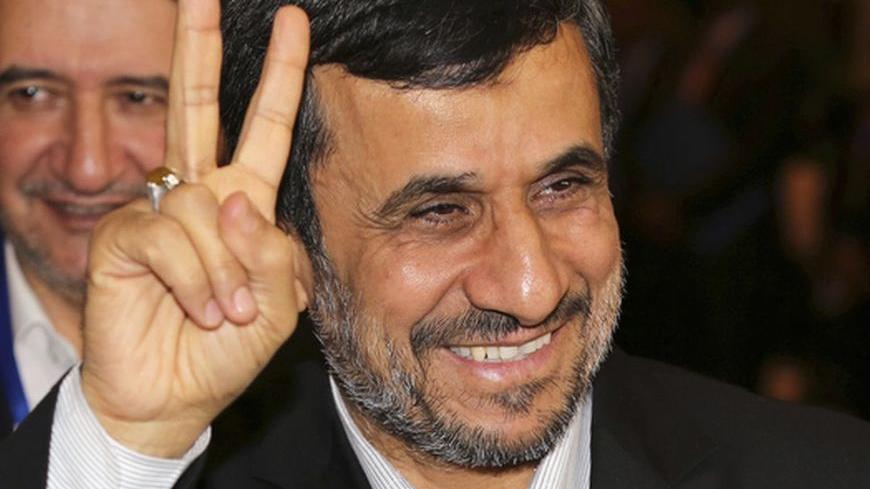 Iran’s hard-line leaders may be ready to deal with the US, but that does not mean Tehran will compromise on all of Washington’s demands.

A former political adviser to President Mahmoud Ahmadinejad, Mohammad Fatollahi, told Al-Monitor: “We’ve learned from experience the best approach with the Americans is to hold our ground.”

Despite his highly controversial reputation in the West, Ahmadinejad is known in Iran as the most pro-active Iranian leader to reach out to the US since the Iranian revolution in 1979. In fact, he openly argues there is nothing in the way of talks and that they are bound to happen. His ability to advocate for relations with the US is more remarkable given that the subject is a “taboo” in Iran, a country which shaped its foreign policy by disregarding rather than accommodating the US.

Ahmadinejad is immune from his anti-US critics because he embodies the revolution’s ambivalence toward Washington. On one hand, he has hoped that President Barack Obama’s promise of “change” would translate into a constructive policy of engagement with Iran. On other hand, his outreach to America has been foiled by questioning the Holocaust and insisting at all costs on Iran’s controversial nuclear program. His statements are viewed with apprehension in the United States, but to the Iranian president they aim to assert Iran’s voice as an equal partner in future talks.

Not everyone in Iran approves of Ahmadinejad’s methods. Ultra hard-line factions say he is too lenient to the US and demeans Iran by inviting the US to accept it as an equal partner. The conservative faction of former pragmatic president Hashemi Rafsanjani blasts Ahmadinejad’s tactlessness, arguing for a diplomatic approach with Washington which involves granting incentives. The reformist faction of former President Mohammad Khatami says Iran should abandon its hard-line stance to end hostilities with the US.

Hard-liners will have the upper hand in Iranian politics for the foreseeable future because they can count on their ability to unite Iran in the face of Washington’s potential threats to the regime in Tehran. But the faction is looking forward to Ahmadinejad’s replacement in the June 2013 presidential race to pursue a foreign policy that is more tactful and diplomatic. The next Iranian president will be experienced to navigate the complex US-Iranian relationship. It will also have to be a figure who can work with Iran’s supreme leader Ali Khamenei or his future successor. The leader is the commander in chief of Iran’s military, a body of revolutionary zealots whose loyalty is required to end the impasse in the Iranian-US ties.

Iran’s next president needs the support of fellow hard-liners to push for talks with Washington. A host of potential figures are competing for the post with a proven track record as team players. These are former Foreign Minister Ali Akbar Velayati; Tehran Mayor Mohammad Qalibaf; current Foreign Minister Ali Akbar Salehi; and former House Speaker Gholam Ali Haddad Adel. The influential Larijani brothers who hold key positions as heads of Iran’s legislative and judicial branches will likely serve as power brokers to ensure the hard-line faction’s unity, despite speculations that at least one might run as president.

Haddad Adel’s chance of election is highest should Iran’s leaders decide that getting Washington to negotiate on equal terms may require more time. Adel represents an isolationist worldview which is more ambivalent towards the US. Even so, speculations run high that a popular figure such as Mayor Qalibaf may serve as vice-president if Adel were elected to help lead Iran’s foreign policy with the United States.

Hard-liners are busy assessing Washington’s intent towards Iran. Days before the US elections, Javad Larijani, a foreign policy spokesperson close to the supreme leader, dismissed the idea that negotiating with America was a “taboo.” Larijani insisted Iran would negotiate with the United States even in inferno if its interests required. Foreign Ministry spokesman Ramin Mehmanparast said the “wall of distrust” between Tehran and Washington could be broken through respect.

Former deputy head of the Atomic Energy Organization Sadegh Rabani suggested Tehran’s recent choice to use the vast part of its 20 percent enriched uranium for peaceful medicinal purposes was designed to ease concerns in Washington about the potential military dimensions of the higher enriched fuel. And there were recent revelations about possible back-channel talks between Iran and the United States through the good offices of Velayati. These talks serve to prolong the hope that Iran and the United States will someday talk.

Navigating the maze of Iranian politics is complicated, but a pattern seems to be clear.  Whatever the difference on tactics, Iran, including the hard-liners, who are in the ascendancy, are ready to deal with the United States.

Banafsheh Keynoush is an independent scholar and private-sector consultant.