Jean Aziz examines the effect that the newly discovered gas reserves on the maritime border between Lebanon and Israel might have on regional peace. 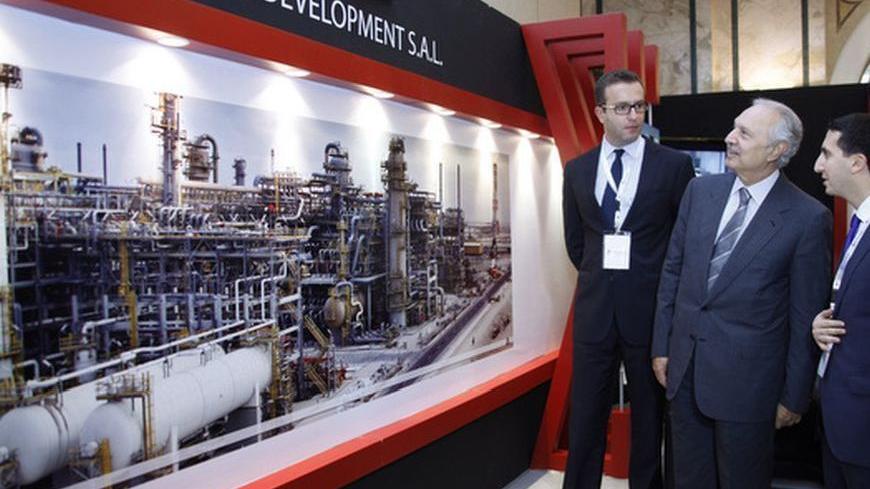 The conflict between Israel and Lebanon could be the longest-running conflict in the region when considering the peaceful, albeit partial, resolutions of Camp David with Egypt, the Wadi Araba Treaty with Jordan, the Oslo Accords with the Palestinians, and even the 1974 cease-fire agreement with Syria over the Golan Heights. Only the Lebanese-Israeli front has remained active since 1948. Every known mechanism and approach to international conflicts has been tried on this front: direct war between the two countries as happened in 1948; attempts at a truce in 1949; wars fought on Lebanese land between Israel and a third party, such as against the Palestinians in 1978 and 1982, or Hezbollah in 1993, 1996 and 2006; negotiations of the Madrid Process in 1991 to try to reach an “international understanding” for regulating the war, as happened in April 1996; and lastly, coming to an international status somewhere between truce and war with Security Council Resolution 1701, adopted after the July 2006 War, which saw military operations halt without a ceasefire even being announced.

The conflict has dragged on for more than 60 years, and every possible approach has been attempted. Today, though, there seems to be a new means to resolve the conflict and it is called “the gas at the bottom of the sea!”

It is no coincidence that last Thursday, Dec. 27, the Lebanese government announced its decision to commence with the first step to launch an international tender for oil exploration on Feb. 1, 2013. This comes a few days after Al-Monitor's Laura Rozen revealed the discussions conducted by the Aspen Institute, an American think-tank, on gas in Lebanon last November. The link between these two topics, as between the two countries, is the presence of preliminary indications that a portion of the gas deposits on the eastern basin of the Mediterranean Sea is located in the border region between Lebanon and Israel. This region lacks clearly defined international borders, which has been the cause of several political, diplomatic, and even military confrontations.

With this in mind, an American diplomatic mission was dispatched to Lebanon, the only one sent from Washington to Beirut in recent years. After the conflict of July 2006, Lebanon became preoccupied with settling various scores with Syria, Saudi Arabia and Iran. This led the US administration to reduce the amount of attention it was giving Lebanese affairs, as compared to the days of 2003-2005, when the “Syria Accountability and Lebanese Sovereignty Restoration Act,” was approved by the US Congress, and Security Council Resolution 1559 — which stipulated the removal of Syrian troops from Lebanon — was pushed through by the US. As Washington’s interest in Beirut waned, one issue remained on the Americans’ agenda: the maritime border between Lebanon and Israel.

Over the past five years, US diplomatic visits to Lebanon seemed pro forma and without serious substance; only the visits of Frederick Hof had a specifically designed purpose. Despite being officially tasked with monitoring the transitional phase with Syria, his frequent visits to Lebanon were only ever concerned with the Lebanese maritime economic zone and resolving the competing claims both Lebanon and Israel were laying over it. His visits mainly focused on the triangular region between the two aforementioned countries and their joint neighbor Cyprus. Nicosia had reached a preliminary agreement with Beirut to demarcate their common border in 2007, however the Turkish-Cypriot dispute led Ankara to obstruct the Cypriot gas line. Strong political and personal ties between Erdogan and his Lebanese counterparts, namely Fouad Siniora and Saad Hariri, in turn caused the Lebanese authorities to vote down the maritime border agreement with Cyprus.

It was assumed that Erdogan had asked that of his Lebanese friends, and they delivered, which stirred up serious trouble for Lebanon. Cyprus, in response to Lebanon’s foot-dragging, went to Tel Aviv and determined the demarcation of their shared borders. Because this agreement was made in Lebanon’s absence, Beirut later announced that the triangular region demarcated in the Cypriot-Israeli agreement violated about 800 sq km of Lebanese maritime economic territory, which is estimated to be around at 22,000 sq km in total.

Some in Lebanon, Hezbollah most prominent among them, threatened to attack any attempt at carrying out the Israeli-Cypriot agreement, dubbing it an Israeli violation of Lebanese sovereignty. Talk about the difficulties facing the Israeli gas industry was circulating in Israeli and Western circles, which included prospecting failures and setbacks with marketing and shipping. Even Gebran Bassil, Lebanon’s energy minister, said that the seven major international oil companies had declared interest in Lebanon’s maritime gas, while only two of them expressed interest in Israel’s share.

Here Hof’s mission took on a new dimension. He launched a US initiative to mediate the disputed maritime area in the southern seas of Lebanon down from 800 sq km to about 300 sq km. He shuttled back and forth between Beirut and Tel Aviv, and it is said that in the Lebanese capital he was able to convince Nabih Berri, speaker of the Parliament and a close ally of Hezbollah, to agree to this measure. It is also said that new official military maps were laid by Lebanese officials, and transmitted to the Lebanese government, and were done in accordance with the Hof initiative. This opened the door to the supposition that there is more than one dimension to this diplomatic mission and that it compelled Hof to continue to pursue the issue even after having resigned from his official mission of overseeing the Syrian transition. The foremost dimensions of his mission in Lebanon are directly concerned with the economics of its gas and oil. But behind the oil and gas there is a political dimension as well, that being, convincing the Lebanese that normalization of the situation on their southern borders is imperative in order for them to realize profits from their investments in their marine wealth. Moreover, this offshore deposit could contribute to wiping out the growing debt crisis, which exceeds $55 billion, which is more than 170% of GDP.

By way of this military and security normalization, Lebanese politics may enter a phase some compare to the phase Austria experienced at the beginning of the Cold War, in that normalization would develop into an international need for Lebanon to become neutral on the foreign front, and that Lebanon be convinced of the usefulness of such neutrality on the domestic front. However, considering that regional Lebanese forces would obstruct any move toward neutrality, these forces will be pushed into a tacit acceptance of the international endeavor to establish neutrality; thus neutrality will likely not be established from within, as was done in Switzerland, but from without, like Austria. It is also unlikely that this new international development will have any impact on the domestic political landscape in Lebanon. It is hoped that this neutrality will open new horizons for Lebanon, and coupled with developments in Gaza, Syria and elsewhere, it may contribute to a new settlement of the Middle East conflict. This would be done using unprecedented means. Not war, not negotiations, not even traditional diplomacy, but only liquid gas could liquefy the intractable conflicts, and at the same time provide financial liquidity.

Two interesting questions lay before us. First, it is said that the Lebanese-Israeli conflict continued for decades because of the dispute over the vital water wells underneath the border between the two countries. So will the conflict head toward the beginnings of a solution or more skirmishes as a result of the discovery of another liquid under the sea between them? As for the second question, before Lebanon’s successive wars, which began in 1975, it was called the Switzerland of the East; after the gas is extracted, will it become the Austria of the East?