The new Egyptian constitution has loopholes and disputed articles, and still has the potential of leading the Egyptian people towards a just and better future, writes Jacky Hugi. 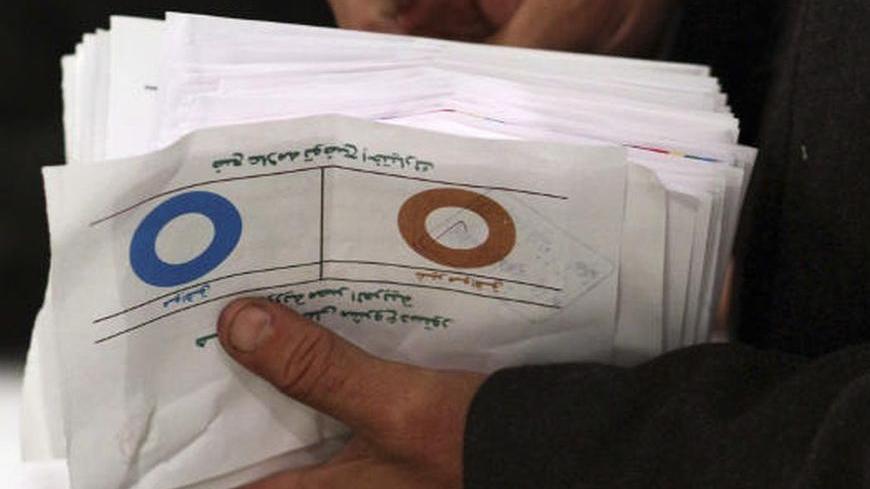 History is being made these days on the banks of the Nile. For the first time ever, the Egyptian public is being asked to decide whether they want to accept a Bill of Rights concocted for it by its rulers. The draft Constitution submitted to the people is certainly not a document worth dying for, no matter how you read it. Yet still, it had a difficult birth. At least ten young Egyptians sacrificed their lives in bloody, nationwide riots over the Constitution and the political maneuvering that accompanied it from its inception.  For the first time in the post-Mubarak era, the Muslim Brotherhood has been subjected to the wrath of the streets.

It would be fair to assume that deep in their hearts, the extremist Salafis are ridiculing the Muslim Brotherhood for this dubious achievement. According to Salafi beliefs, “al-Hakm le-Illah” (“The Law is reserved for God alone”). Anything that is not the Word of God is considered null and void. To them, that detestable Western innovation known as a constitution is not a legitimate source of authority, nor is a legislature elected by the public. But along comes President Mohammed Morsi, a member of the Muslim Brotherhood, and commits two venal sins. Not only does he adopt a collection of laws created by mere mortals. He even attempts to derive his legitimacy from the public.

The proposed draft has much that the Egyptians have been yearning for over decades. In the Age of the Three Presidents—Gamal Abdel Nasser, Anwar Sadat, and Hosni Mubarak—any demand to enshrine even some of its articles in law would have resulted in the person making that demand facing interrogation in the dungeons of the Mukhabarat (Egypt’s General Intelligence Service). Article 226, for instance, limits the President’s term to four years, and determines that he can only be elected twice. Article 151 allows for the President to face criminal proceedings. While a parliamentary two-thirds majority is needed to initiate such an indictment, it is now crystal clear that even the Rais (President) is not above the law. Article 48 prohibits censorship of the media except in times of war. Several of the articles ensure freedom of thought, of opinion, and of creativity. Article 3 guarantees freedom of worship for Christians and Jews. A collection of social articles prohibits the state from nationalizing private property arbitrarily, from exploiting the citizenry, or from engaging in the trade of people. Article 33 determines that citizens are equal before the Law and that no discriminatory preferences can be imposed upon them.

In several of the articles, the authors of the new Constitution laid the basis for a welfare state. They determine that those of limited means, the weak, and the elderly will be eligible for financial support from the state. Article 14 calls for legislating a minimum wage, “which will ensure that every citizen can live a life of dignity.” The employment of children in labor deemed inappropriate to their age is henceforth forbidden (Article 70).

True, opponents of the Constitution argue that the current draft is full of loopholes. It might even seem as though there were as many reservations as there are articles in it. Perhaps there are even more. The main debate revolves around Articles 2 and 219, which complement each other. The first determines that “The principles of Sharia (Islamic law) are the main source of legislation.” This particular formula was a compromise, intended to impede any attempt to establish a religious state. Originally, the fundamentalist camp endeavored to have the Constitution declare that Sharia itself, and not its “principles,” is the source of legislation. They tried to avoid the ambiguous language that was eventually adopted. But then comes Article 219 to define what those principles are. It eliminates any of the opacity found in the earlier Article and implicitly determines that Islamic law itself is the source of legislation.  According to this Article, the principles of Sharia include, “general evidence, foundational rules, rules of jurisprudence, and credible sources as considered by the various Sunni schools.”

The fact that Article 219 appears at the far end of the draft, rather than being placed adjacent to Article 2, is seen by these opponents as a manipulative attempt to obfuscate it.  Instead, the authors of the Constitution determined in Article 4 that Al-Azhar University, the country’s most important institution for religious research and jurisprudence, is an independent Islamic entity and that the opinions of its scholars should be taken into consideration when ruling on religious issues. Opponents of the Constitution worry that this is an attempt to enshrine the supremacy of that institution over the judicial authorities. Others have wondered why the document failed to delineate the status of the Coptic Church at the same time.

Nor are these all the reservations. The draft ignores the demand by liberal members of the Constituent Assembly that wrote the Constitution to set a minimum age for marriage. This, they fear, was an attempt by conservatives to preserve the tradition of child marriages. Nor is there any article that establishes full and equal rights between men and women. Furthermore, those articles pertaining to the press contain to explicit ban against shutting down newspapers and other forms of media.

These loopholes have resulted in serious misgivings. The concern among liberal circles is that they grant the Muslim Brotherhood and the Salafis the approbation to seize control of the centers of power in Cairo when the time is ripe and, if they so desire, to impose a religious regime. Over the past few years, in fact, the political discourse in Egypt has given rise to new verbs that express this concern. For example, liberals are concerned about ahwana, or the imposition of the rule of the Ihwan, i.e., the Muslim Brotherhood. And they are no less apprehensive about aslama, or the enforcement of the spirit of Islam on the country’s political life. What they seem to forget is that the moment that anyone commits any such radical, far-reaching act that tramples on the rights of the other and his vision, the written document itself will be of absolutely no value.

But this draft is in no way a collection of religious rulings disguised as a Citizens’ Bill of Rights. It is a document of considerable moral and political significance for Egypt and all of her sister states in the Arab world. It grants a full-fledged bill of divorce from the state of emergency, which provided the security forces and judicial system alike the freedom to do whatever they desired to the body, property, and rights of the individual. It ends the corrupt, centuries-old tradition of rulers remaining in power until the end of their lives. It bids farewell to the subject and announces the birth of the citizen.

In the end, the Constitution’s great test will be in its practical implementation. Its social and political character will be shaped, not by its 234 articles per se, but by the content imbued in them. Who, for example, will arrest men who abuse their wives? Who will prevent a child from working for starvation wages for an exploitative employer, when the child’s father is desperate for the money to support his family? How will public funds ensure that tens of millions of needy people receive a minimum wage, despite the soaring poverty rates?

The Constitution lacks the power to reduce such norms as bribery and the extortion of citizens at any time in the near future, and a significant segment of the bureaucracy lives off this corruption. It does, however, lay the initial groundwork for the creation of a civilized state, subject to the rule of law. It is doubtful whether the document’s authors could have done this any differently. Egypt is very much like a wagon stuck in the mire of tyranny. It is being extracted in these very days, but only with the gnashing of teeth. Even the slightest shift, even the faintest imbalance, could find it stuck back in the mud. Meanwhile, everyone—Arabs and Westerners alike—is watching what Egypt does, since it inevitably bears the burden for a long list of Arab states who will follow in its path and adopt the model Egypt chooses for itself. Under such circumstances, there is no better path than to create a constitution that consists entirely of checks and balances—a constitution that finds the middle ground between the most fundamental aspirations of the citizen, every citizen, and the dangers that lurk ahead.

The 2012 Constitution is not some decree that imposes an overbearing burden on the Egyptian public. It is a document with the potential to lead 80 million people to the next stage on the long road to freedom.