Is Erdogan Aiming to Be A Latter-Day Sultan? 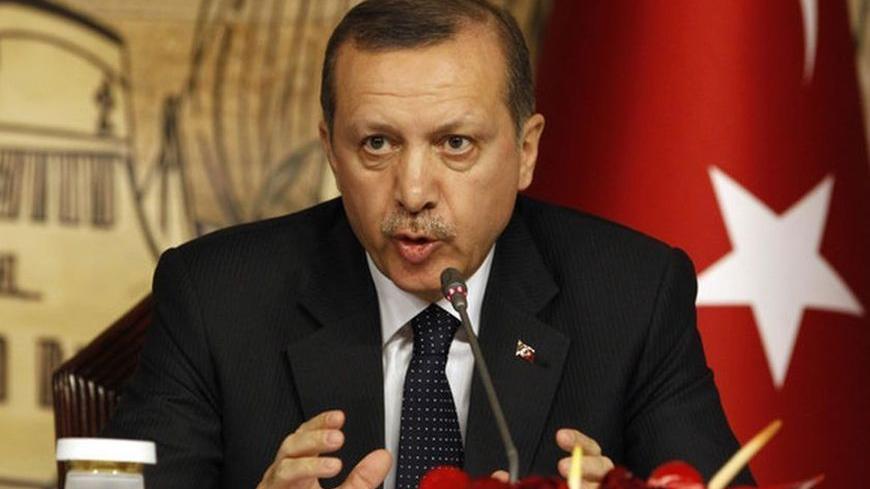 Prime Minister Recep Tayyip Erdogan is facing a dilemma. He can’t run in the 2015 general elections. The charter of his Justice and Development Party (AKP) does not allow it. Otherwise there is a chance he could win an unprecedented fourth term.

But Erdogan is a man with a mission. His self-declared dream is to make Turkey one of the 10 largest economies, and turn it into a key international player by 2023. Meanwhile, Erdogan also talks of wanting to introduce “advanced democracy” to Turkey.

His authoritarian tendencies and lack of tolerance for any criticism, especially from a free press, however, appear to belie this claim. Erdogan’s secular opponents fear his real aim is driven by a vision of a moral society based on Islamic principles. He has also stoked these fears himself.

In February 2012, he expressed a desire to see a Turkish youth that is religious in outlook. Within months the AKP government changed the education system and, in addition to already compulsory religious education, introduced optional lessons on the life of the Prophet Muhammad, and the Holy Koran.

Given peer pressure, especially in close-knit rural Turkey, these lessons can in fact be considered compulsory since it is unlikely any parent in a small community will want to exempt their children and isolate them from the crowd. Thus the AKP, taking its cue from Erdogan, took a large step toward ensuring the emergence of a religious youth in Turkey.

There are other examples, but this development in education provides a concrete case of what many in Turkey consider to be Erdogan’s religion-based political mission. However, from Erdogan’s perspective, his mission, whatever he believes it to be, is far from complete yet.

Seeing as he can not run in the 2015 general elections to finalize it, only one option remains for him: to run for the presidency in August 2014 when the president will for the first time be elected by popular vote, according to a 2007 amendment, and not by Parliament as was previously the case.

That amendment, however, did not change the role and functions of the president, who today as the head of state has some powers, but whose main duties are largely ceremonial. That clearly is not good enough for Erdogan. This is why the AKP is working hard to lay the groundwork for an executive presidency, and has submitted a proposal to this end to the relevant parliamentary commission trying to draft a new constitution.

What is being proposed, albeit in the face of stiff resistance from the opposition, is essentially a president who will take on the executive functions of a prime minister in a parliamentary democracy, and not be encumbered by a system of checks and balances.

Senior AKP officials argue that a government under such a system will be able to get the job done free of the debilitation political bickering one sees in a parliamentary system.

Under the AKP proposal the president will have the power to dissolve parliament, rule by decree and appoint government ministers, senior bureaucrats and jurists without parliamentary approval. The president, who will have guiding powers on critical domestic and foreign policy issues, will also have the power to return draft laws to the legislature, and to call for a referenda or new general elections at will.

Under the AKP proposal the purse strings will also be in the hands of the president, otherwise there would be no logic to the kind of presidency Erdogan is seeking. The AKP proposal does foresee something of an impeachment procedure for the president based on a qualified majority in parliament. But how this will work and whether it will cover all acts of the president, or merely those considered to be “treasonous” remains an open question.

All of this is a far cry from the American presidential system with its checks and balances that limit the power of the president. At any rate Erdogan himself believes the American system is not suitable for Turkey.

“The US president cannot appoint an ambassador, he cannot even solely decide on the sale of a helicopter … That’s why we should create a Turkish-style presidential system,” he was quoted revealingly by the press recently, after talking to a group of journalists while returning from a visit to Spain.

Much to Erdogan’s chagrin, however, one of his principle critics on the issue is Prof. Ergun Ozbudun, a leading constitutional expert who, ironically, once headed the group of academics preparing the AKP’s draft for a new constitution.

“Whenever someone refers to ‘a Turkish-style’ something, I feel discomfort because the chances are that what is desired has nothing to do with any known system, is far from subscribing to universal standards, and is likely to be an oddity that is specific to us,” Ozbudun said in a recent interview with daily Milliyet.

The debate concerning an executive presidency for Turkey is not new, of course, and goes back to the days of Turgut Ozal, and Suleyman Demirel, who were both elected president by parliament after having served as prime minister a number of times. But it has not come to fruition to date due to a lack of support.

There are also indications that there may be serious obstacles in front of Erdogan, preventing him realizing his dream. Abdullah Gül, who hails from the same Islamist roots as Erdogan, is said by those close to him to be cool to the idea of an executive presidency, believing that Turkey should work instead to overcome the shortcomings of its present parliamentary system.

A recent poll also indicated that should Gül also run for President in 2014, he has a very good chance of winning against Erdogan. Gül has not said he will run, but neither has he said he won’t. The possibility that he might clearly represents a nightmare scenario for Erdogan given his plans for his own future.

There is still over a year and a half to go until August 2014 and that is a long time for any politician, Turkish or otherwise, given the unpredictability of political events. Clearly if Erdogan has his way he will become something of a latter-day Sultan, albeit an elected one.

But there is no guarantee that he will have his way, which must be causing him sleeplessness some nights. Meanwhile, the debate on an executive presidency will continue to rage in the coming months marked with much bitterness and acrimony, if the current debate is anything to go by.