Eight Reasons Why Waltz Theory On Nuclear Iran Is Wrong

A recent article in Foreign Affairs by Kenneth Waltz made the provocative claim that Iran should possess nuclear weapons — for the sake of global stability. Hossein Mousavian and Kaveh Afrasiabi strongly disagree. They argue that Waltz's argument relies on erroneous assumptions about Iran that generate "a dangerous fallacy." 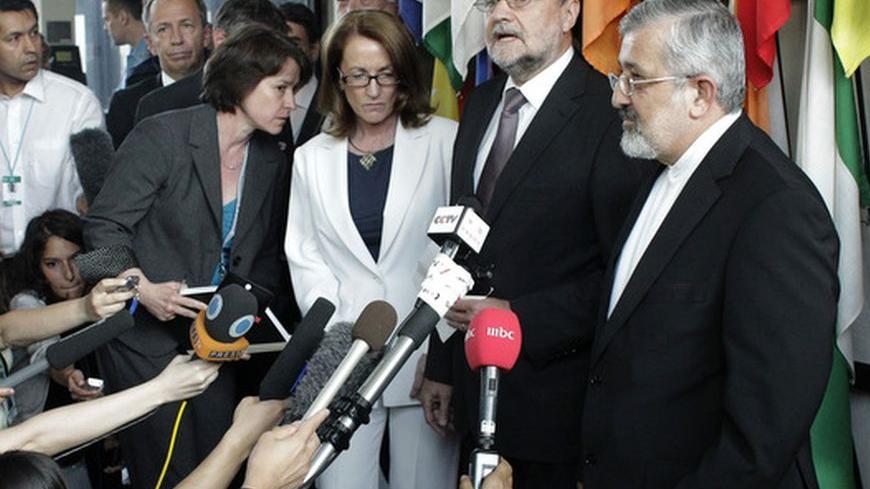 In a recent influential article in Foreign Affairs, Kenneth Waltz has challenged the conventional wisdom on Iran’s nuclear program and asserted that Iran “should get the bomb.”

Written by one of America’s most influential international-relations theorists, Waltz’s article makes a strong case for Iranian nuclear proliferation. He argues that this would bring more stability to the Middle East by ending Israel’s destabilizing nuclear monopoly and introducing a much-needed nuclear balance in the turbulent region.

Coinciding with the imposition of fresh oil and financial sanctions on Iran by the US and the European Union, Waltz’s theoretical contribution challenges western and Israeli policy makers to re-think the wisdom of their coercive approach toward Iran. He argues that sanctions have actually added to Iran’s national security threats and thus fueled the country’s purported proliferation drive.

Although Waltz’s arguments — particularly about the destabilizing effects of Israel’s nuclear arsenal — make sense, the main problem is that his core assumptions about Iran are simply wrong and do not correspond with Iran’s behavior and intentions.

First, Iran does not share Waltz’s Israel-centric view of the proliferation dynamic in the Middle East. Iran’s political leaders have repeatedly described Israel’s nuclear arsenal as “irrelevant” and “useless,” and suggested that it has not been a factor in various Arab-Israel conflicts.

Second, only by its constant threats of military action against it has Israel raised its threat status to alarming levels in Iran. Normally, Israel does not rank at the top of Iran’s national security considerations, in light of Iran’s preoccupation with its border security and stability in its vicinity — above all in the Persian Gulf and Caspian Sea region, Iran’s two main energy hubs.

Third, Waltz’s nuclear realpolitik misses the special attributes of Iran’s post-revolutionary political order and lumps Iran with other states in the international system, thus ignoring the distinctions between revolutionary and status-quo powers.

Following Waltz’s logic of balancing, during the Iran-Iraq war when Iraqi leader Saddam Hussein repeatedly used chemical weapons against Iran, Tehran would have reciprocated by stockpiling and using weapons of mass destruction. But, under the moral guidance of the late Imam Khomeini, Iran did not do so, despite the heavy toll of some 60,000 casualties of Iraq’s chemical warfare. Indeed, it is doubtful that Iran’s behavior can be captured by the narrow prism of the realist paradigm, and alternative paradigms must be found to explain this “anomaly.”

Fourth, yet another, and even more important, anomaly is that Iran’s Supreme Leader, Ayatollah Ali Khamenei, the successor to Ayatollah Ruhollah Khomeini, has re-confirmed a religious edict, or fatwa, that explicitly and unequivocally bans the manufacturing, stockpiling and use of nuclear weapons, which are deemed “inhuman” and “weapons of the past.”

Fifth, backing words with action, Iran has placed its entire uranium-.enrichment program under the scrutiny of International Atomic Energy Agency inspections, which have repeatedly confirmed the absence of military diversion. Lest we forget, in May 2010, Iran signed an agreement with Turkey and Brazil to ship out the bulk of its medium-enriched uranium for a fuel swap. More recently, Iran has said that it is willing to reach a compromise on the issue of 20% enrichment provided that the world powers reciprocate in terms of sanctions. Clearly, these actions do not fit the portfolio of a nuclear proliferator and, indeed, are anomalous to the theory of Iranian proliferation.

Sixth, yet another key flaw in Waltz’s argument is that he focuses narrowly on the Middle East and ignores the international dimension of Iran’s foreign behavior, namely the fact that since the 1979 Islamic revolution, Iran has acted as a revisionist power committed to the ideal of restructuring the unjust global hierarchy and democratizing the hierarchical world order. This was perfectly understood by the late French thinker Michel Foucault, who observed the revolution first-hand and had a premonition that this was a truly historical event that contested not just the ancient regime in Iran but also “the weight of the entire world order.”

Seventh, during the past 33 years, Iran has been remarkably consistent in its foreign policy of supporting the third world and disarmament causes, championed by the Non-Aligned Movement, a grouping of some 120 nations that is slated to be led by Iran as of August 2012 for the next three years. Undoubtedly, Iran will utilize its NAM leadership to advance the movement’s multiple causes, including fighting global poverty, inequality and proliferation and promoting disarmament. Simultaneously, this will enable Iran to further defend its “inalienable nuclear right” to possess a civilian nuclear fuel cycle, while vigorously pushing for a Middle East nuclear weapons-free zone. Put simply, Iran does not want nuclear weapons, nor does it think that there is any compelling reason that it should get them.

Eighth, yet another important issue overlooked by Waltz and a number of other western pundits spinning out theories about Iranian proliferation is that most Iranians believe that an Iranian bomb would spur the Gulf Cooperation Council states headed by Saudi Arabia to get their own bombs, thus hurling the sub-region into a costly, dangerous and ultimately unnecessary nuclear arms race.

In conclusion, the whole Waltzian idea that “more nuclear weapons” is better for world security is a dangerous fallacy irrespective of his good intentions and an affront to the important objective of global disarmament, which would put this goal on an indefinite backburner.

Hossein Mousavian is a research scholar at Princeton University and former Iran nuclear negotiator and author of the new book, Iranian Nuclear Crisis, A Memoir. Kaveh Afrasiabi is a former political science professor at Tehran University, author of books on Iran’s foreign affairs and former advisor to Iran’s nuclear negotiation team from 2005 to 2006.