An Iran deal and Israel’s nukes

Would a comprehensive nuclear agreement with Iran put the spotlight on Israel’s undeclared nuclear weapons program? 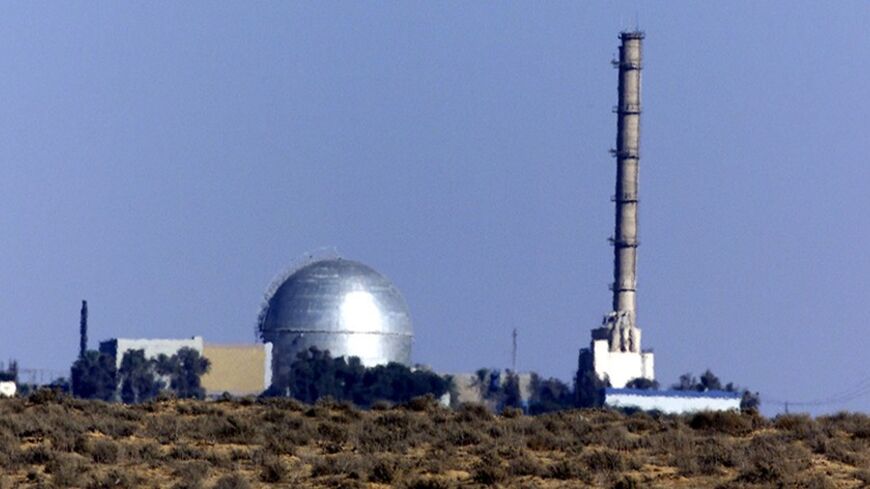 View of the Israeli nuclear facility in the Negev Desert outside Dimona, Aug. 6, 2000. - REUTERS/Jim Hollander

Negotiations with Iran are aimed at winning the Islamic Republic’s commitment not to obtain the necessary ingredients for the construction of a nuclear bomb. This objective is all fine and good, and there is much in the events of the last few months to suggest that a solid basis has begun for progress toward this desirable goal.

But if Iran does its part, opens its program to effective supervision and satisfies the international community of its commitment not to develop nuclear weapons, will President Barack Obama's administration move beyond rhetorical support to implement the broader goal of a nuclear weapons-free Middle East? Here, the picture becomes distinctly unclear.

The Norwegian Nobel Committee noted in in its surprising award to the new US president on Oct. 9, 2009, Obama’s “extraordinary efforts to strengthen international diplomacy and cooperation between peoples.” The committee stressed that it “attached special importance to Obama's vision of and work for a world without nuclear weapons.”

But when Obama’s State Department representative was asked whether Secretary of State John Kerry “believe[s] in the goal of a nuclear weapons-free Middle East?” the evasive response was a pale shadow of the Nobel committees’ thundering endorsement.

In answer to a reporter’s question — “Has the secretary been communicating to Arab and Gulf leaders that he intends to, following an Iranian nuclear deal, pursue a weapons-free — a nuclear weapons-free Middle East?”

Kerry’s spokeswoman answered, “I don’t think that’s been part of his talking points. Obviously, we’re focused on our efforts as it relates to the P5+1 [the five permanent UN Security Council members and Germany] negotiations and a comprehensive deal. As the president has said, we have concerns about efforts toward creating and using nuclear weapons anywhere in the world, and he’s expressed that, of course, as it has been necessary in certain meetings.”

Washington’s ambiguity may be maddening, but it is understandable. For more than five decades, the United States has been a critical pillar of support for Israel’s undeclared but very real nuclear weapons program. It has run interference for Israel’s stiff-arming of international efforts to place its nuclear weapons production facilities under international inspection as part of the bargain struck during the Johnson administration. This deal committed the United States to assure Israel’s conventional quality military edge over any combination of adversaries in return for keeping Israel’s nukes undeclared and “in the basement.”

Both nations have remained true to their commitments. Only once in the early days of the October 1973 War — when Syria appeared poised to invade Israel’s heartland and some in Israel’s leadership feared the existence of the “Third Kingdom” to be at risk — was the use of nuclear weapons contemplated.

Washington for its part has kept the prying eyes of the international community at bay, most recently in late 2012 when it forced the cancellation of an international conference in Finland that was to discuss creation of a MENWFZ, or Middle East Nuclear Weapon Free Zone. The United States declared its opposition to a forum in which any regional state would be subjected to "pressure or isolation," a reference to US concerns that Israel would be isolated.

Progress with Iran on the nuclear file, however, has the potential to place Israel’s sophisticated nuclear weapons infrastructure, including hundreds of bombs, sophisticated delivery systems and a submarine-based second-strike capability, in an entirely new strategic environment. As reported by Al-Monitor's Akiva Eldar, US security guarantees to Israel could play a critical role in the creation of a nuclear-free Middle East.

But just the hint of progress with Iran is driving Israeli Prime Minister Benjamin Netanyahu to distraction. Linking this effort at this moment to a MENWFZ would only harden his opposition to Obama’s signature initiative on Iran.

The P5+1 dialogue and parallel bilateral talks between Washington and Tehran are necessarily focused on the limited and technical issues associated with disarming Iran’s nuclear infrastructure. But neither party believes that this engagement, if successful, will remain so narrowly focused. Indeed, the Omani channel ranged far more broadly over a range of issues of mutual interest. Kerry himself, in discussions throughout the region, has been reported to have raised the issue of a nuclear weapons-free Middle East as part of his overall vision.

And that is just as it should be. Both systems are now feverishly attempting to recalibrate the policy implications of a meeting of the minds on the nuclear issue, foremost among which is the need to define and address the legitimate security interests of all parties — the key feature of a new regional security environment that will necessarily result from a US-Iranian rapprochement.

A NWFZ in the Middle East is already part of this forward-looking agenda.

The demand to ban weapons from an area broadly defined to span the distance from Iran to Morocco and Syria to Yemen has been on the diplomatic slow burner since the 1970s, when it was championed by the shah's Iran and Anwar al-Sadat’s Egypt. Egypt was and remains a key player in the effort to place the idea and highlight before the international community Israel’s rejection of the concept.

Israel has had a nuclear weapons capability since the mid-1960s, and it has jealously protected its arsenal from any hint of international supervision. When forced to explain itself, Israel insists that its nuclear weapons program can only become a topic of discussion after a comprehensive peace with all its neighbors. Until then it is not much interested.

Not the best of company for Obama’s internationally acclaimed effort to rid the world of weapons of mass destruction, particularly if Iran, as a result of determined US leadership, comes clean on its own program.