Why West Should Curb Hostility To Non-Aligned Summit in Tehran

The Non-Aligned Movement summit August 26–31 will be a diplomatic coup for Iran, write Abbas Maleki and Kaveh Afrasiabi, bolstering its international clout and "inalienable right" to enrich uranium. Though many governments have reacted negatively to the Tehran summit, the authors call for a more nuanced Western approach. 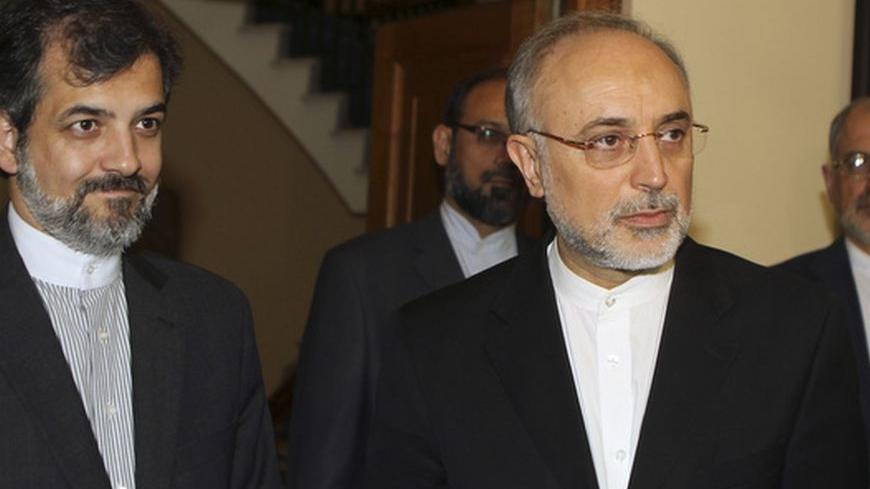 The approaching 16th summit of the Non-Aligned Movement (NAM) in Tehran at the end of August is shaping up as a diplomatic coup for Iran, by virtue of the planned participation of dozens of world leaders and the summit's transfer of NAM's presidency from Egypt to Iran for the next three years.

This will likely enhance Iran's capability to bolster its international solidarity and, above all, to defend its "inalienable nuclear rights" — the right to enrich uranium for peaceful purposes, which has been consistently supported at previous NAM summits as well as by the NAM representatives at the International Atomic Energy Organization (IAEA).

Indeed, consistent NAM support for Iran's civilian nuclear program has been crucial to Iran's nuclear diplomacy, and will be even more so in the coming months as the nuclear negotiations between Iran and the P5+1 nations (UN Security Council's permanent five members plus Germany) enters a crucial "make-or-break" phase after several rounds of marathon negotiations, most recently in Istanbul, Baghdad and Moscow. In turn, this will make it more difficult for the US and its Western allies to push for a complete suspension of Iran's enrichment program. There are, of course, other expected diplomatic and political dividends for Iran, such as enhancing Iran's regional clout as well as input at the UN General Assembly, home to the more than 120 NAM nations that have been pushing for, among other things, a greater role for the General Assembly, disarmament and a more horizontal “shared” global management in today’s post-cold war era.

As expected, the US and a number of other Western governments have reacted negatively toward the coming Tehran summit, citing Iran’s defiance of UN Security Council resolutions. But there are several valid reasons why a more nuanced Western approach is called for, one that avoids political reductionism and hasty conclusions that overlook the positive ramifications for regional stability and even the nuclear standoff, including the following:

First, both the summit and the NAM presidency imply a greater, unprecedented role for Iran as an international actor, which must now hold the mantle of NAM's global mission transcending Iran. In terms of Iran's foreign policy, this is bound to introduce certain adjustments in order to mirror NAM's lofty objectives and to better coordinate Iran's and NAM's policy moves at the IAEA or the next NPT review conference.

Second, in light of the summit’s theme of “sustainable peace,” Tehran is likely to use its NAM status to fill a greater role in regional conflict management, thus adding to a portfolio that includes past mediation efforts in Central Asia-Caucasus. This may well cover Syria, in light of a recent Tehran mini-summit on crisis resolution there, thus complementing the efforts of the UN’s new special envoy to Syria, Lakhdar Brahimi. For sure, the time has come for NAM to play a bigger role in conflict-resolution issues, and Iran is prepared to make genuine contributions in this regard. For a clue to the summit's relevance to regional conflicts, Pakistani and Indian leaders have announced that they will meet on the summit's sidelines to discuss issues in their relations.

Third, Iran is fully aware that its new NAM role is a trust, that it should not take NAM's support of its nuclear program for granted and that any missteps may harm its delicate relations with the NAM family of nations. Thus, at the IAEA, Iran's envoys have repeatedly assured NAM representatives about the peaceful nature of Iran's nuclear program, thus ensuring NAM's support, which will be further cemented as a result of the Tehran summit. In sum, both the NAM summit and Iran's NAM presidency for the duration of 2012–2015 are destined to couch Iran in a deeper counter-proliferation identity, while simultaneously fueling Iran's quest to put international pressures on Israel over its clandestine nuclear arsenal, partly through NAM's endorsement of the UN's initiative for a nuclear-weapons-free zone in the Middle East.

Fourth, despite appearances to the contrary, Iran’s NAM-related gains are not tantamount to a net loss for the nuclear negotiations. This is in light of the need for the US and its Western allies to shrink from the unrealistic "zero-centrifuge" goal and to adopt a more flexible and realistic approach, such as agreeing to a nuclear-fuel swap involving Iran's 20% enriched uranium, that would, hopefully, put the genie of an Iran nuclear crisis back in the bottle. This would require a turnaround from the “ungenerous” Western offers at the negotiation table, to echo an assessment by the International Crisis Group, perhaps based on the mistaken assumption that Iran under increased pressure of sanctions (as well as threats) is more likely to agree to the nuclear demands, when in fact by now it is patently obvious that Iran does not respond well to pressure and is in fact more likely to make concessions when more confident.

In conclusion, the various implications of the NAM summit and Iran's NAM presidency — for regional stability, conflict mediation and a greater Iranian role as a responsible international actor, among others — need to be taken into consideration in the West, as part and parcel of a more prudent and nuanced Western approach toward Iran, instead of one that is dependent on coercive diplomacy.

Abbas Maleki is a former deputy foreign minister of the Islamic Republic of Iran and currently senior Wilhelm Fellow on Energy Policy at Massachusetts Institute of Technology.