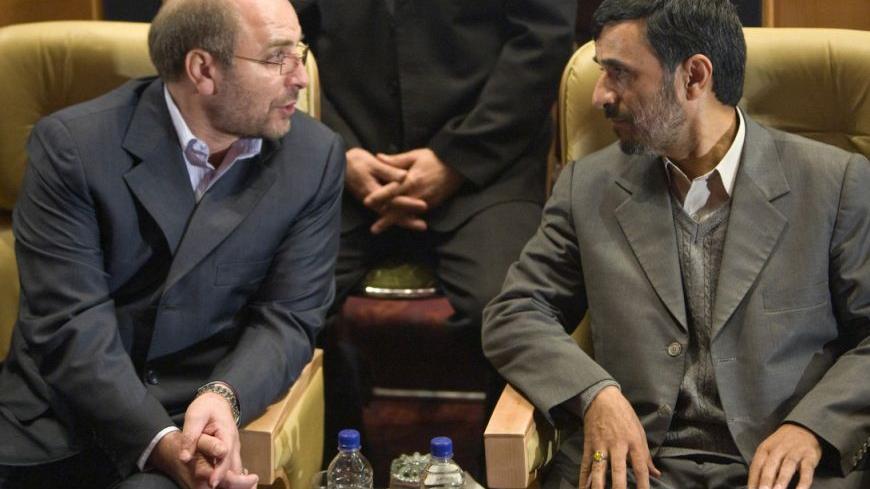 Derided by the United States and incomprehensible to many in the West, the upcoming Non-Aligned Movement (NAM) conference in Tehran serves as an opportunity for Iran to score diplomatic, economic and domestic political points at a time of crushing pressures.

With the announcement that UN Secretary-General Ban Ki Moon will be attending the conference Aug. 26-31, Iranian Supreme Leader Ayatollah Ali Khamenei already seems to have scored a victory. Much to Khamenei's delight Ban will attend despite public pleas from the US and Israel for him not to go.

The NAM conference will also be a not-to-be missed chance for Iranian politicians to score points on Iran’s domestic political scene.

Chief among them will be Iranian President Mahmoud Ahmadinejad. When it comes to his foreign policy legacy, the NAM conference will almost certainly be his last hurrah — not counting his annual spectacle at the UN General Assembly. With less than a year before he steps down as president, Ahmadinejad will most likely try to use the conference to portray Iranian foreign policy under his term as a success. He undoubtedly wants to detract attention from his flagging popularity at home. That is due to a number of reasons, chief among them his dismal economic policies and the fact that he went to Saudi Arabia instead of going to see victims of August earthquakes in northwestern Iran – an area that he has yet to visit. The government's response to the quakes has been so slow that many Iranians have taken it upon themselves to send help.

When it comes to using the NAM conference to score points at home, Ahmadinejad won't be alone. Among other politicians jousting for credit will be Tehran Mayor Mohammad Baqer Qalibaf. Before the meeting, Qalibaf has already been inaugurating a number of road projects to prepare the capital for the flood of foreign visitors, expected to reach 7,000.

“When there are representatives of 100 countries in Tehran, we must show the real face of the city,  which, compared to many other capital cities of the world is cleaner and more beautiful” stated Qalibaf during the recent inauguration of sections of the Yadegar Imam highway.

While Qalibaf may have Tehran's welfare at heart, a much bigger motivation is his own political future. The upcoming conference will be a PR opportunity for the mayor to boost his chances to be anointed in next year's presidential elections. When it comes to using photo opportunities, he already seems to be an expert. After recent floods during which he oversaw some of the cleanup operations, he turned up at a high profile meeting wearing muddy clothes. As mayor of the host city he will most likely seek out photo opportunities with visiting dignitaries to increase his visibility and to strengthen his standing at home and abroad. And should the infrastructure side of the conference run smoothly, he will probably use this as leverage to try to force Ahmadinejad to cooperate with the mayor’s plans to expand the metro system, something Ahmadinejad, Qalibaf’s predecessor as mayor, has not been willing to do.

Another politician who most likely will use the conference to boost his standing at home will be Iranian Foreign Minister Ali Akbar Salehi. Probably the Iranian government's most capable and qualified diplomat, his domestic standing could use strengthening, especially with the Revolutionary Guards. Since the Guards are in charge of the security for the event and the foreign ministry has been one of the leading bodies in charge of arranging the conference, cooperation between the two could boost Salehi's standing with this important organization. The conference will also be a PR opportunity for Salehi to present himself to other actors inside Iran's domestic political scene as the regime's most successful and respected diplomat. Should Salehi decide to run in next year's Iranian presidential elections, this will certainly be useful.

Finally, the meeting will be an opportunity for the regime to demonstrate unity. This will be the biggest international gathering in Iran in 14 years and will provide a chance for politicians to meet foreign dignitaries and to forget about the domestic rivalries which have peaked since Ahmadinejad's controversial re-election in 2009.

However, once the dust settles and the foreign dignitaries leave, Ayatollah Khamenei will return to worrying about a domestic version of the Non-Aligned Movement growing at home against his leadership. As the regime becomes more corrupt and divided and the pressure of sanctions over its nuclear program grows, the alienation of regime elements from Khamenei's leadership and policies is a genuine threat that the supreme leader will find difficult to ignore.

Meir Javedanfar is an Iranian-Israeli Middle East analyst. He teaches the Contemporary Iranian Politics course at the Interdisciplinary Center (IDC) in Herzliya. He tweets as @Meir_J.