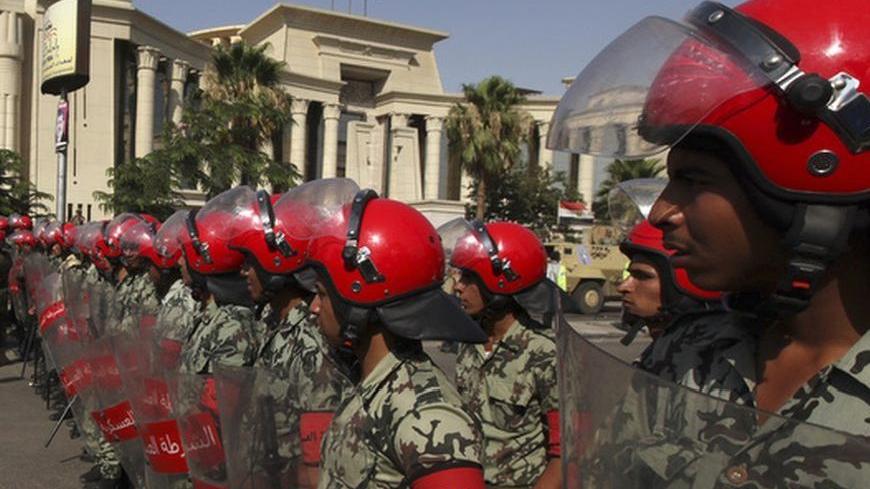 The court ruled that one-third of Egypt's parliamentary seats should be voided, thus effectively calling for the dissolving of Egypt's recently-elected legislature. It also ruled that former Mubarak-regime prime minister Ahmed Shafiq be allowed to stand in Egyptian presidential run-off elections, scheduled to be held June 16-17th.

"Today's moves by the Constitutional Court on behalf of the ruling Supreme Council of the Armed Forces (SCAF) seem difficult to overcome and likely to push Egypt onto a dangerous new path," Lynch wrote. "With Egypt looking ahead to no parliament, no constitution, and a deeply divisive new president, it's fair to say the experiment in military-led transition has come to its disappointing end."

"The revolutionary promise of Tahrir Square is clearly slipping away," said Steve Cook, an Egypt expert at the Council of Foreign Relations, in a call with journalists Thursday.

"Determined counterrevolutionary groups in Egypt appear to have outmaneuvered a variety of new groups that thought in inspiring 18 days in 2011 they had finally done away with the regime that the Free Officers ushered in in the 1950s," Cook said. The court's move suggests Egyptian players seeking greater democracy "have largely been outmaneuvered by the military and the system is one that goes back to the founding of [the Egyptian military] regime back in the 1950s."

"This is clearly going to go on for a long time," Isobel Coleman, an Egypt expert who directs the women and foreign policy program at the Council on Foreign Relations, said Thursday. "We are seeing a big push by counterrevolutionary forces."

Coleman noted a series of decisions in advance of the court's ruling Thursday suggesting it had been in the works for some time. In particular, the SCAF government's decision Wednesday to effectively reinstate the emergency law that had been in place for 30 years of Mubarak's rule, and which expired May 31st.

The expired Mubarak-era emergency law "was replicated with a new law, that citizens and human rights groups can be arrested and tried in military courts," Coleman said, in apparent "anticipation of what they were girding for: some big demonstrations and protests coming up."

"These counterrevolutionary forces are not moving over," Coleman said. "The big question becomes what will the major players do."

For his part, Shafiq, the old regime-backed presidential candidate, on Thursday gave what sounded like "essentially a victory speech," as Cook put it.

Meantime, rumors and reports suggest that some members of the Muslim Brotherhood, who were not optimistic about the prospects of the Brotherhood's presidential candidate Mohamed Morsi, have been talking quietly with Shafiq and the military about what senior role they could have in the new parliament, "to cut some deal in effect," Coleman said.