US Mulls Seeking Broader Deal In Nuclear Talks With Iran

The Obama administration might put forward a broader proposal to Iran during the next round of nuclear talks scheduled for later this month, diplomatic sources told Al-Monitor. Laura Rozen on the thinking behind the "go big" approach rather than the more incremental one presented at a meeting last month in Baghdad. 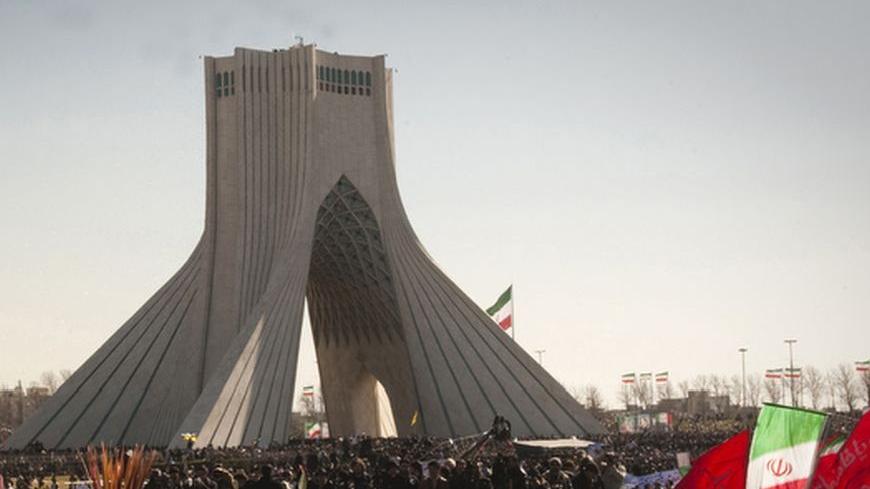 The Obama administration is considering putting forward a broader proposal to Iran, rather than the more incremental one presented at a meeting last month in Baghdad, diplomatic sources told Al-Monitor.

Those arguing in favor of the "go big" approach say their thinking has been influenced by two recent diplomatic encounters with Iran that cast doubt on the viability of an incremental deal, as well as by Israeli concerns over any interim deal being the last one reached with Iran for the next few years, officials said.

"The Israelis are concerned that once you get a deal, it will be the last deal for a long time — the next two to three years," a Western official told Al-Monitor Thursday on condition of anonymity.

"So the Israelis are afraid that we will agree to a s----- deal, and tell ourselves it's only the initial step," the official continued. No new sanctions are likely to be imposed at that point, even if the parties do not go on to agree to other steps, as currently planned, the official said about Israeli thinking.

The current Obama administration discussion revives a debate that took place among US officials much of last year about whether to propose a big or more incremental offer to Iran. Senior policy officials at the Defense Department are said to have favored offering a bigger deal to Iran, accompanied by a military threat were it not accepted. They were countered by officials, mostly at the State Department, who argued that there was such a lack of trust or diplomatic contact between the West and Iran that it was more prudent to first propose a smaller confidence-building measure. The group that argued for an incremental approach prevailed as talks resumed in Istanbul in April.

International negotiators have, to date, proposed a step-by-step incremental process for resolving international concerns about Iran's nuclear program. They laid out a detailed proposal for an interim confidence-building measure at their last meeting with Iran in Baghdad in May. That proposal asked Iran to stop its 20 percent enrichment activities, ship out its stockpile of 20 percent enriched uranium, and halt operations at Fordo, a fortified, uranium-enrichment site near the Iranian city of Qom. In return, the international community offered various cooperation with Iran's civil-nuclear program, isotopes for Iran's medical reactor, and a lifting of sanctions on exports of US civilian aircraft parts for Iran.

"The Iranians made clear at Baghdad they were not interested in the package," the Western official said.

The problem with the so-called P5+1 — the five permanent members of the UN Security Council plus Germany — group's proposal in Baghdad is that it involved all reversible steps, he said. For instance, halting, but not ending, operations at  Fordo.

Iran has sought an "experts" meeting in advance of the Moscow talks. But as yet, its request has been rebuffed by the office of lead international negotiator, European Union foreign policy chief Catherine Ashton. European diplomats have told the Iranians they believe political, and not technical, discussions would be more useful at this point, but their requests for a meeting among political envoys have to date gone unanswered, they said.

American officials in turn have wondered if the issue is more one of semantics than anything else. In other words, if by "experts" meeting, the Iranians mean a deputies meeting, rather than discussions among lower-level technical experts.

The Americans are frustrated that Iran has refused to meet with them, and indicated they feel more progress is likely to be made if the Iranians and Americans speak directly.

"At the end of the day, everyone knows the deal will be made between the US and Iran," the official said.

The P5+1/Iran meetings are "very formal, very stylized affairs where the two sides exchange talking points; there's no give and take," he said.

He said the six-party talks on North Korea suffered from the same cumbersome dynamic until the US and North Korean envoys basically worked out a deal, which was then worked through the six-party architecture.

"We'd be open to more regularized meetings," he added.

Even amid signs of American interest to feel out the possibility of a more direct deal with Iran, however, there are constant risks that the diplomatic process could break down partly through miscalculation, by both sides.

"Maybe a breakdown is necessary if we ever want to get an eventual agreement," is one school of thought, the official said. The Iranians seem to be under the mistaken impression that we don't want sanctions to go into effect at the end of June, he said.

But he acknowledged the risk that if the process is allowed to break down, it may not be revived for a long time, as was the case following the breakdown of negotiations in Istanbul in January 2011.  New negotiations did not resume until some 15 months later.