Nothing happened. But that might be just fine. Al-Monitor Washington correspondent Barbara Slavin on why talking without any results is better than not talking at all. 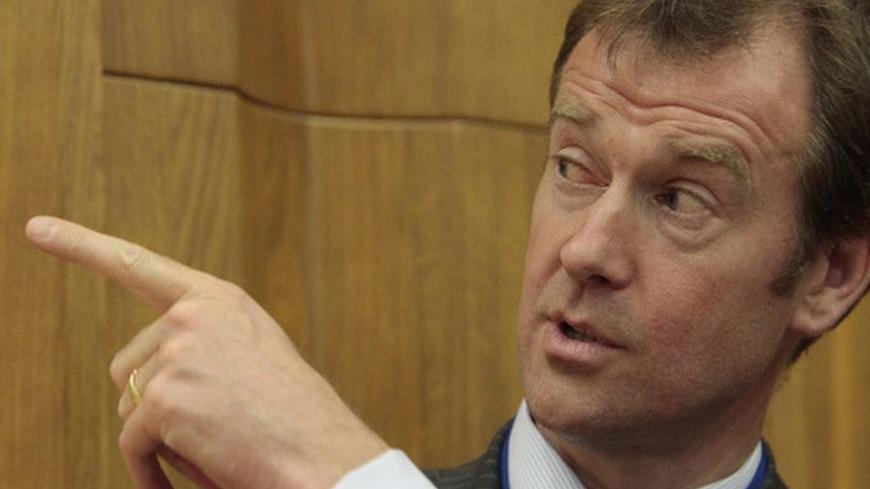 Not to be cynical, but it really doesn’t matter that the latest talks with Iran came up empty.

Outnumbered six to one, Iranian negotiators did a classic job in Moscow earlier this week (June 18-19) of defending past positions, raising old grievances and demanding concessions that they knew they would not get. US officials offered little and got nothing in return — but cannot be accused of “appeasement” in a presidential election year.

Even though US officials maintain that they are not talking for talks’ sake, they surely know that talking is better than many alternatives and that the exercise is not without merit. The Barack Obama administration has made enormous progress in consolidating an international coalition against the Iranian nuclear program. Holding these talks helps keep that coalition together.

Talking to Iran is also part of a robust containment strategy in place against the Islamic Republic since its inception. Other elements are economic sanctions, cyber war, other covert actions and heightened conventional military readiness in the Persian Gulf.

The outlines of a possible deal with Iran have long been clear. While in an ideal world, it would be great to eliminate Iran’s nuclear program, realists know that it is not going to be possible to do so, even with military strikes. There are too many Iranian nuclear scientists to be able to assassinate them all and centrifuges are easy to hide in widely dispersed locations.

As Robert Litvak, author of a new book, Outlier States, put it Wednesday (June 20): “a full rollback” of the Iranian nuclear program is unlikely and the US should strive instead to put limits on Iran’s nuclear development.

“There is political space to craft a deal like the 1994 Agreed Framework with North Korea to bind the program to buy time,” he told an audience at the Woodrow Wilson International Center for Scholars, where he directs international security studies. That agreement suspended North Korea’s plutonium-based program for nearly a decade (although the North Koreans started a uranium-based effort on the sly.)

The Iranians came to Moscow prepared to cap uranium enrichment at 3.5% and give up their stockpile of higher enriched uranium — if the US would recognize their right in general to enrich. US Secretary of State Hillary Clinton has said that would be possible if Iran comes clean on past activities and provides transparency for the future. But the Obama administration was not prepared to make this concession while the president is running for re-election.

For a deal to be struck, Iran will also need to overcome its discomfort at talking one-to-one with the United States. Over the course of five meetings since 2010, Catherine Ashton, the European Union foreign policy chief, appears to have developed a rapport with her Iranian counterpart, Saeed Jalili. Iran also is willing to talk bilaterally with the Russians and Chinese, but Jalili has shied away from a session with US negotiator Wendy Sherman.

Why is Iran so nervous about talking alone with the US?

Even if Iran is not outnumbered in the room, the asymmetry between its power and that of the United States makes negotiations tricky. Because Iran and the United States are not equals, Iran is acutely sensitive to perceived slights and hyper-insistent on asserting its rights under the international system.

Iran’s religion-based system — and institutionalized hostility to the United States — also preclude sending the sort of high level US envoys to meet Supreme Leader Ayatollah Ali Khamenei that worked with North Korea, where former presidents Jimmy Carter and Bill Clinton have both played important diplomatic roles. Lesser US envoys have also had frequent access to North Korea, but not to Iran.

Containment of Iran is also far more complicated than it was with the old Soviet Union which, despite the far greater challenge it posed to the international order, was comfortable participating in summits with the United States.

It is hard to foresee at this juncture that the dysfunctional dynamic with Iran will change anytime soon. However, the good news is that Iran, unlike Pakistan, North Korea and Israel, has only slowly expanded its nuclear capabilities.

Iran will be willing to make a deal with the United States if and when internal pressures mount sufficiently and the Obama administration — or its successor — is willing to give Iranian leaders a face-saving way out.

Neither is there yet.