Are the Iran Nuclear Talks Finally Headed in the Right Direction?

Six world powers emerged from the first talks with Iran in over a year on a positive note. Officials agreed to hold another meeting in Baghdad May 23, where they hope to devise a concrete plan to address Iran's advancing nuclear program. Iran also held bilateral meetings with Russia, China and the EU's Foreign Policy Chief, but declined to meet one-on-one with American diplomats. 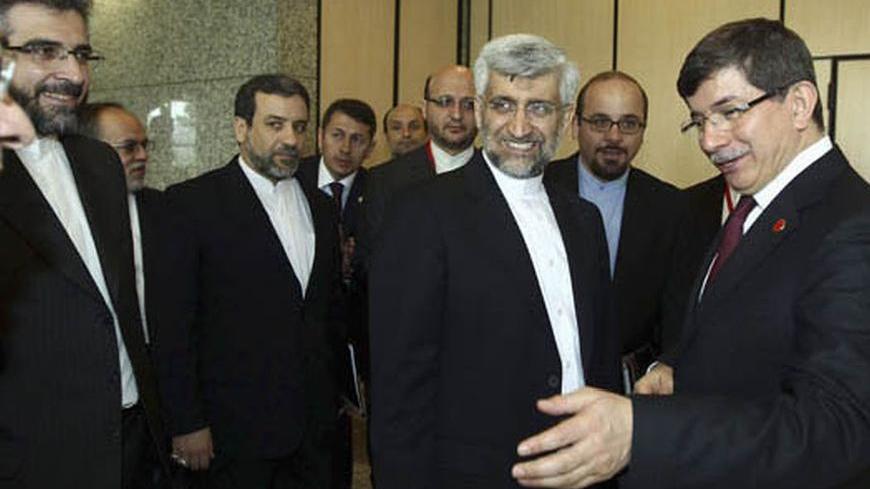 ISTANBUL—Six world powers emerged from the first nuclear talks with Iran in over a year on a positive note Saturday.

“The discussion on the Iranian nuclear issue has been constructive and useful,” said European Union Foreign Policy Chief Catherine Ashton, the lead negotiator. “We want now to move to a sustained process of serious dialogue, where we can take urgent, practical steps to build confidence.”

After a two-and-a-half-hour morning plenary session, officials agreed to hold another meeting in Baghdad May 23, where they hope to devise a concrete work plan to address urgent concerns about Iran's advancing nuclear program. Following that session, Iran held bilateral meetings with Russia, China and Ashton, but declined to meet one-on-one with American diplomats.

"It's quite an encouraging beginning of this negotiating process," said Greg Thielmann, a former U.S. official with the Arms Control Association, in a telephone interview Saturday. "Our expectations were modest, just because the history of this difficult relationship between the United States and Iran in particular. I think we have to be satisfied from all indications so far that a serious negotiating process has begun."

Iranian negotiators came to the table with a new and welcome degree of seriousness and willingness to speak about the country's nuclear program, European and American diplomats said.

Iran's top nuclear negotiator, Saeed Jalili, sounded unusually on message and enthusiastic when he gave a press conference following the marathon Istanbul talks."The points we agreed on were notable and important," he said, through a translator, going on to say the major powers and Iran could jointly cooperate on nuclear non-proliferation issues. Also welcomed by the international group, he said, was "the fatwa of the Supreme Leader opposing the use and production of a nuclear bomb," he said.

The Iranian delegation notably avoided the litany of past grievances about international double standards, said Western diplomats, and past reluctance to speak about Iran's nuclear program was replaced by meetings focused almost exclusively on the nuclear issue.

Still, the positive take on the Iranians' serious approach to the talks was mitigated by looming concern over a clear gap between the sense of urgency felt in Western capitals about curbing Iran's most sensitive nuclear work and Tehran's stance.

"While the atmosphere was positive and good enough...we continue to stress the urgency for concrete progress," a senior U.S. administration official said after the talks.

Ashton expressed a similar sentiment. "We set out with a clear objective: we wanted to know if Iran is serious about moving to a sustained process" to address urgent concerns about its nuclear program. "The discussions today are about how we go forward, and what is the process by which we get concrete proposals onto the table."

While there was some concern that the Iranian delegation apparently declined the opportunity to hold a bilateral meeting with the American delegation at this point, negotiations are still headed in the right direction. "I think it would have been better if that occurred, but we got enough encouraging developments," said Thielmann. "That they met at all with the U.S. in the room and pledged to meet again with U.S. in the room is quite enough for the first meeting."