The Risk of Syria's Chemical Weapons

Unconventional weapons must be a top international priority, writes Mark Fitzpatrick. The risk of Syria’s chemical weapons being used is very real, and the prospect of them falling into the wrong hands is even more so, given the degree to which the stockpiles are dispersed and the number of fighters in Syria with links to al-Qaeda and other radical groups. 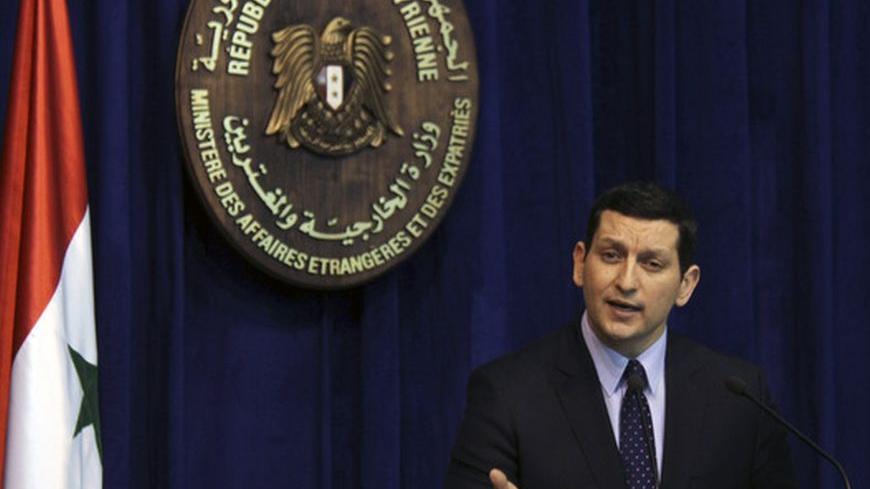 There is now a real alarm that Syria’s chemical weapons might be used, and not just in response to nuclear threats or foreign invasion. The worry, rather, is that the Assad regime might deploy the weapons against his Syrian opponents or that the weapons could be seized by radical forces aligned with al-Qaeda or other groups that might seek to use them in terrorist attacks elsewhere. Hence President Obama’s stern warning on Monday that Syria would face American military intervention in the event that chemical weapons are moved or prepared for use. An aide later clarified that Obama’s warning about "moving" the weapons meant movement that would make the arsenal more vulnerable to seizure, not movement intended to secure the arsenal.

The concerns are not fanciful. Although a Syrian Foreign Ministry spokesman last month said the weapons would never be used except in the case of external aggression, the government has repeatedly characterized the opposition forces as foreign instigated. And just as Saddam Hussein in 1987-88 infamously slaughtered Iraqi Kurds with mustard gas and nerve agents, it is conceivable that in the demonization phenomenon of a sectarian civil war, Assad loyalists might see their opponents as deserving targets of chemical attack, especially in a last-ditch defense of the regime.

The prospect of chemical weapons "falling into the wrong hands" is even more real, given the degree to which the stockpiles are dispersed and the number of fighters in Syria with shadowy links to al-Qaeda and other radical groups. Syria reportedly has some two dozen CW storage sites, some close to areas of unrest. Western intelligence agencies have a better picture of Syria’s CW following the defection of military officials involved in Syria’s program. Yet the intelligence agencies cannot be completely certain, and they are mindful of the recent Libyan experience. There, despite a relatively benign environment and cooperative attitude on the part of the Libyan government after Ghaddafi agreed in December 2003 to abandon his nuclear and chemical-weapons program, not all of the Libyan CW was fully accounted for. Additional storage sites turned up in October 2011. The likelihood that this was more a case of bureaucratic oversight than purposeful deceit does not allay concerns. Dispersing stockpiles increases the margin for error and offers more leeway for looting and insider collusion. Individual chemical weapons can be carried or carted away.

The effect of a single chemical weapon would be limited, of course. Even a barrage of artillery-fired CW canisters would not produce mass casualties. This is why the term "weapons of mass destruction" is a misnomer in lumping chemical and nuclear weapons together in the same category. The latter are many magnitudes more destructive. Yet chemical weapons are inhuman and problematic enough. As explained in an IISS Strategic Comment earlier this week, chemical weapons are seen as a way to cause terror and disruption. According to a monograph by my IISS colleagues Mike Elleman, Dina Esfandiary and Emile Hokayem published late last month by the EU Non-Proliferation Consortium, Syria is believed to have developed and stockpiled hundreds of tons of VX, sarin and mustard gas.

Obama’s warning extended to biological weapons, words he used twice in his short comments at the unscheduled Monday press conference. Although there is scant evidence in the public domain, the US intelligence community has concluded that Syria "has a program to develop select biological agents as weapons." An additional reason for concern is that Syria has not ratified the 1972 Biological Weapons Convention.

Concerns about Syria’s chemical weapons underscore why it is important to stem the spread of nuclear weapons, particularly in nearby Iran. The parallels are imperfect, of course, but still telling. As in the Syrian case until recently, it seems highly unlikely that Iran would purposely use nuclear weapons or transfer them to terrorist groups. Yet the circumstances under which such weapons might be used, by mistake or miscalculation, for example, or fall into the hands of non-state actors willing to employ them against civilian populations cannot be wished away. The Syrian nightmare would be far worse if the regime had stockpiles of nuclear weapons.