Israel focused on Syria as well as Iran

A report by the Washington Post has attributed two attacks to Israel in the past year and a half against Syrian military facilities linked to its past chemical weapons program. 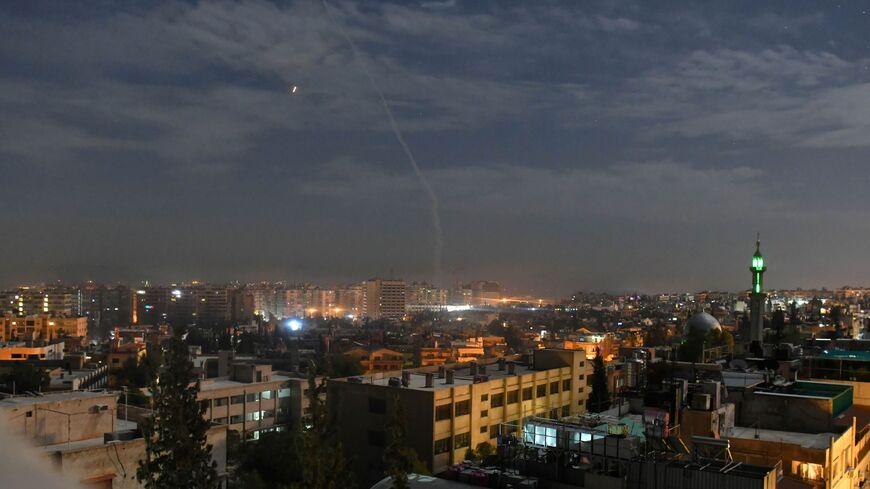 While focusing on the Iranian nuclear program and talks in Vienna, Israel is also keeping a watchful eye on developments in Syria. On Dec. 14, the Washington Post revealed that Israel had allegedly carried out last June an unusual aerial attack, deep inside Syrian territory. According to the report, Israeli jets fired missiles at three Syrian military targets near the central cities of Damascus and Homs. Seven soldiers, including a colonel, were reportedly killed in the strike, although the attack apparently targeted very specific military installations. The article also referred to an aerial attack carried out March 2020, without providing any more details.

The Post article generated big headlines in the Israeli press, though officials declined to comment. Still, one day after the publication of the report, Israeli Intelligence Minister Elazar Stern said that Syria cannot be allowed to obtain chemical weapons. Much like his colleagues, Stern refused to directly comment on the article. He did however say, “We have a neighbor that has already proved that it doesn’t hesitate to use chemical weapons even against its own people. [Syrian President Bashar] Assad must not have chemical weapons.”

Numerous reports were published in 2012 and 2013 claiming that the Assad regime was using chemical weapons against civilians, in its efforts to squash the civil war. The reports suggested that the government had used chlorine, sarin and sulphur mustard agents, with an especially deadly sarin attack in 2013 in the town of Ghouta. Some of these reports apparently originated in intelligence gathered by Israel.

Absent congressional support, then-President Barack Obama did not retaliate militarily over the Ghouta attack. But by the end of 2013, the United States and Russia reached a sweeping agreement calling for Syria’s arsenal of chemical weapons to be removed or be destroyed within a year. An international mechanism to supervise the destruction was put in place. By the beginning of 2014, Israeli intelligence reportedly estimated that Assad kept only a small quantity (less than 1 percent) of his chemical weapons, and that most of the arsenal has been indeed destroyed.

Following the Post publication, former Golan Formation Commander Brig. Gen. (Res.) Zvika Fogel said he believes the chemical weapons threat does exist. Interviewed by the North Radio Station, Fogel warned that since Assad did not hesitate to use chemical weapons against his own citizens in the past, Israel must be ready for the possibility of Assad using such weapons against it under certain circumstances.

When the first Iraq war broke out in 1991, Israeli authorities distributed gas-protection masks to all citizens. Over the past few years, and especially since Syrian chemical capabilities were destroyed, that policy has lapsed. For the moment, according to reports in Israeli press, there is no intention of resuming production or distribution of such masks.

The Post publications and statements by Israeli officials in recent months indicate that Israel is concerned over Iran's continued efforts to establish permanent bases of operation across the Middle East through a network of proxies. These include Hezbollah in Lebanon and in Syria, the Houthi rebels in Yemen, and various Shiite militias in both Syria and Iraq. Inspecting a military drill Nov. 16, Prime Minister Naftali Bennett said, “We are dealing with Iran and its proxies, in Lebanon and Syria. No matter what happens between Iran and the world powers … Israel will protect itself with its own forces.”

Syrian state news agency SANA blamed Israel on Dec. 7 for allegedly firing missiles on the port of the coastal city of Latakia. The SANA report said that several missiles struck containers in the port, setting some of them on fire.