On the sidelines of a heavily boycotted Arab League consultative meeting, Egyptian officials met Italy's foreign minister to discuss illegal immigration from Libya, among other issues. 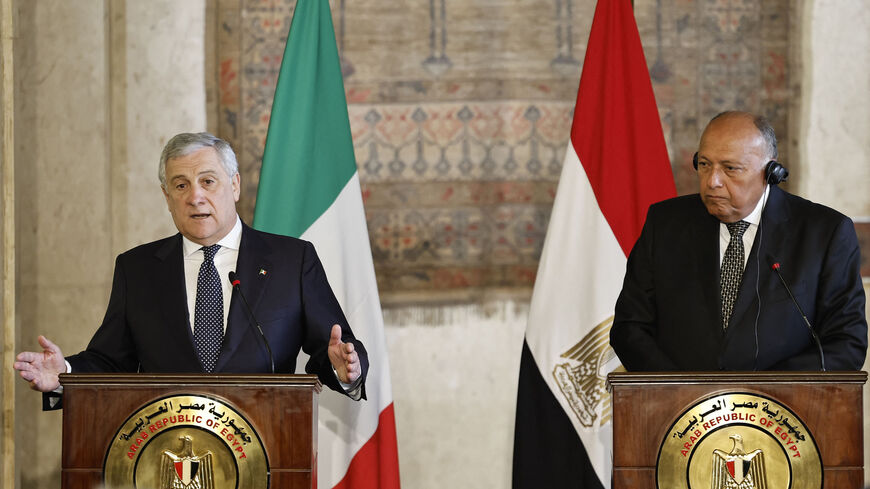 17 out of 22 member states of the Arab League abstained from sending their foreign minister to a consultative meeting on Libya on Sunday, marking regional ambivalence over the Abdel Hamid Dbeibah’s government.

Only five Arab countries attended the meeting including the foreign ministers of neighboring Algeria and Tunisia. Egypt boycotted so did Saudi Arabia and the United Arab Emirates, local media reported.

They discussed two cases that have made the world headlines: Giulio Regeni, the Italian graduate student who was tortured to death in Cairo in 2006, and Patrick George Zaki, an Egyptian student in Bologna who had been detained by the Egyptian authorities for almost two years. Although Zaki was released from detention pending trial in December 2021, he is unable to travel.

In a tweet, Tajani affirmed Egypt’s cooperation in the two cases to solve them.

Why it matters: Relations between Egypt and Italy have been tested following Regeni’s death. He was researching labor movements in Egypt as part of his doctoral dissertation.

Although Tajani’s trip to Egypt is contested by the Italian opposition, the foreign minister sees the latest tours to Tunisia, Algeria and now Egypt by Italian politicians as a necessary step in controlling the flow of illegal immigrants crossing the Mediterranean Sea into Europe. According to media reports, Rome and Tripoli agreed to work together to curb the flow of illegal immigration. Libya has been known to be a hub for migrants seeking illegal travel to Europe.

Italy is home to about 6 million immigrants, accounting for almost 10% of its population. With rising internal anti-immigrant sentiments, Italian authorities have been actively trying to prevent new illegal immigration flows.

Russia's war on Ukraine has further propelled European countries to secure energy ties in the region, at times at the expense of other political considerations.

Al-Monitor reported on the importance of Libya’s stability to Italy, which suffers waves of immigrants arriving on its shores as the country battles economic difficulties and political challenges. Italian Prime Minister Giorgia Meloni said, “Libya’s stability is the absolute priority of Italy’s strategy, as it is an essential element to ensure the security of the entire region. We are ready to do our part to achieve this stability in support of the United Nations, while respecting Libyan sovereignty.”

What Arab League meeting? The meeting between Egypt and Italy took place on Sunday, on the sidelines of what was supposed to be the Arab League periodic consultative meeting in Tripoli, Libya. The summit was boycotted by 17 Arab member states and only five diplomats showed up.

Libya has been divided and drowning in chaos since a revolt that ended with the killing of Moammar Gadhafi in 2011. The country is split between two governments, one led by Dbeibah based in Tripoli, with the support of the United Nations and the international community, and another led by Bashagha in eastern Libya.

The chaos that ensued left a power vacuum that was filled by different groups and a power struggle with armed militia forces scattered everywhere. The political stand-off today is the result of a failed attempt to hold elections in December 2021.

Egypt has played a key role in facilitating an agreement between the rival Libyan parties for years. Concerned about growing militant activities and cross-border attacks, the country’s internal fights pose a threat to Egypt’s national security.