Burns visit is most senior for a US official to Libya since President Joe Biden took office in January 2021. 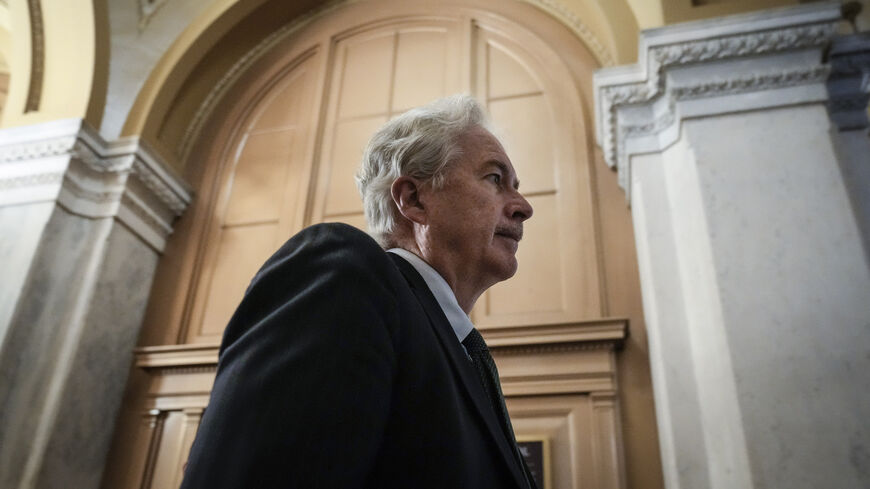 Central Intelligence Agency director William Burns arrived in Libya on Thursday on a surprise visit, where he is meeting with the country’s Prime Minister Abdul Hamid Dbeibah in the capital Tripoli, and other senior political and military leaders.

The Libya Review tweeted a photo of Burns with Dbeibah in what constitutes the most senior visit for a US official to Libya since President Joe Biden took office in January of 2021. The CIA director was expected to meet with senior political, security and military officials, including the head of Libyan National Army (LNA) Field Marshal Khalifa Haftar. Counterterrorism, oil and gas, relations with Russia and its private mercenary group Wagner were reportedly on the agenda.

Why the meeting? According to Politico, the United States is interested in tracking Russia's Wagner Group, particularly its activities in Syria where US forces are stationed.

Privately owned by Russian oligarch Yevgeny Prigozhin, Wagner has 50,000 personnel stationed in foreign posts outside of Ukraine. It is operational in various countries including North African states -Libya included- and works closely with governments on military and political projects.

The visit also comes just weeks after Tripoli authorities handed over to the US a Libyan man who is suspected of involvement in the 1988 Pan Am Flight 103 Lockerbie bombing. While analysts speaking to Politico said the handover was likely aimed at garnering “US goodwill and favor amid the power struggles in Libya,” it sparked public outcry.

Know more: US intelligence services have accused Wagner of recruiting prisoners in Russia to fight in Ukraine and carrying out attacks in the city of Bakhmut.

Wagner and other similar groups have been under US sanctions to control its access to weapons, pushing the group to turn elsewhere, including North Korea.

According to a Human Rights Watch report, Wagner has been accused of targeting and torturing civilians.

National Security Council spokesperson John Kirby said last December that more efforts are being made to ensure the group doesn’t get access to US technology or production equipment. Bloomberg reported that the Biden administration is considering the potential designation of Wagner as a foreign terrorist organization.

Libya has been divided and drowning in chaos since a revolt that ended with the killing of Moammar Gadhafi in 2011. The country is split between two governments, one led by Abdul Hamid Dbeibah based in Tripoli, with the support of the United Nations and the international community, and another led by Fathi Bashagha in eastern Libya.

The chaos that ensued left a power vacuum that was filled by different groups and a power struggle with armed militia forces scattered everywhere.

Militant activities and sporadic warfare have spread across the country and across the border into the Egyptian desert area.