A Palestinian teenager was killed during a night raid amid increasing tensions in the West Bank, signaling more instability and clashes to come, while President Abbas arrives in Egypt for a tripartite summit. 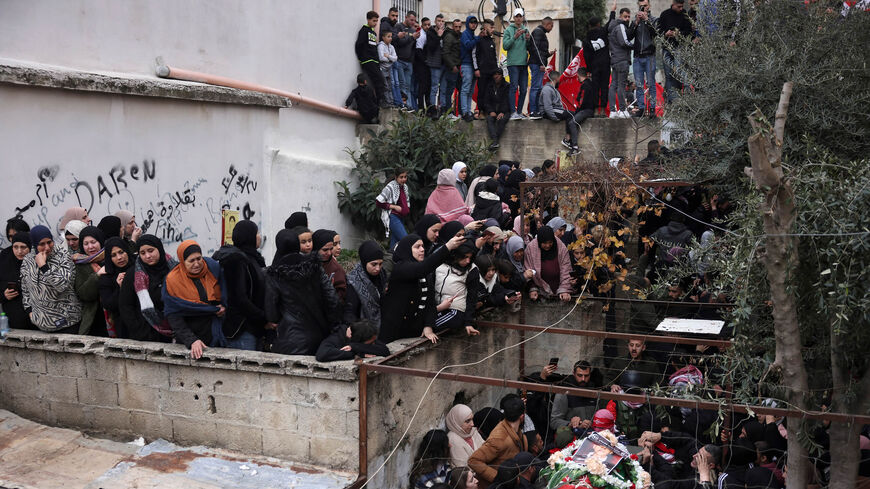 Israeli forces killed a 14-year-old boy Omar Khaled Lutfi Khmour in the West Bank on Monday during a night raid that led to clashes with residents.

Confrontations between Palestinians and Israelis have been on a steady rise in the West Bank in the last few weeks.

Khmour was shot dead in the Dheisheh refugee camp, near Bethlehem. Details of the events are still unknown.

On Friday, a 15-year-old boy and his brother were arrested at 3 a.m. from their home in Balata refugee camp in the West Bank.

Why it matters: The West Bank is at a boiling point, with almost a daily surge in clashes between residents, settlers and Israeli forces. Since the beginning of the year, 14 Palestinians have been killed including four children. According to the Israeli Human Rights organization HaMoked, 294 families reached out to the organization searching for their children after detention.

The organization published a report saying that children should be summoned before the arrest. “Israel’s conduct toward Palestinian children wanted for questioning constitutes a severe violation of its international legal obligations,” it wrote.

The group was able to force the Israeli military, through legal procedures, to introduce a “procedure for summoning suspected minors before planned arrest,” the Arab News reported. Nevertheless, in almost 300 cases studied by the group not a single family in the West Bank received a summons.

Know More: According to media reports, night raids are a strategy used by Israeli authorities to cause psychological trauma and instill fear that have lingering effects, even after charges are dropped and children returned.

The situation is not expected to get any calmer as Prime Minister Benjamin Netanyahu’s far-right government was sworn in last December. Newly appointed National Security Minister Itamar Ben-Gvir instructed police just over a week ago to remove Palestinian flags from public places, as such acts could be considered incitement to terror.

The Gaza Strip is also witnessing clashes of its own, with a Palestinian population that feels increasingly trapped. On Monday, Hamas released a video showing an Israeli citizen captured in 2014, believed to have a history of mental illness, asking for help. According to media reports, the timing of the video is to enforce a prisoner's swap and a message to Israel's new army chief. The video and content could not be independently verified.