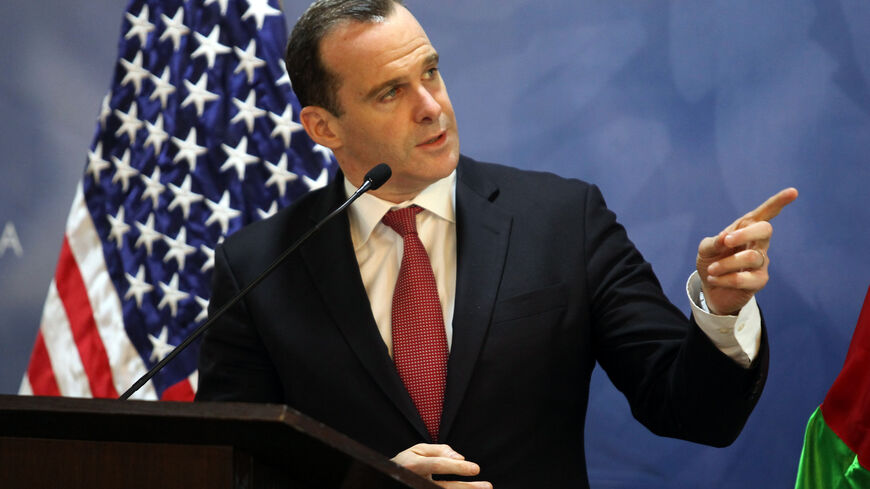 White House Coordinator for the Middle East and North Africa Brett McGurk and Iran's Quds Force commander Esmail Qaani both arrived in Baghdad on Monday, with the timing of the visits raising questions about the ongoing US-Iran rivalry in Baghdad.

Iraqi Prime Minister Mohammed Shia al-Sudani received McGurk in his office on Monday evening. According to the prime minister's media office, the meeting focused on strengthening relations between Iraq and the United States.

This comes prior to Iraqi Foreign Minister Fuad Hussein's visit to Washington in February for meetings of the Higher Coordinating Committee of the Strategic Framework Agreement between the two countries.

Sudani met Iran's Qaani following his talks with the US envoy. This meeting comes at a time when the Coordination Framework, a bloc of Shiite forces close to Iran, suffers from political divisions and as Muqtada al-Sadr prepares for a comeback to politics. This would put the Sudani government in a critical situation, weakening its position internally.

The Iraqi prime minister is coming under pressure from Iran-backed militias in Iraq, as they demand the full expulsion of the US forces, while continuing their attacks on Iraqi military bases hosting US trainers and advisers.

Sudani pushed back in an interview with The Wall Street Journal on Sunday that he does not favor a US pullout.

“We think that we need the foreign forces,” he said.

In his meeting with McGurk, Sudani affirmed his government's determination to enhance cooperation with friendly and brotherly countries, including the United States.

The meeting was also attended by the US special presidential coordinator for Global Infrastructure and Energy Security, Amos Hochstein. The presence of Hochstein raised questions about the reason behind having him included in the envoy at this time.

Al-Monitor has learned from a well-informed source that Hochstein's presence was related to US efforts to encourage Iraq to push forward the project of transferring Kurdish gas to Europe, amid the energy crisis following Russia's war in Ukraine.

The gas fields in northern Iraq were attacked several times last year by unidentified militias. The attacks were read as a reaction from Iran and its proxies to the attempt of investing in the region. Iran has formed a military alliance with Russia in the war, by selling Moscow lethal drones.

During the meeting with Sudani, McGurk affirmed his country's support of the Iraqi government's projects in the energy sector, infrastructure development, and combating climate change.

The US envoy also visited Iraqi Kurdistan where he met with the president of the Kurdistan Region Nechirvan Barzani.