A high-ranking Kurdish delegation led by Kurdistan Region Prime Minister Masrour Barzani met with officials in Baghdad over energy, security and finance disputes — but no resolution is expected. 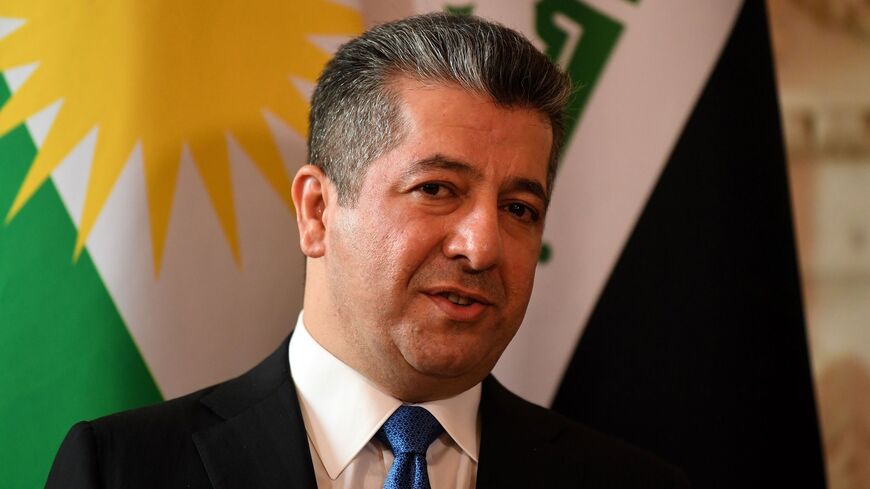 Barzani was accompanied by several high-ranking Kurdistan region officials, including the ministers of finance and electricity; the chief of staff of the cabinet; and the representative of the regional government in Baghdad.

On the Iraqi side, the participants included the ministers of oil and planning, in addition to ministers of finance; construction and housing; and other top officials.

According to the Iraqi prime minister's media office, the meeting focused on the Kurdistan region's 2007 oil and gas law, which an Iraqi federal court ruled unconstitutional last February, creating a major dispute between Baghdad and Erbil. The Kurdistan Regional Government (KRG) has exported oil independently through a pipeline to Turkey. It is also investing in the gas sector significantly.

Following the court ruling, the previous government immediately took action against foreign companies in the Kurdistan region, leading to the closure of many. However, the legal action stopped when the new government was formed last October.

The court ruling was part of a series of pressures facing the triple alliance of Muqtada al-Sadr, Muhammad Halbousi and Masoud Barzani in Baghdad. The pressure finally led Sadr to withdraw his bloc from the parliament, opening an unexpected opportunity for his Shiite rival, the Coordination Framework, to form the government.

The KRG's share of the national budget was also on today's agenda. The amount of this share is disputed between the two sides, and it varies from 12 to 17 percent, in return for Erbil handing over oil revenue to Baghdad — which it currently refuses to do.

As a consequence, many KRG employees have not been receiving salaries for months, prompting Baghdad to provide 200 billion dinars to Erbil a few times.

The presence of outlaw groups in the Kurdistan region has created an excuse for Turkey and Iran to bomb northern Iraq. The situation was also among the issues discussed today.

Sudani held a phone call with Turkish President Recep Tayyip Erdogan on Tuesday as well, seeking cooperation with Turkey in fighting these groups.