LIV Golf is accused of tracking 9/11 victims who have been protesting the breakaway league. The leader of 9/11 Justice called the accusation “bone-chilling,” and LIV has yet to comment. 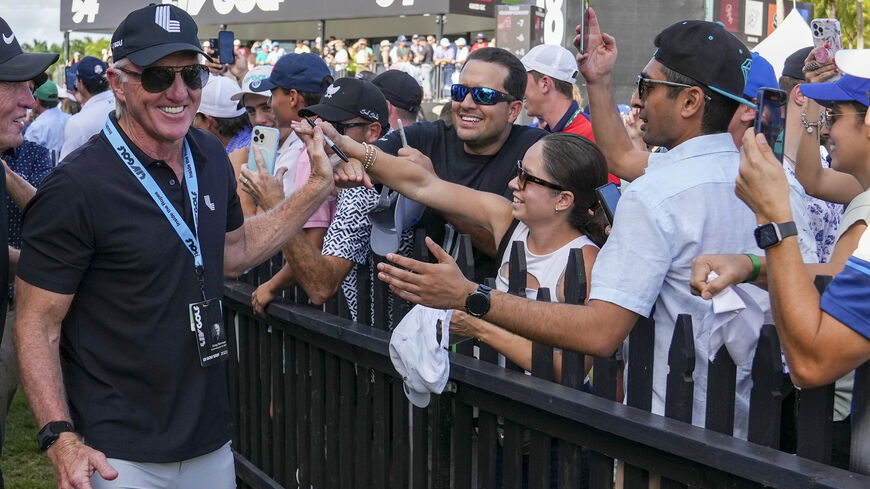 LIV Golf’s legal fight with the PGA Tour is heating up again, this time with an accusation that the Saudi-funded league is gathering intelligence on the victims of the September 11 attacks.

What happened: Last August, a group of LIV Golf players sued the PGA Tour for suspending them. The players were suspended after signing on to participate in LIV’s rival golf competition, which is backed by the Saudi Public Investment Fund.

Last month, LIV Golf filed a motion in the US court system to compel the American company Clout Public Affairs, which represents the PGA, to produce documents related to the case. LIV also accused Clout of “fomenting the anti-Saudi sentiment,” according Golf Channel.

Clout also notably represents 9/11 Justice, which advocates for the release of information related to September 11.

LIV Golf did not respond to Al-Monitor’s request for comment.

Reactions: Brett Eagleson, who leads 9/11 Justice, told Al-Monitor that the allegation of information gathering “is bone-chilling to the 9/11 community.”

Eagleson also slammed the American golfers and lawyers working with LIV, accusing them of taking “blood money and hiding behind the game of gold to justify their greed.”

9/11 Justice has long believed that some Saudi government officials played a role in orchestrating the attacks, pointing in particular to an FBI report the Biden administration declassified in 2021. The Saudi government has consistently denied the charges.

Some LIV supporters on social media have tried to discredit 9/11 Justice’s work against LIV by tying the organization to the PGA Tour. The Twitter account @LIVGolfUpdates, which has no official connection to LIV, posted on Wednesday that Clout working for both the PGA Tour and 9/11 Justice is "the biggest story in golf.”

Eagleson acknowledged 9/11 Justice and the PGA have Clout in common and said that 9/11 Justice made a “conscious and calculated decision” to hire the firm.

Why it matters: LIV Golf's first season took the golf world by storm last year. The league has signed many of the most famous golfers in the world, including Phil Mickelson and Sergio Garcia.

LIV Golf has won many supporters in North America due to the unprecedented amount of guaranteed money it offers to participating golfers — including lesser-known ones. The minimum payout for last year’s tournaments was more than $100,000.