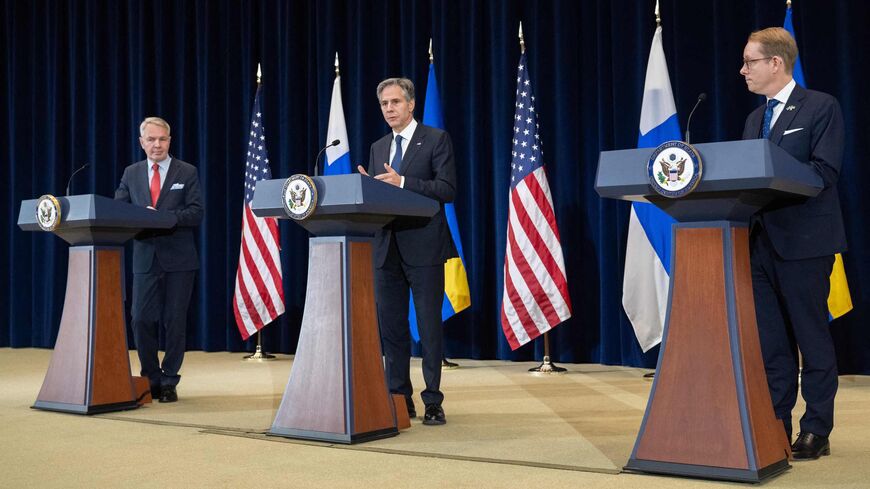 Secretary of State Antony Blinken expressed confidence on Thursday that Sweden and Finland will soon enter the North Atlantic Treaty Organization (NATO), despite the current holdup by Turkey.

“Both countries have taken significant concrete actions to fulfill their commitments, including those related to the security concerns on the part of our ally Turkey,” Blinken said in a news conference at the State Department alongside his Swedish and Finnish counterparts.

“There can be no doubt on anyone's part that they are ready today to be formal members of the alliance,” he added.

In the wake of Russia’s invasion of Ukraine in February, Sweden and Finland abandoned decades of military nonalignment to seek membership in NATO, driven by concerns their countries could be next.

"We are well prepared and eager to join NATO and to contribute to the security of the entire Alliance." - Sweden's Foreign Minister @TobiasBillstrom 🇺🇸🇸🇪🇫🇮 pic.twitter.com/JUYPeoV6IC

Their requests to join the trans-Atlantic alliance require the approval of all 30 member states, 28 of which have so far ratified the required protocols. Turkey and Hungary are the remaining holdouts, although Budapest has indicated its parliament will soon ratify.

“Our hope is that this decision should come from Turkey rather sooner than later,” Finnish Foreign Minister Pekka Haavisto said Thursday.

Turkey's objections mainly stem from concerns that Sweden and Finland are harboring “terrorists,” including Kurdish separatists who have waged a decadeslong insurgency inside Turkey.

In June, the three countries reached a deal aimed at addressing Ankara’s security concerns. The trilateral memorandum required, among other things, that Sweden and Finland lift arms embargoes imposed on Turkey in the aftermath of its 2019 military campaign against US-backed Kurdish fighters in northern Syria.

Some six months later, Turkish officials say the Nordic countries have yet to fulfill their obligations under the memorandum. The thorniest issue appears to be Turkey’s demands for extraditions of dozens of people with alleged ties to groups including the outlawed Kurdistan Workers Party and followers of the exiled preacher Fethullah Gulen.

Most of Ankara’s ire has been directed at Stockholm, which lifted its ban against exporting military equipment to Turkey this September and passed a constitutional amendment tightening its anti-terror laws last month.

“But the fulfillment of a memorandum has to take place within the framework of the constitution that we have in Sweden," Billstrom said. "This is something which the Turkish government is well aware of."