Turkey, Sweden and Finland will hold a new round of talks for the Nordic accession to NATO, but Ankara appears to be waiting for more from the Nordic states. 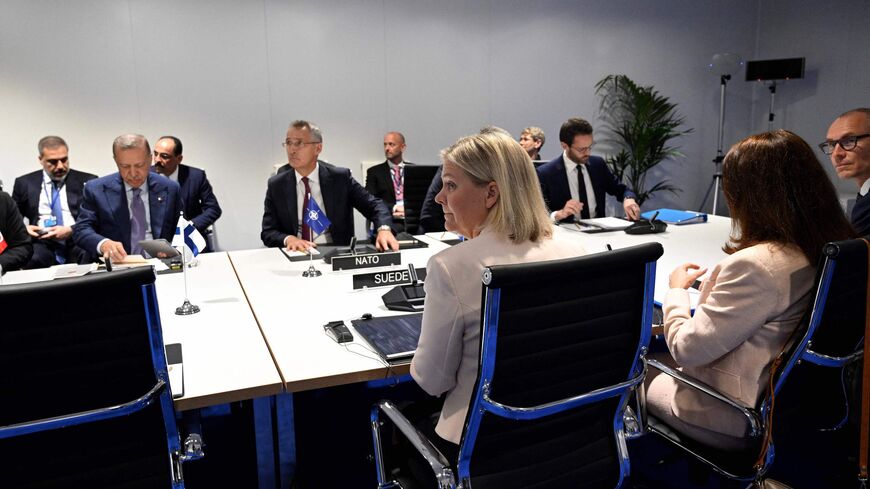 Top Turkish, Finnish and Swedish diplomats will hold a trilateral meeting on the sidelines of a Nov. 29-30 NATO summit in Bucharest to discuss the Nordic countries’ NATO membership bids, Turkey’s Foreign Minister Mevlut Cavusoglu said Monday, cautioning that no breakthrough is expected.

Sweden and Finland have abandoned their historical policy of military non-alignment following Russia’s invasion of Ukraine, officially applying to NATO membership. Yet Turkey has threatened to impede the expansion unless Stockholm and Helsinki fulfill their promises to Ankara under a June deal reached between the three countries. Under the deal, both Nordic capitals pledged to address Ankara’s security concerns and to lift their de facto arms embargo against Ankara.

Cavusoglu said the talks between Ankara and the Nordic capitals over the alliance’s enlargement “are progressing positively,” but added the countries have yet to fully address Turkey’s security concerns. “They haven’t taken some concrete steps yet. They haven’t met our concrete expectations regarding extraditions and legal regulations,” he was quoted as saying in the Turkish press.

Stockholm lifted the ban against exporting military equipment to Turkey in September, and passed a constitutional amendment tightening its anti-terror laws earlier this month. But Ankara has wider requests including tighter restrictions on the activities of groups and individuals affiliated with groups that Ankara consider “terrorists.”

The Turkish Foreign Ministry summoned Sweden's ambassador Nov. 21, demanding an investigation into a protest held in Stockholm it described as “insulting” to President Recep Tayyip Erdogan. The demonstration was held near the Turkish Embassy in protest against Turkey's ongoing airstrikes against the Syrian Kurdish groups.

Ankara also demands the extradition of dozens of people over their alleged ties with what it considers terror groups, the thorniest issue in the talks between Ankara and the Nordic capitals. Turkey’s broad antiterrorism laws differ from Sweden and Finland, which are widely seen as model democracies.

Turkey’s complaints are largely directed at Sweden, which has been one of the main refuges for dissidents fleeing Turkey over several decades.

"As we've said before, the problems we have with Finland are not that significant. We have rather more problems in Sweden,” Cavusoglu said. “Actually, it’s Sweden which is the country that needs to take more steps," he added.

In solidarity with its western neighbor, Finland announced in June that it would not join NATO without Sweden in the face of Turkey’s threats to block Stockholm's membership bid.

Both NATO and Sweden have ramped up their efforts this month to convince Turkey to ratify the enlargement. On Nov. 3 NATO Secretary General Jens Stoltenberg traveled to Turkey and urged Ankara to lift its objection to the enlargement.

“Finland and Sweden have delivered on their agreement with Turkey," he said in a presser in Ankara flanked by Cavusoglu. "It is time to welcome them as full members of NATO.”

A week later, on Nov. 8, Swedish Prime Minister Ulf Kristersson paid one of his first foreign visits to Turkey after taking office in the hope of sealing his country’s NATO accession. Yet the diplomatic push seems to have failed to impress Ankara.

“Although NATO Secretary General Stoltenberg had said ‘it was time’ in regards to Sweden and Finland’s NATO memberships after our meeting in Istanbul and although some positive steps have been taken, it was decided to continue to work more in the last trilateral meeting,” Cavusoglu said. “This means they fulfilled some of their obligations in the memorandum and have not fulfilled some of them.”

Sweden and Finland’s efforts to join NATO have been largely welcomed within the 30-member trans-Atlantic alliance. Turkey remains the sole holdout after Hungary’s Viktor Orban announced Nov. 24 that his country would ratify the Nordic accession early next year.