Protesters and some observers are skeptical the agreement will end the political crisis in the east African country, but the United States and Gulf states have praised the deal. 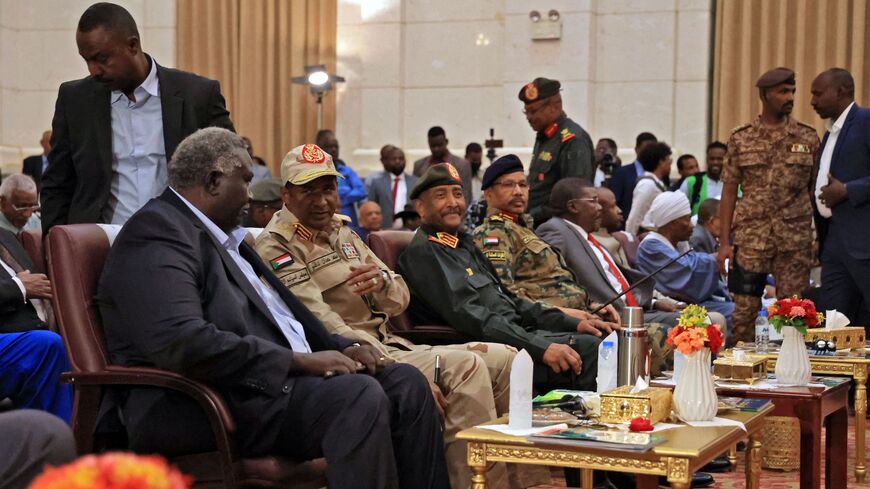 The Sudanese military and pro-democracy actors came to an agreement on Monday to potentially end the political gridlock in the country following last year's coup.

Sudan's military leader Gen. Abdel Fattah al-Burhan signed the agreement with the Forces for the Declaration of Freedom and Change, a coalition of pro-democracy groups advocating for a civilian transition.

The deal stipulates that the military, which has been ruling the country since 2021, will join a security and defense council under a new prime minister. However, the document did not set a date for a final agreement, nor did it specify military reforms, and it is opposed by some protest groups, according to multiple reports.

Why it matters: Sudan has been in political turmoil since 2019, when longtime ruler Omar al-Bashir was deposed in a military coup. A committee composed of a wide array of political actors as well as military officials then assumed the role of head of state via the Sovereignty Council, while civilian Abdulla Hamdok became prime minister. However, Burhan then ousted Hamdok and the council in another coup last year.

The 2021 coup led to a major political crisis in Sudan. Burhan promised to quickly appoint a cabinet after the coup and lead the country to elections in 2023, but he did not deliver on it. The economy has also collapsed under his rule and violence is on the rise, as Marc Espanol reported for Al-Monitor in October.

Cameron Hudson of the DC-based Center for Strategic and International Studies said he is skeptical today’s agreement will immediately lead to an end of military rule.

“I am skeptical that this framework agreement is anything more than a tactical maneuver by the military to buy more time and space,” Hudson, a senior associate for the center’s Africa program, told Al-Monitor. “It essentially returns the country to the position it was in originally in 2019 after the fall of Bashir.”

Hudson added that the question remains whether any future elections in Sudan, if they occur, will be free and fair.

“The question is, will those elections be genuinely free and fair and will they lead to the fundamental transformation of the Sudanese state?” he said. “I think we have to recognize that to date, the leopard has not changed its spots and there is nothing in evidence to suggest that it intends to going forward.”

There were protests in the Sudanese capital Khartoum today in response to the agreement. Some protesters told Al Jazeera that the agreement does not meet their demands.

“This is an essential first step toward establishing a civilian-led government and defining constitutional arrangements to guide Sudan through a transitional period culminating in elections,” read the statement. “We commend the parties’ efforts to garner support for this framework agreement from a broad range of Sudanese actors and their call for continued, inclusive dialogue on all issues of concern and cooperation to build the future of Sudan.”